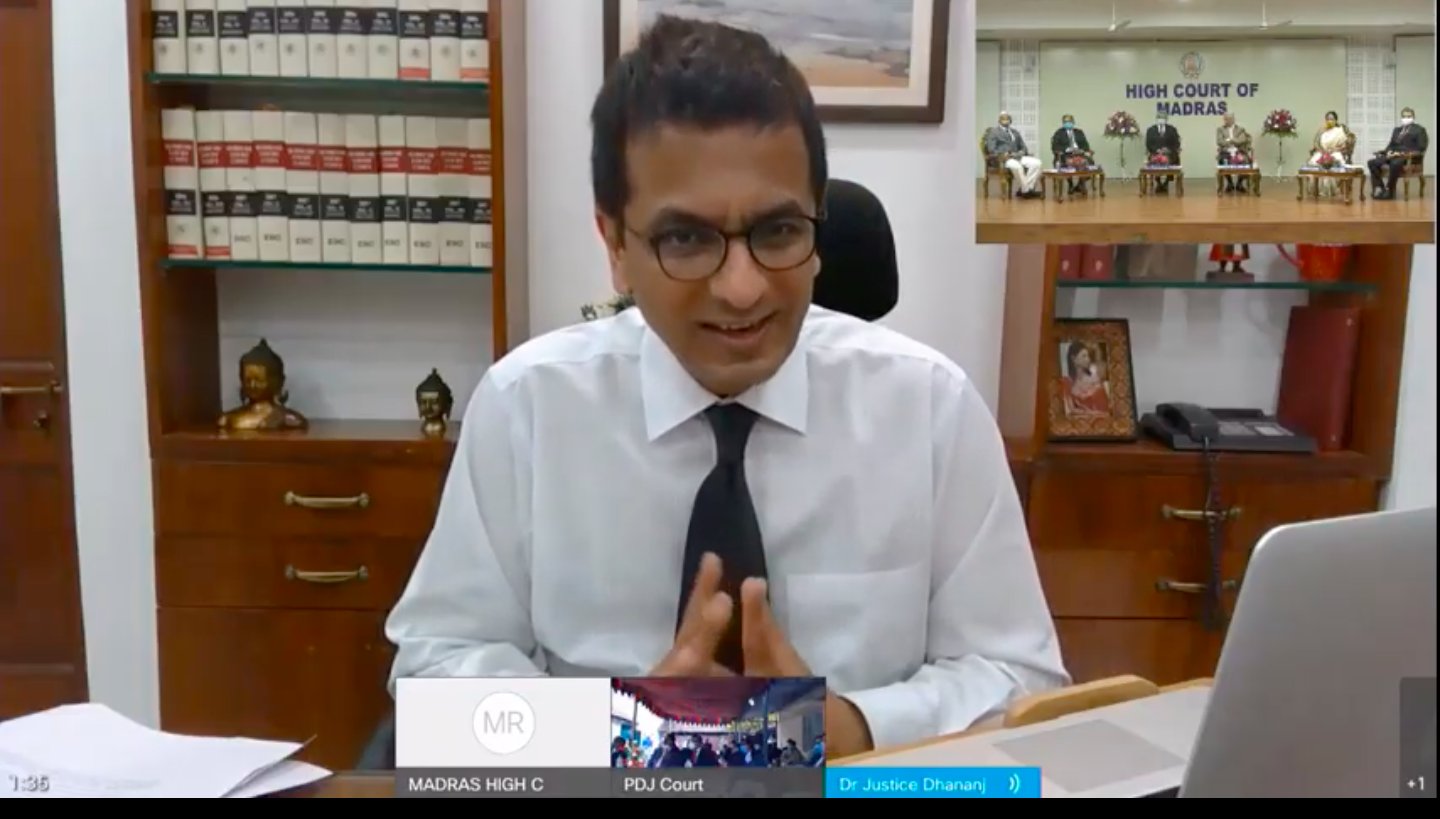 The functioning of courts via virtual medium has increased the productivity of young lawyers, particularly women lawyers, said Justice D Y Chandrachud, judge of the Supreme Court."I am particularly impressed with the number of juniors who are appearing in SC in virtual courts. They have a sense of confidence. They are not daunted by a real physical court where they have to argue in front...

"I am particularly impressed with the number of juniors who are appearing in SC in virtual courts. They have a sense of confidence. They are not daunted by a real physical court where they have to argue in front of hundreds of lawyers", he said.

"I would particularly like to emphasize the role of women lawyers. Many young women carry multifold responsibilities at home, office etc. This(virtual Courts) ensures a very high level of productivity for young women lawyers. Because they know when their case will be called out. So they don't have to wait in the court for the whole day. This is a remarkable change", he added.

Justice Chandrachud, who also happens to be the Chairman of the e-committee of the Supreme Court, was speaking at the virtual inaugural function for the five e-courts projects of the Madras High Court.

He virtually inaugurated the 'National Service and Tracking of Electronic Project(NSTEP)',  E-Seva Kendra at Yercaud, E-Court Services, Biometric Attendance for all district courts in Tamil Nadu and e-way finder at the principal seat of the Madras High Court at Chennai.

Highlighting the 'technological divide' in India, Justice Chandrachud emphasized on the importance of e-seva kendras.

"We as members of the judiciary cannot tell a litigant that we cannot provide you services because you do not have internet or a smartphone. Therefore, the e-committee of the SC has taken up the obligation of ensuring that there are e-seva kendras in every court-complexes in India, over 3200 court complexes in India", he said.

He also opined that the statistics available in the National Judicial Data Grid (NJDG) can be used for a 360 degree assessment of judicial officers not just in the terms of the cases they dispose but also how far the courts which they manage incorporate the ICT governance system.

He further suggested that the land records of the state should be digitally linked with the courts so that the judges can ascertain the encumbrances on the land and verify if they are available for being furnished as security etc.

The judge also shared some statistics to illustrate the functioning of e-courts over the past five months amid the COVID-19 pandemic and the lockdown.

"We had about 95,000 advocates hearing the proceedings (in SC). 245 persons appeared as party-in-person through virtual courts (in SC). 5,000 advocates actually appeared (in SC) via virtual hearing during the period from March 24 to September 13", he said.

He said that projects like NSTEP can weed out delays and corruption in the service of summons. E-Courts services can ensure that the justice system is accessible to every common citizen.

He also said that the e-committee was planning to give tutorials to young lawyers in diverse languages so that they can easily adapt to the use of technology in judicial system.

Chief Justice of the Madras High Court, delivering the keynote address during the virtual function, said that the changes brought by virtual courts were encouraging.

"Virtual hearings in Madras HC are a great success. There has been no response for physical hearing. We are overloaded with cases for virtual hearings. Some judges have heavy dockets sitting beyond even 6 PM", he said.

The Chief Justice added that some judges in trial courts succeeded in recording evidence via virtual courts. This meant that witnesses did not have to travel long distances to reach the court.

"1.83 lakh cases were filed in the District Courts in Tamil Nadu during March 26 to September 15 via virtual medium and 1.29 lakh cases were disposed of during the said period", he said.

Justice Pushpa Sathyanarayana, HC judge, delivered the vote of thanks.