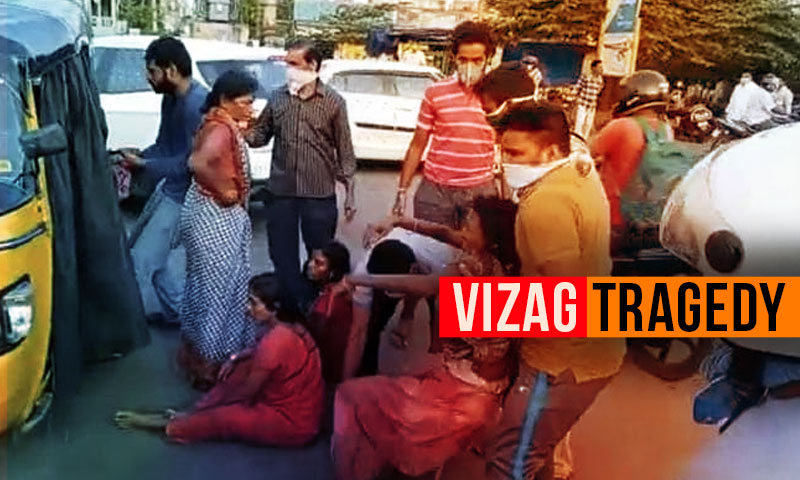 The Supreme Court on Monday requested the High Court of Andhra Pradesh to expeditiously decide the pending pleas of LG Polymers challenging sealing of the plant and praying for grant of access to the plant.A bench of Justices UU Lalit, MM Shantanagoudar & Vineet Saran also restrained the disbursal of the deposit amount of 50 Crores by LG Polymers for 10 days. This came in light of...

The Supreme Court on Monday requested the High Court of Andhra Pradesh to expeditiously decide the pending pleas of LG Polymers challenging sealing of the plant and praying for grant of access to the plant.

A bench of Justices UU Lalit, MM Shantanagoudar & Vineet Saran also restrained the disbursal of the deposit amount of 50 Crores by LG Polymers for 10 days.

This came in light of a submission of Senior Advocate Mukul Rohatgi (appearing for LG Polymers) that the petitioner seeks to challenge the order of the National Green Tribunal dated June 1, 2020 whereby it held that the Tribunal had jurisdiction to initiate a suo motu proceedings as well the recommendation(s) passed.

During the course of the hearing Rohatgi insisted that the District Magistrate had disallowed entry of two personnel out of 30 into the plant, on account of them being lawyers, even though the Supreme Court had earlier directed them access. This, he added was in direct contravention of the orders of Top Court.

Further to this, Rohatgi stated that the sealing of the plan was uncalled and was an unconstitutional decision by the Andhra Pradesh High Court. He urged the bench to de-seal the plant, thereby staying the sealing order of the High Court dated May 24, 2020.

Rohatgi: It has been sealed. Its a highly specialised plant. The condition of sealing my plant, without expert opinion by the HC is misplaced. This order of the sealing is unconstitutional.

Justice Lalit: We don't think it was unconstitutional. We will not at this juncture, go into this issue. If anything, it was the fault of the Manufacturers [that led to the gas leak ]

Senior Advocate Mukul Rohatgi also stated that the order of the High Court of restraining directors from leaving the country was also under challenge before Top Court today.

Rohatgi: I am challenging the order of sealing the Plant [at Vizag] and deposit of passports by Directors. We are not criminals that we'll run away!

Additionally, Mr. Rohatgi stated that the AP High Court was seized of the pleas but had not taken up the matter in light of the vacations .

In light of this, the bench directed that the High Court shall take up the matter and expeditiously dispose off the pending applications seeking continual access to the plant and the other which was filed because original records of were being sought from the concerned authorities, which the Petitioner-Company presently did not have access to.

Justice Lalit: We will request the High Court to dispose off all the pending applications within this week itself.

In a suo motu case registered against the fateful incident of chemical gas leak at Vizag in Andhra Pradesh, the National Green Tribunal has constituted a five-member Committee to inspect the site and submit a report to it within ten days.

A bench comprising of Justice Adarsh Kumar Goel, Chairperson; Justice Sheo Kumar Singh, Judicial Member and Dr. Nagin Nanda, Expert Member have also in the interim directed LG Polymers India Pvt. Ltd., owner of the plant from where the gas leaked, to deposit a sum of Rs. 50 Crore, with the District Magistrate, Vishakhapatnam.

A major leak of Styrene gas occurred from a polymer plant near Visakhapatnam, impacting villages in a five-km radius, leaving many people dead and scores of citizens suffering from breathlessness and other problems.