Waiting For 2 Years Is Disturbing, When You Are Not Aware Of Reasons For Delay In Appointment, Says Newly Sworn-in Kerala HC Judge Justice PV Kunhikrishnan 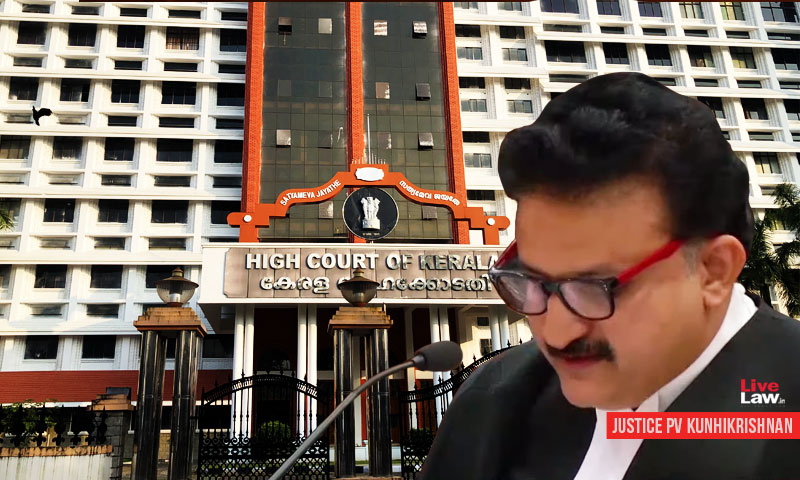 "It is true that, I have waited about two years to clear my name. I believe the constitutional authorities of our country. While making appointments to constitutional posts, it may take time. But, this waiting period is really painful." Justice PV Kunhikrishnan was sworn in as an Additional Judge of the Kerala High Court on Thursday, February 13. Speaking at his swearing-in...

"It is true that, I have waited about two years to clear my name. I believe the constitutional authorities of our country. While making appointments to constitutional posts, it may take time. But, this waiting period is really painful."

Justice PV Kunhikrishnan was sworn in as an Additional Judge of the Kerala High Court on Thursday, February 13.

Speaking at his swearing-in ceremony, Justice Kunhikrishnan began by expressing his gratitude towards the Collegium members for recommending his name.

The SC Collegium had recommended elevating Kunhikrishnan on October 9, 2018. His name was however referred back by the Department of Justice to the Chief Justice of India for reconsideration.

In February last year, the Collegium reiterated its earlier decision to elevate Kunhikrishnan, which was finally cleared by the Centre on Monday, February 10.

Talking about this "painful" waiting period of almost two years, Kunhikrishnan requested the lawyers to avoid questioning the persons who have been recommended for judgeship.

"If you come across a news that, the name of a person is recommended for the post of Judgeship, please avoid questions and behavior like this to them:-

(1) When will your appointment order will come

(3) Are you appearing in Courts now…"

He persuaded them not to show unnecessary respect to such lawyers or give them unwarranted publicity, especially to the lower court lawyers that, the candidate stopped practicing as a lawyer because he is going to become a Judge.

He said that such "waiting for two years is really disturbing, especially when you are not aware about the reason for the delay in the appointment."

In this backdrop, he requested the lawyers to "Always encourage them to appear in cases and to continue their vigor of advocacy."

"I faced all these problems and it happened not because of any ill will towards me from my dear friends. This is the usual procedure followed by all lawyers. Now, when you face these problems personally, we will understand the gravity of the same," he explained.

Nevertheless, Justice Kunhikrishnan averred that he understood that the time taken in his case was usual, because while making constitutional appointments, the authorities are duty bound to be extra-cautious.

Elaborating on this aspect, he recalled certain instances where judicial recommendations were deferred due to candidates' political affiliation. In this regard, he quoted Justice UL Bhat that if such a philosophy was adhered to, the Indian judiciary would have lost services of certain esteemed judges, (as he went on to reiterate their names).

He quoted Justice Bhat in his book titled 'Story of a Chief Justice by U.L.Bhat',

In his book, Justice Bhat narrates a story regarding a selection process to the post of Munsiff, in which he participated. Advocate U.L Bhat was practicing at that time at Kasaragod Bar. At that time, Public Service Commission was conducting the selection to the post of Munsiff. After the test and interview, Justice Bhat became No.1 or 2 in the merit list. But, thereafter, he received a letter from the State Home Department informing that, he is debarred from the post of Munsiff, without assigning any reason. Justice U.L Bhat was sure that, his appointment was blocked by the Government, because he was an active member of a political party. This decision of the Government was challenged before this Hon'ble Court by Justice U.L Bhat, through Justice V.R. Krishna Iyer, who was a lawyer practicing in this Court at that time. The Division Bench of this Hon'ble Court dismissed the Writ Petition filed by the Justice U.L. Bhat after perusing the files relating to the appointment, but without disclosing the reason for debarring him for appointment. Justice U.L. Bhat, in his book, after narrating the above facts, wrote like this.;

"If the philosophy propounded by the Division Bench of the High Court of Kerala in the case of K.George and U.L. Bhat had been implicitly followed by the Constitutional Authorities involved in appointments to the High Court and Supreme Court, 7 our judiciary would have lost services of Judges like, Justices V.R. Krishna Iyer, O.Chinnapra Reddy, D.A. Desai, P.B. Sawant, R.P.Sethi, P.Subrahmanyan Potti, M.P.Menon, S.K.Kader, V.Sivaraman Nair, C.S.Rajan , K.Balakrishnan Nair, K.A. Abdul Gafoor, K.K.Dinesan, V.K.Mohanan and others who have been leftist bent of mind and Justice K.S.Hegde, K.T.Thomas, P.Janakiyamma, K.K. Narendan, who were inclined towards the congress before their elevation as Judges and Justice Kurian Joseph, who before his elevation was a supporter of Kerala Congress party. Many of them were splendid Judges of great erudition, common sense and commitment to constitutional values. The real question is the degree of his commitment to his oath of office and the values of the constitution and constitutional vision. Many a Judge- non political before appointment – has fallen by the way".

He recalled a "light moment" during his selection process.

"After putting certain questions to me by the Hon'ble Judges of the Collegium, the then Chief Justice of India Hon'ble Justice Ranjan Gogoi asked me a question, which goes like this:- 'Will you smile like this if you become a Judge?'

I gave a reply smile, but, the Hon'ble Chief Justice repeated the same question for which I gave a positive nod."

Referring to this incident he said,

"While upholding the oath of office taken by me now and while upholding the Constitution and constitutional values while acting as a Judge of this Hon'ble Court, I assure you that I will try to keep the words given to the Hon'ble former Chief Justice Ranjan Gogoi."