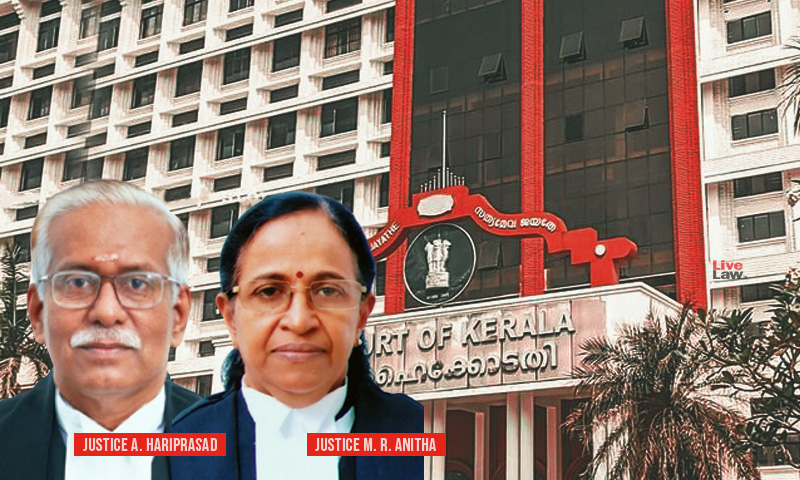 While ordering re-trial in the Walayar rape-death cases, the Kerala High Court observed that the flaws in the initial investigation, unskilled prosecution and also the passive involvement of the trial judge led to the acquittal of all accused.The High Court even went to the extent of saying that such flaws cumulatively resulted in making the trial a "mock trial"."...we are fully convinced ...

While ordering re-trial in the Walayar rape-death cases, the Kerala High Court observed that the flaws in the initial investigation, unskilled prosecution and also the passive involvement of the trial judge led to the acquittal of all accused.

The High Court even went to the extent of saying that such flaws cumulatively resulted in making the trial a "mock trial".

"...we are fully convinced that the perfunctory initial investigation and cursory, desultory and unskilled prosecution coupled with the lack of involvement by the trial Judge resulted in miscarriage of justice and the consequential unmerited acquittals in all these cases. Certainly, the fact situations in these cases reveal extraordinary circumstances requiring extraordinary remedies. Therefore, we have no hesitation to hold that trial in all the above Sessions Cases have been lowered to the level of mock trials".

The case related to rape and death of two sisters, aged 13 and 9 years respectively, in Walayar in Kerala in 2017. The elder sister, aged 13, was found hanging in her house on January 13, 2017. Within two months, the younger sister, aged 9, was also found hanging in her house on March 4, 2017. Both of them belonged to Scheduled Caste community. As per the postmortem reports, both the girls were subjected to sexual assault. The autopsy report in the case of the younger girl even suggested the possibility of homicidal hanging.

The police however did not explore the angle of murder, and final report was submitted against four accused - V Madhu, M Madhu, Shibu and Pradeep Kumar- for offences of abetment of suicide, rape and unnatural sex under the Indian Penal Code and penetrative sexual assault under the POCSO Act. According to the police, the girls committed suicide due to intolerable sexual assault by the accused persons. One of the accused, Pradeep Kumar, died last November in a suspected case of suicide. One accused is a juvenile and is facing proceedings before the Juvenile Justice Board.

"We are constrained to observe that the initial part of the investigation in these cases was utterly disgusting", the judgment authored by Justice Hariprasad observed.

The Court observed that the initial flaws in the investigation destabilized the case. Despite a reasonably good job done by the Dy.S.P., the investigating officer, who was deputed to investigate these cases almost a week after the younger girl's death, he could not gather any proper scientific evidence.

"Level of integrity and capability expected of the police officers investigating into the offences against women and children, especially those under the POCSO Act,are very high. They should get proper legal training to understand the nuances of law. Besides, they should be properly instructed to gather scientific evidence in such cases. More importantly, they should be sensitive to the emotions and sentiments of the victims, their family and the society at large while investigating such grave crimes", the HC said.

The High Court noted that the material witnesses who deviated from their previous statements were not effectively cross-examined.

"Although in some cases the prosecutor had put some vague questions under Section154 of the Evidence Act with the permission of the court, we find that the prosecutor miserably failed to confront the witnesses with their previous statements", the HC said.

The prosecutor before the trial court miserably failed to place the entire evidence in a legalistic manner at the time of trial.

The Court lamented that prosecutors are often selected on political considerations overlooking merit.

"Notoriously well known is the fact that the successive Governments make appointments to the posts of public prosecutor and additional public prosecutor mainly considering their political leanings and affinity towards the ruling dispensation. It is a matter of concern that no effective consultation with the District and Sessions Judges happen before appointing public prosecutors for the District Judiciary. Many a time, suitability, integrity and merit are not regarded as the prime considerations. Appointments of Government pleaders and public prosecutors,including the special public prosecutors, can never be regarded as part of any social welfare scheme of the State Government so as to benefit a particular class of advocates disregarding their suitability, merit, integrity and capability.In other words, such posts are not intended to provide employment to the favourites of the ruling dispensation on extraneous considerations. State Government is a constitutional entity and it is duty bound to remember that they are appointing Government pleaders and public prosecutors to discharge their constitutional obligations to maintain law and order".

The Court also noted that the trial judge did not show active involvement in the case. Therefore, the HC has given a direction to the The Director, Kerala Judicial Academy shall to periodically arrange special training programmes for the Additional Sessions Judges handling POCSO cases in order to guide and sensitize them on the legal,social and psychological aspects involved in such cases.

"We are disheartened to note the manner in which the learned Judge conducted the trial. He failed to perform a proactive role at the time of taking evidence", the judgment stated.

The judgment referred to Section 165 of the Evidence Act which enables a judge to put questions to the witnesses.

A trial Judge, in order to discover or to obtain proper proof of relevant facts, may exercise wide powers.

He may approach the case from any point of view and is not tied down to the ruts marked out by the parties. He can ask (1) any question he pleases, (2) in any form, (3) at any time, (4) of any witness, (5) or of the parties and (6) about any fact relevant or irrelevant.

Section 165 is intended to arm the Judge with the most extensive power possible for the purpose of getting at the truth. The effect of this Section is that in order to get to the bottom of the matter before the court,he will be able to look at and enquire into every fact whatever - the judgment quoted Sir James Stephen, the draftsman of the Indian Evidence Act.

"We are afraid, in this case the learned trial Judge utterly failed to exercise his powers under Section 165 of the Evidence Act to get at the bottom to find the truth", the court said.

The Court observed that there was no proper trial in the case. So, the arguments of the accused regarding narrow scope of appellate court to reverse acquittal were not relevant in the case.

"...principles governing the exercise of appellate powers in an appeal against acquittal will arise only if there was a proper trial in the legal sense", the Court said.

"We are of the considered view that two important functionaries in the criminal trial have egregiously failed to perform their duties. Faulty initial investigation and slipshod prosecution throughout are the established reasons prompting us to find that the trial was an empty formality. Besides, lack of involvement by the trial Judge has also contributed to a great extent in not digging out the true facts. We are of the considered view that the appellate court cannot shirk its responsibility to interfere and set things right when it is established that the functionaries in a criminal trial unjustly failed to perform their assigned roles resulting in miscarriage of justice. We have no hesitation to hold in the facts and circumstances of the cases, as borne out from the records, that the accused cannot clinging on to the unmerited acquittals in the sham trials".

Allowing the appeals of the State Government, the division bench set aside the acquittal of the accused. The accused have been asked to surrender before the trial court on January 20. The HC has also given liberty to the prosecution to seek further investigation in the case. One of the four accused, Pradeep Kumar, had died last year in a suspected suicide. Valiya Madhu, Kutty Madhu and Shibu are the remaining three accused.

The Court directed the trial judge to permit the parties to adduce additional evidence.

Detailed reports about the trial court judgment may be read here, here and here