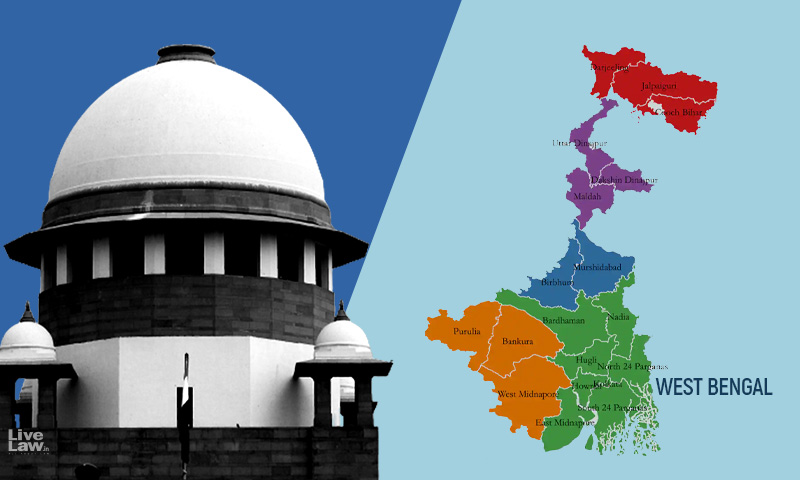 The Supreme Court on Friday stayed an order passed by the Calcutta High Court which directed the CBI to investigate who was the brain behind the application filed by the West Bengal School Service Commission seeking to save the services of illegally appointed candidates by creating supernumerary posts.

A bench led by Chief Justice of India DY Chandrachud stayed the High Court's order- which also directed the personal appearance of the Principal Secretary of West Bengal Education Department Manish Jain- after hearing a petition filed by the State of West Bengal.

Senior Advocate Dr Abhishek Manu Singhvi, appearing for the State, mentioned the petition- which was otherwise not listed today- before the CJI seeking urgent orders, saying that the Secretary of the Education Department has been summoned by the High Court for examination. The senior counsel submitted that the single bench of High Court observed that the Commission has filed the application as a "benami" for someone and directed the CBI probe to find out whose "brainchild" was the application and "who was pulling the strings" at the SSC. "If the HC passes an order in anger, then there is a problem", Dr.Singhvi submitted.

Although the Commission sought liberty to withdraw the petition, the single bench did not permit that, and ordered CBI probe to find out where the application originated from.

The single bench of Justice Abhijit Gangopadhy, who is hearing cases related to the SSC recruitment scam, passed the order. The CBI was asked to submit a report within seven days regarding "the origin of the instruction or the decision for filing of such an application". The application was filed by the SSC to regularize the services of candidates, whose appointments were invalidated following the Court directions in relation to the recruitment scam.

Although the State and the SSC filed intra-court appeals, the division bench of Justices Partha Sarathi Chatterjee and Tapabrata Chakraborty refused to stay the single bench order. In this background, the State rushed to the Supreme Court.

Issuing notice on the State's petition, the bench comprising CJI DY Chandrachud and Justice Hima Kohli ordered : "Pending further orders, order of single judge dated November 23 shall remain stayed. No consequential steps will be taken in pursuance of single judge order including the CBI probe into who filed affidavit".