"We Are The Shiv Sena" : Eknath Shinde Group Argues Before Supreme Court 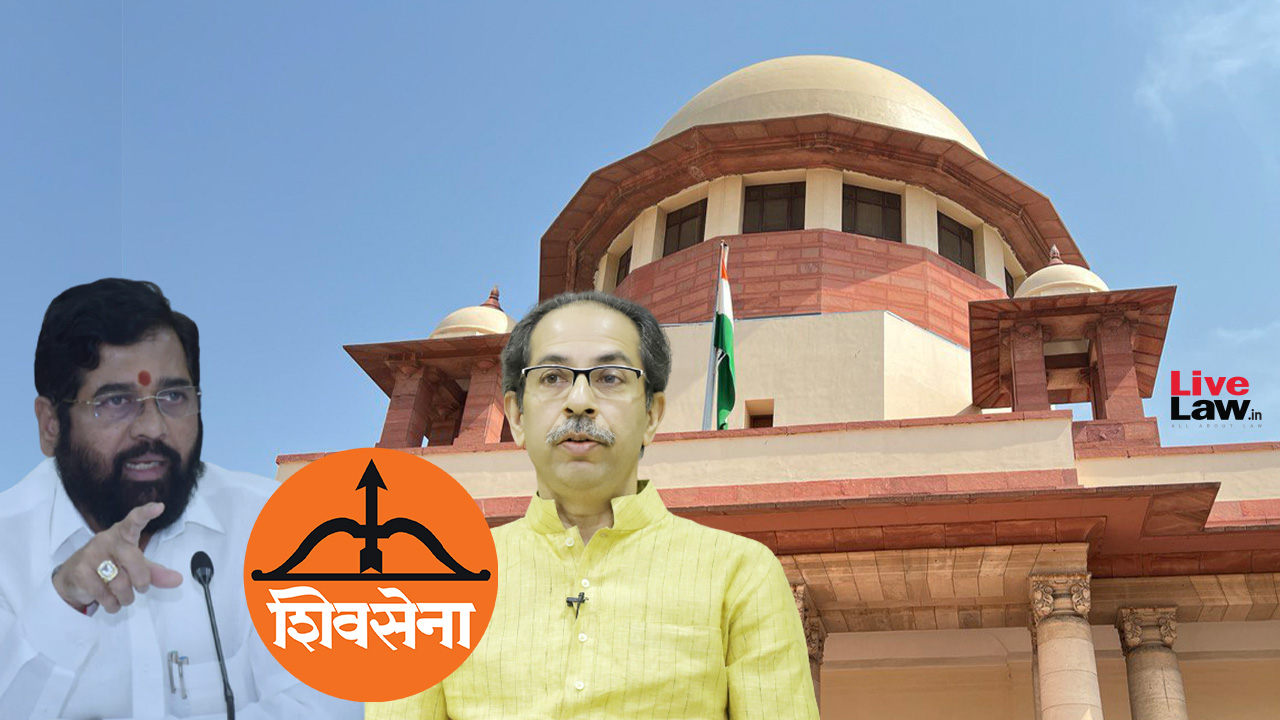 Opposing a plea to stay the floor test ordered in the Maharashtra Legislative Assembly tomorrow for the Maha Vikas Aghadi government, dissident Shiv Sena leader Ekanth Shinde argued before the Supreme Court that his group is the real Shiv Sena.

"We are not leaving the Shiv Sena. We are the Shiv Sena. We have the overwhelming majority", Shinde's lawyer Senior Advocate Neeraj Kishan Kaul submitted before a bench comprising Justices Surya Kant and JB Pardiwala.

Kaul submitted that out of 55 Shiv Sena MLAs, Shinde has the support of 39. He added that 9 independent MLAs have also extended support to Shinde group.

He said that the Uddhav Thackeray group is a "minority within the Party, leave alone the house". "It is the hopeless minority of 16 who are opposing us", he added.

Kaul argued that generally, parties approach the Supreme Court seeking an urgent floor test and it rare that a party opposes it. The Chief Minister's reluctance to face floor test should be prima facie construed that he lost majority in house, Kaul submitted quoting from Kihoto Hollohan judgment. Floor test is the "litmus test" to prove majority and delaying it can lead to horse-trading, the lawyer argued.

Kaul : We are not leaving the Shiv Sena. WE ARE THE SHIV SENA. We have the overwhelming majority.#FloorTest #Governor #SupremeCourt #MaharashtraPoliticalCrisis

At 9PM, after a hearing held over 3 hours at a special sitting which commenced at 5 PM, the Supreme Court pronounced the order refusing to stay the floor test tomorrow.

"We do not find any ground to stay convening of the Special Session of the Maharashtra Vidhan Sabha on 30­6­2022, i.e, tomorrow at 11.00 a.m. with the only agenda of a trust vote", the order stated.

The Court added that the floor test will however be subject to the final outcome of the petition. The petition was filed by Sunil Prabhu, the Chief Whip of Shiv Sena, who argued that the Governor cannot order floor test when disqualification proceedings are pending against 16 rebel MLAs.