Welfare Schemes For Poor Not "Freebies", Assess Cost Of Perks Given To Ministers, MPs/MLAs & Corporates : AAP To Supreme Court 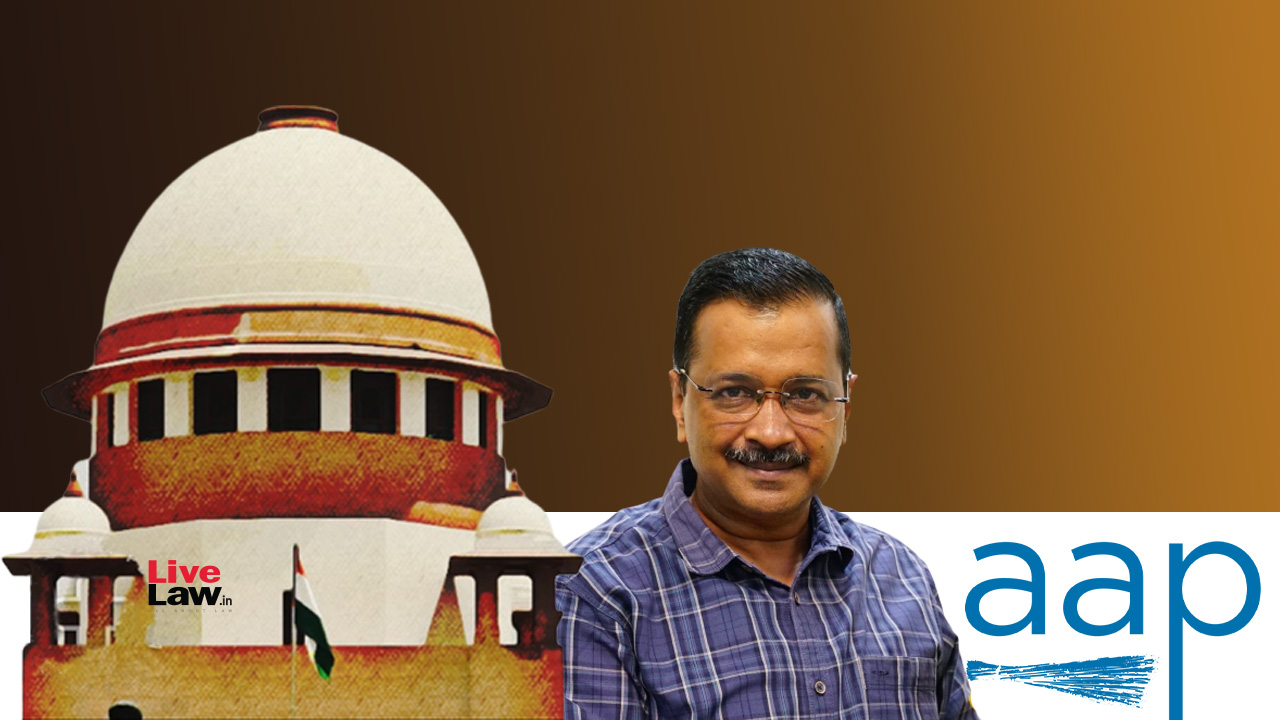 Schemes for the socio-economic welfare of the disadvantaged masses cannot be described as "freebies", said the Aam Aadmi Party in an affidavit filed in the Supreme Court opposing a PIL filed by former BJP Spokesperson Ashwini Upadhyay seeking to control the practice of political parties seeking votes by promising "freebies".In the intervention application, the party, which is governing...

Schemes for the socio-economic welfare of the disadvantaged masses cannot be described as "freebies", said the Aam Aadmi Party in an affidavit filed in the Supreme Court opposing a PIL filed by former BJP Spokesperson Ashwini Upadhyay seeking to control the practice of political parties seeking votes by promising "freebies".

In the intervention application, the party, which is governing the National Capital Territory of Delhi and the State of Punjab, questioned the bona-fides of petitioner Ashwini Upadhyay by saying that he has filed the petition without disclosing his ties with Bharathiya Janata Party and cited instances of the Court pulling up Upadhyay for filing frivolous PILs in the past.

On the merits of the plea, the AAP stated that the Directive Principles of State Policy of the Constitution reinforced the idea that the State should pursue a socialist and welfarist program for bringing an equitable social order where every person has equitable access to basic amenities.

It cited certain instances of welfare programs as :

a. Construction and maintenance of canteens for provision of free or subsidised cooked food to the working poor;

b. Construction and maintenance of night shelters and housing for the poor;

c. Provision of free or subsidized portable water for drinking and other domestic uses up to a certain quantity;

d. Provision of free or subsidised electricity for domestic use of small households so they are not overly burdened;

e. Provision of free or subsidised basic and even advanced healthcare;

f. Provision of free or subsidised education minimally up to the age of 14 as per Article 21 of the Constitution, and ideally thereafter as well;

g. Provision of free or subsidised skill-development and vocational training programmes for empowering the youth and reducing unemployment, which has been an increasing problem over the last few years;

h. Provision of free or subsidised rations and other food materials to sections of the society that cannot afford it for themselves;

i. Provision of mid-day meal schemes in government schools to encourage enrolment and improve nutritional levels among children;

j. Provision of free or subsidised public transportation, particularly for women and other classes of persons in need of better representation in the employment sector;

k. Provision of direct cash benefits to vulnerable classes of persons, such as to young school students belonging to classes typically under-represented in the educational system;

l. Provision of livelihood to persons rendered unemployed for a variety of structural reasons;

m. Provision of capital assets such as sewing machines or bicycles for women or young girls to empower them to pursue livelihood or education.

The AAP said that such measures, which have transformed the lives of weaker sections of the society and which are "absolutely essential in an unequal society such as ours",have been casually termed as "freebies" by the petitioner.

"To describe them as 'freebies', despite their immense social utility and their impact on both the social and economic development of the country, is not just incorrect, but also an affront to our constitutional project above described", the application filed through Advocate-on-Record Shadan Barasat stated.

It said that in numerous developed countries, particularly the Scandinavian nations, the socialist and welfarist model of development has allowed significant leaps in the nations' performance across several markers of progress.

Regulate "freebies" given to political class and big industrial houses

The real discussion on "freebies" should begin with the perks given to political classes, bureaucrats and big industrial houses and not with the welfare schemes given to vulnerable sections to ensure their constitutional right to have a dignified life. The Ministers, MPs and MLAs are given free housing in national and state capitals and other perks. If the Court wishes to go into the issue, there should be an assessment of the cost incurred by the State largesse given to political classes and big businesses.

"It is necessary to have an assessment of the expenditure by the State on the political and governance class, both at the Central and the State levels, and prune that first before any deserving benefits to the common man are targeted".

Also, selective benefits and corporate tax cuts are given to certain industrial houses.

"the Centre has spent or foregone significant amounts from the exchequer and willingly taken on the concomitant fiscal loss, whenever it has come to aiding the corporate sector and further enriching the rich. The Petitioner because of his politics has consciously chosen not to flag the large amount of fiscal loss which the State and consequently the people suffer because of the very selective benefits which are given to certain industrial sectors, the net effect of which is to benefit and enrich certain business houses. For instance, in the last few years, various policies relating to taxes and duties have been amended to favour big business. News reports in this respect are enclosed here. If something needs to be rationalised for conservation of national resources, it is these benefits which primarily enrich the enriched, rather than benefit the deserving masses which the Petitioner wrongfully calls freebies", application stated.

On August 3, a bench led by the Chief Justice of India, saying that the issue of "freebies" was a serious one, observed that an expert body should be constituted to examine the matter. The bench suggested that the expert panel could comprise representatives of the Central and State Governments, opposition political parties, Election Commission of India, Finance Commission, Reserve Bank of India, NIT Aayog etc.

Before the Court, the ECI has taken a stand that it is not within its mandate to regulate the policies which a party might adopt after getting elected. "That offering/distribution of any freebies either before or after the election is a policy decision of the party concerned and whether such policies are financially viable or its adverse affect on the economic health of the State is a question that has to be considered and decided by the voters of the State. The Election Commission of India cannot regulate state policies and decisions which may be taken by the winning party when they form the government. Such an action, without enabling provisions in the law, would be an overreach of powers," the affidavit of ECI stated.

The Central Government, through the Solicitor General of India, told the Court that the "freebies" distort the infored decision making of the voters and can lead to economic disaster.