What Are The Steps Taken For The Payment Of Minimum Wages To Migrants: SC Asks Centre 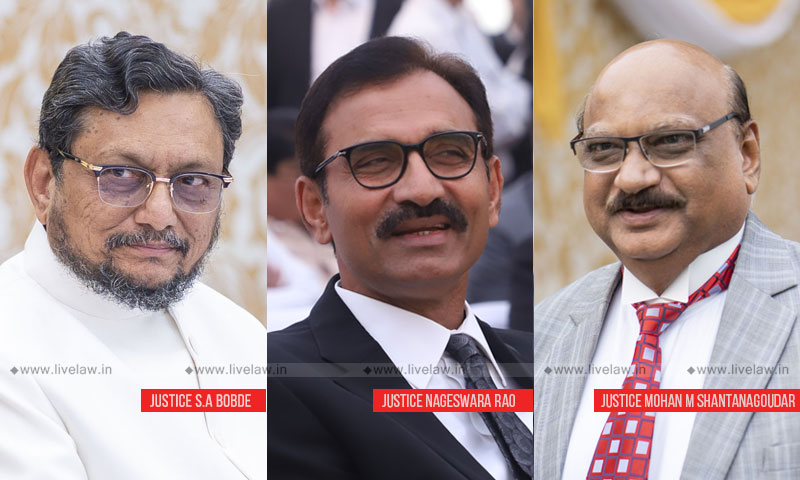 The Supreme Court of India heard a batch of petitions concerning the plight of migrant workers who had been rendered unemployed and were stranded due to the national lockdown imposed in wake of the Coronavirus (COVID-19) outbreak. A petition had been filed by activists Harsh Mander and Anjali Bhardwaj, seeking a direction to the government for payment of wages to the...

The Supreme Court of India heard a batch of petitions concerning the plight of migrant workers who had been rendered unemployed and were stranded due to the national lockdown imposed in wake of the Coronavirus (COVID-19) outbreak.

A petition had been filed by activists Harsh Mander and Anjali Bhardwaj, seeking a direction to the government for payment of wages to the migrant workers. Additionally, Member of Parliament Mahua Moitra had written a letter to the Chief Justice of India SA Bobde and the Court had suo moto taken up the issue regarding the migrant workers being stranded due to the lockdown.

Advocate Prashant Bhushan appeared on behalf of Mander and Bhardwaj, perused the Status Report on the steps taken by the Union for the upliftment of the migrant workers, which had been filed as per directions of the Apex Court. He stated that there were 15 lakh labourers, and according to the government, they were being provided food and shelter. However, due to crowding at the shelters for food, the government was unable to ensure their safety.

The Supreme Court is hearing a PIL seeking directions to the Government for payment of wages to migrant workers belonging to the unorganised sector amid the #lockdown.
The petition has been filed by Activists @harsh_mander & @AnjaliB_
Adv. Prashant Bhushan appears@pbhushan1

"What steps are being taken for these migrant labourers, what are the minimum wages  given? Delhi Government has announced Rs. 5000. But, what is the Centre doing?"

The SG asserted that the estimations of Bhushan were incorrect, and that the food distribution was 5kg ration per person, and not per ration card. He also submitted that the Centre was taking steps as per the priorities.

On being asked by the CJI regarding the chances of reopening of industries, the SG referred to certain documents regarding the amount of money transferred to people's accounts via Direct Benefit Transfer. The Court asked for the documents to be circulate as no orders could be passed without the acknowledgement of the same.

The Court also refused to pass directions with regard to payment of wages as they did not wish to interfere with the policy-making of the Centre in the present situation.

The matter is now listed on April 20th.

In the Mahua Moitra matter, the MP appeared in-person and submitted that the government was not doing enough to alleviate the plight of the migrant workers.

"Interstate migrants do not have smartphones to download the government app. They have created phone helplines. How can that be all? It's like saying that they have the 100 helpline for police and that is enough to stop crime."

Moitra further contended that mere issuance of advisories was not enough to counter the distress of the migrant workers. However, Justice Shantanagoudar informed her that the government was indeed taking steps and that it was not a one-day affair. He stated that one had to wait for the government to come up with the necessary solutions.

On the basis of the same, the plea was dismissed.