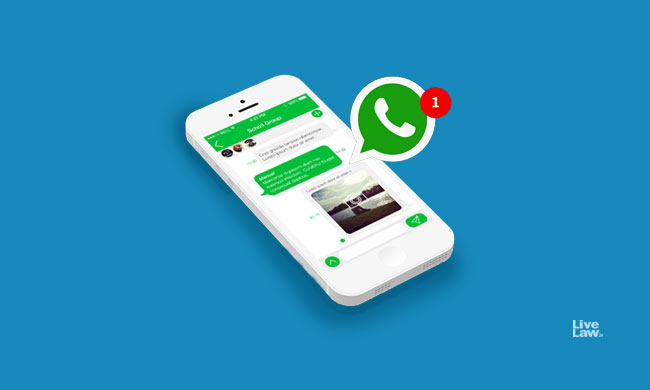 Former RSS leader K N Govindacharya on Monday withdrew his petition filed in Supreme Court which had sought a probe by National Investigation Agency into the allegations of snooping of Whatsapp chats of Indian activists using Pegasus spyware developed by Isreali firm NSO.

The bench headed by Chief Justice of India S A Bobde told the petitioner's counsel Senior Advocate Vikas Singh that there were several mistakes in the petition.

The petition was filed in the wake of media reports of breach in Whatsapp encryption, which led to the surveillance of chats of Indian activists and lawyers. The plea sought  NIA Investigation and lodging of FIR against Facebook, WhatsApp, NSO Group under the provisions of the Information Technology Act and Indian Penal Code for violating fundamental privacy of Indians.

Govindacharya also sought perjury proceedings against WhatsApp for allegedly misleading the Court by claiming that users data is fully encrypted and no one including WhatsApp has the key. This claim of Whatsapp was made in the petition seeking transfer of cases relating to social media regulation from High Courts to Supreme Court.

As an interim measure, he also sought to restrain Government from using Pegasus for surveillance purposes. Govindacharya in his petition has sought protection and enforcement of the fundamental right to privacy which he alleges us being violated by illegal surveillance by Applications like WhatsApp and internet companies.

He stated that WhatsApp revealed that its systems were hacked by NSO group, an Israeli intelligence company, compromising many of the intermediary's crores of Indian users.

It has been further submitted that several government agencies, including the police, are present on social media platforms like WhatsApp. Data of Indians, including these government agencies, which are stored in systems, which have been compromised end up endangering national security. Facebook's admission before US district court that it integrates users' data for commercial gains, in addition to handling digital security of its group companies has also been cited to show in Cambridge Analytica how the top nine internet companies of the world shared data with agencies of American intelligence, and that Facebook's systems were used to influence elections across the world, including India. The submission through this example is to show that either internet companies are partners in crime or sell data of users themselves, which violates users' privacy and in turn endangers lives.

Having submitted the above, the petitioner sought for a direction to the government to stop any surveillance through Pegasus and similar applications, and to notify the Information Technology [Intermediaries Guidelines (amendment) Rules] 2018.