When Abduction Is Followed By Murder, Court Can Presume That Abductor Is The Murderer : SC 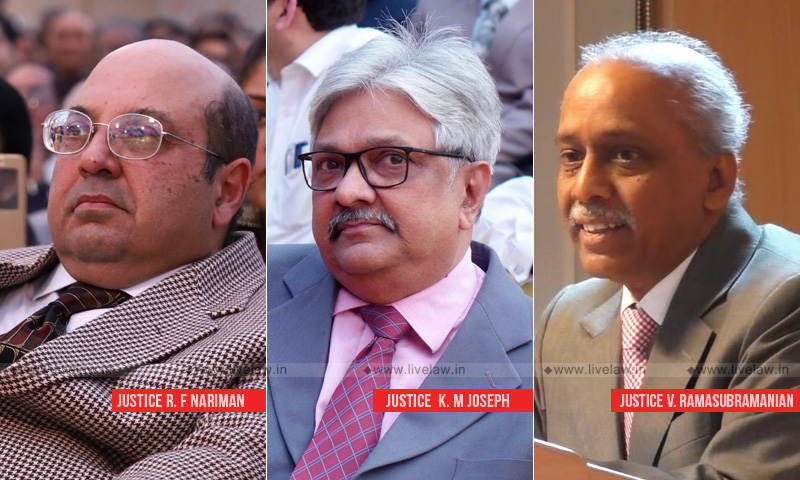 A 3-judge bench of the Supreme Court has upheld the convictions for the abduction and murder of Tamil Nadu politician, M K Balan in 2001.

The case was referred to the 3-judge bench following a split verdict by a division bench.

In 2016, a bench comprising Justices V Gopala Gowda and Arun Mishra delivered split verdicts in the case, with the former acquitting the accused and the latter convicting him (Somasundaram alias Somu v. State Represented by Deputy Commissioner of Police, (2016) 16 SCC 355).

While appreciating the evidence in the case, the bench applied the principle that in a case of murder followed by abduction, the abducter can be presumed to be the murderer.

"The abduction followed by murder in appropriate cases can enable a court to presume that the abductor is the murderer. Now the principle is that after abduction, the abductor would be in a position to explain what happened to his victim and if he failed to do so, it is only natural and logical that an irresistible inference may be drawn that he has done away with the hapless victim. Section 106 of the Evidence Act would come to the assistance of the prosecution", stated the judgment authored by Justice K M Joseph.

"Where abduction is followed by illegal confinement and still later by death, the inference becomes overwhelming that the victim died at the hands of those who abducted/confined him", the bench added.

"when more persons than one have abducted the victim, who is later murdered, it is within the legal province of the court to justifiably draw a presumption depending on the factual situation, that all the abductors are responsible for the murder. Section 34 IPC could be invoked for the aid to that end, unless any particular abductor satisfies the court with his explanation as to what else he did with the victim subsequently, i.e whether he left his associates en route or whether he dissuaded others from doing the extreme act etc. etc".

In these cases, the presumption under Section 106 of the Indian Evidence Act was applied to hold that it was the burden of the accused to prove otherwise in such cases.

On the facts of the case, the Court held that presumption of murder was rightly drawn against the accused.