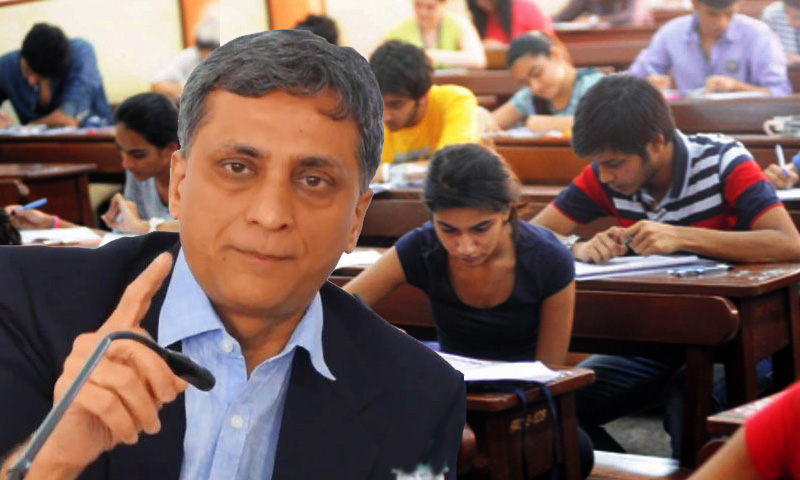 When the UGC itself says that its guidelines are advisory in nature, they must be tailored according to local needs, submitted Shyam Divan, Senior Advocate, before the Supreme Court in the petition seeking cancellation of the UGC direction to hold final term exams by Supreme Court.Appearing for Yuva Sena, he pointed out that COVID-19 cases are rising exponentially in several states...

When the UGC itself says that its guidelines are advisory in nature, they must be tailored according to local needs, submitted Shyam Divan, Senior Advocate, before the Supreme Court in the petition seeking cancellation of the UGC direction to hold final term exams by Supreme Court.

Appearing for Yuva Sena, he pointed out that COVID-19 cases are rising exponentially in several states like Maharashtra. In many places, colleges and educational institutions have been converted to quarantine centres.

"Universities need to keep the local situation at mind before deciding to conduct the exams", he submitted before a bench comprising Justices Ashok Bhsuhan, R Subhash Reddy and M R Shah.

Even as per the latest 'unlock' guidelines issued by the Ministry of Home Affairs on July 29, activities that won't be permitted include schools, colleges and coaching institutions. The MHA has prohibited States/Union Territories from diluting the restrictions but has allowed them to increase additional restrictions. In such a scenario, how could the UGC issue directions for holding exams, asked Divan.

"Nowhere does the UGC state that there has been an improvement in the health system or if there's a new containment method", he said after referring to the fact that the UGC itself has said that health of the students should be given paramount importance.

Divan: Now we have a letter and a PIB Press Release, as well as the affidavit of the Central Govt.

Divan refers to the instructions and how the guidelines of the MHA cannot be diluted under any circumstance. @anubha1812 #StudentsInSCForJustice #31StudentsInSCAgainstUGC

Divan submitted that the UGC guidelines are subordinate to the directions issued by the Disaster Management Authority (The State Disaster Management Authority of Maharashtra has issued a direction to cancel final term exams in view of the rising COVID-19 cases. The UGC has taken a stand that SDMA cannot interfere with the conduct of examinations).

He stressed that in a situation of a disaster, the directions of the DMA takes precedence, and no other authority can dilute the same.

"...once you have a disaster going on where you've elevated the right to life, you cannot have an authority coming in and saying that they will dilute the restrictions!", he said.

"On 29 April, confirmed cases was 1137. You couldn't hold the exams then. How would you have them now, with lakhs of cases? The pandemic is only increasing in intensity", he said.

He added that if exams could not have been held in May, they cannot be held now also.

[Breaking] 'How Can There Be Exams Without Teaching? UGC Directions Arbitrary': Singvhi Seeks Cancellation Of Exams

Students are a homogenous class

His next submissions were in reference to the UGC exempting all students other than final semester students from the requirement of taking exams. The students of intermediate years/semesters are to be given promotion based on their past performance and internal examinations.

In this regard, Divan submitted that students form a "homogeneous class" as regards risk of COVID-19, and there cannot be discrimination based on the year in which they are in.

Divan: Teachers and invigilators are also a homogenous class. Their health and their lives are also important. It doesn't matter which class or which semester you teach. @anubha1812 #StudentsInSCForJustice #31StudentsInSCAgainstUGC @advocate_alakh

He further highlighted that there are thousands of containment zones across the country.

"There are thousands of containment zones. There are sudden lockdowns being imposed. This is not a small exclusive exam, this is across the country. All streams of students will have to give this exam. Many students do not have access to technology. Where is the UGC's sensitivity and flexibility? "

He urged the bench to "look at the anxiety that the students must be going through".

After Divan concluded his arguments, the bench adjourned further hearing till next Tuesday (August 18).

Earlier, Senior Advocate Dr Abhishek Manu Singhvi had made submissions for one of the petitioners, Yash Dubey (read the report of his submissions here).

Complete updates from the SC hearing may be read here