Whether Arbitration Agreement Is Duly Stamped Can Be Looked Into Under Section 11(6A) Jurisdiction, Petitioner Tells Supreme Court 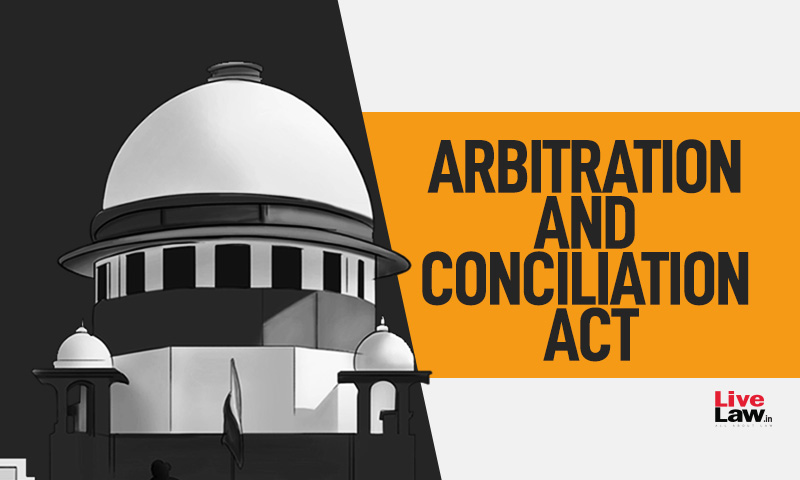 Senior Advocate, Mr. Gourab Banerji, was appointed as Amicus Curiae to assist a 5-Judge Bench, comprising Justice K.M. Joseph, Justice Ajay Rastogi, Justice Aniruddha Bose, Justice Hrishikesh Roy and Justice C.T. Ravikumar, as there is no contesting respondent in the matter. The Bench had heard the submissions made by the Amicus on the last three occasions. On Tuesday, the Bench heard, the Counsel for the petitioner, Advocate, Mr. Gagan Sanghi.

The petitioner and the respondent in the matter has entered into a sub-contract which contained an arbitration clause. Certain disputes arose and the respondent invoked the Bank Guarantee furnished by the petitioner. A suit was filed regarding the said invocation. The respondent filed an application under Section 8 of the Arbitration and Conciliation Act, 1996 in the suit and sought for reference of disputes to arbitration. However, the Commercial Court rejected the application. A revision petition was filed by the respondent before the Bombay High Court. Considering objections on maintainability the Court granted liberty to the respondent to withdraw the review and file a writ petition. Subsequently, in the writ petition filed by the respondent, the High Court held that the Section 8 application was maintainable. One of the issues before the High Court was that the arbitration agreement was unenforceable since the sub-contract was unregistered and unstamped. It noted that the said issue can be raised in application under Section 11 or before the Arbitral Tribunal. In appeal, the Apex Court noted that the view taken in SMS Tea Estates Pvt. Ltd. v. M/s. Chandmari Tea Co Pvt. Ltd. and Garware Wall Ropes Limited v. Coastal MarineConstructions and Engineering Limited that non-payment of stamp duty on the commercial contract would invalidate even the arbitration agreement, and render it non-existent in law, and unenforceable, is not the correct position in law. Considering that Garware was affirmed by Vidya Drolia And Ors. v. Durga Trading Corporation, which is a coordinate Bench, the 3-Judge Bench of the Apex Court thought it fit to refer the matter to a Constitution Bench. The issue framed is as under -

Whether the statutory bar contained in Section 35 of the Indian Stamp Act, 1899 applicable to instruments chargeable to Stamp Duty under Section 3 read with the Schedule to the Act, would also render the arbitration agreement contained in such an instrument, which is not chargeable to payment of stamp duty, as being non-existent, un- enforceable, or invalid, pending payment of stamp duty on the substantive contract / instrument ? "

Mr. Sanghi argued that the issue of stamping can be looked into at the very threshold, even in exercise of Section 11(6A), when the consideration with respect to appointment of an arbitrator is undertaken. He averred that, in sum and substance, an instrument would exist in law only when it is enforceable. Therefore, when the Court under Section 11(6A) is considering the existence of the arbitration agreement it can examine the issue of non-stamping or inadequate stamping.

Justice Joseph noted that Section 11(6A) was perhaps incorporated to minimise judicial interference at the threshold stage where it has to determine whether the arbitration agreement exists or not. He opined that the same ought to be borne in mind otherwise the exercise would be counterproductive.

Justice Rastogi stated that at the pre-referral stage [S. 11(6A)] there is no scope for adjudication; adjudication takes place in the post referral stage [S. 16]. He inquired that if while determining existence of the arbitration agreement in Section 11(6A) the issue of stamping is looked at, then what would the examination of validity of arbitration agreement under Section 16 entail.

Mr. Sanghi argued that if there is a statutory bar, it would be applicable to both the Court and the arbitrator. He further submitted that under Section 33 of the Indian Stamp Act it would be mandatory for the authority at the first instance to impound the instrument.

Mr. Sanghi submitted that the evidence in Section 11(6A) to determine the existence of the arbitration agreement, would be the instrument.

The Amicus countered the argument that the unstamped/ unduly stamped instrument ought to be impounded at the very threshold and submitted that it might not be strictly correct. He argued that a Court exercising power under Section 11(6A) is not a Court as defined in Section 2(1)(e) of the Arbitration and Conciliation Act. It is averred that the Court under Section 2(1)(e) is the ‘authority to receive evidence’. Moreover, it was emphasised that in some sense, under Section 11(6A) the Court is to only form a prime facie opinion.