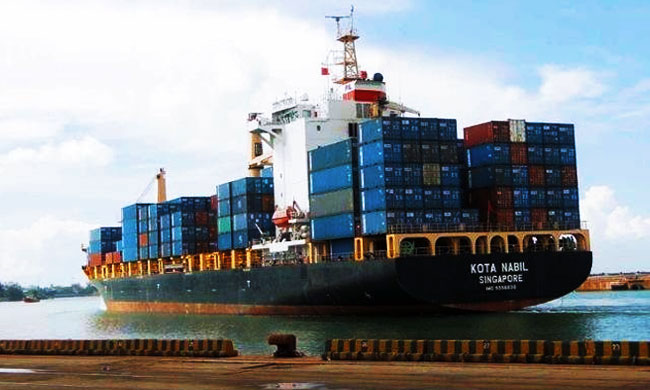 The issue whether coastal states have power to levy sales tax on goods in territorial waters has been left open by the Supreme Court. Notably, the Court has set aside the findings of the High Court of Karnataka, which held that State Government has competence to levy tax in territorial waters.This happened in the case The Great Eastern Shipping Company Ltd v State of Karnataka, which was...

The issue whether coastal states have power to levy sales tax on goods in territorial waters has been left open by the Supreme Court. Notably, the Court has set aside the findings of the High Court of Karnataka, which held that State Government has competence to levy tax in territorial waters.

This happened in the case The Great Eastern Shipping Company Ltd v State of Karnataka, which was decided by a three judges bench comprising Justices Arun Mishra, M R Shah and B R Gavai.

The case concerned the competence of Karnataka Government to levy sales tax on a Time Charter Agreement executed by the appellant-Shipping Company, whereby it transferred the right to use a tug vessel owned by it to the New Mangalore Port Trust.

The Company challenged the competence of State Government to levy sales tax by filing a writ petition in the High Court of Karnataka. One of the contentions raised by the Shipping Company was that territorial waters belonged to the Union Government, and hence it was beyond the jurisdiction of Karnataka. It was also contended that the agreement transferring right to use the vessel for six months did not amount to 'sale'.

The High Court of Karnataka dismissed the writ petition holding that the transaction amounted to sale. It also held that Karnataka had power to levy tax over territorial waters.

Challenging this, the Company approached the Supreme Court in 2004. In 2007, the SC had chosen to hear other coastal states to decide the matter and issued notices to the states of Maharashtra, Goa, Gujarat, Kerala, Tamil Nadu, Orissa and West Bengal.

Senior advocate Devdatt Kamat, appearing for the Karnataka government, said that a coastal state has jurisdiction to levy sales-tax in the territorial waters adjacent to its coastal line.  He relied upon Dr. Ambedkar's speech in the Constituent Assembly that "State laws will prevail over that area, whatever law you make will have its operation over the area of three miles from the physical territory" and also referred to H.M. Seervai's work on the "Constitutional Law of India" with respect to interpretation of Article 297 of the Constitution of India. He pointed out that states have made laws touching upon territorial waters such as the Karnataka Marine Fishing (Regulation) Act, 1986.

Senior Advocate Arvind P Datar, appearing for the company, opposed this argument. As per Article 297, the jurisdiction over territorial waters is vested with the Union Government, he submitted. He also referred to Dr. Ambedkar's speech in the Constituent Assembly to submit that the entire territorial waters would exclusively belong to the Union, and it is only by way of an exception through Entry 21 in List II that "fisheries" has been kept under the control of a State Government. The State Government is, thus, competent to regulate fishing up to the territorial waters. The same would again be restricted by Entry 57 of List I, which provides that fisheries beyond the territorial waters would be under the control of the Union as per Entry 21, List II. The Karnataka Marine and Fishing (Regulation) Act, 1986 (Act of 1986) was passed by the State legislature, within purview of powers as per Entry 21 of List II. The State cannot claim 12 nautical miles from coast (territorial waters) as part of its territory; otherwise, each maritime State can pass laws with any of the items mentioned in List I regarding the activities in the territorial waters, which are the prerogative of the Parliament, argued Datar.

The Union Government also supported this argument. Solicitor General Tushar Mehta submitted that the Union Government had the exclusive right to legislate or impose tax on goods within the territorial waters as it belongs to the country as a whole. In accordance with Article 297(3), the Parliament has enacted the Territorial Waters Act, 1976, vesting exclusive power over the region with the Central Government, the SG submitted.

However, the Court did not go into this aspect. The Court found the Time Charter Agreement which transferred the right to use the vessel to be 'deemed sale' under Article 366(2(A)(d) of the Constitution. In such a transaction, the location of the goods was not relevant. What was relevant was the place where the contract for transfer of right to use was executed.

Relying upon the Constitution bench decision in the 20th Century Finance Corporation Ltd vs State of Maharashtra (2000), the Court held that the situs of the agreement is determinative for the realization of tax than the place where the goods are passed.

In the present case, the agreement has been admittedly signed in Mangalore, and the vessel is used in the territorial waters. It makes no difference as the situs of the deemed sale is in Mangalore, the Court said.

Thus, the sales tax liability was fixed on the basis of place of contract, regardless of the location of the goods. So, it did not matter whether the goods were in territorial waters or not. So, the findings of the HC on this point were diluted by the Court.

"We need not go into the question in respect of the right of the States and the Central Government as to territorial waters at all because of our finding concerning exaction of tax under the KST Act owing to situs where the transfer right to use the vessel, which is a deemed sale, had taken place. As such, we leave the question open and dilute the finding recorded by the High Court in this regard", the judgment authored by Justice Arun Mishra stated.