NI Act: Why Section 143A Is Prospective And Section 148 Is Retrospective ? [Read Judgment] 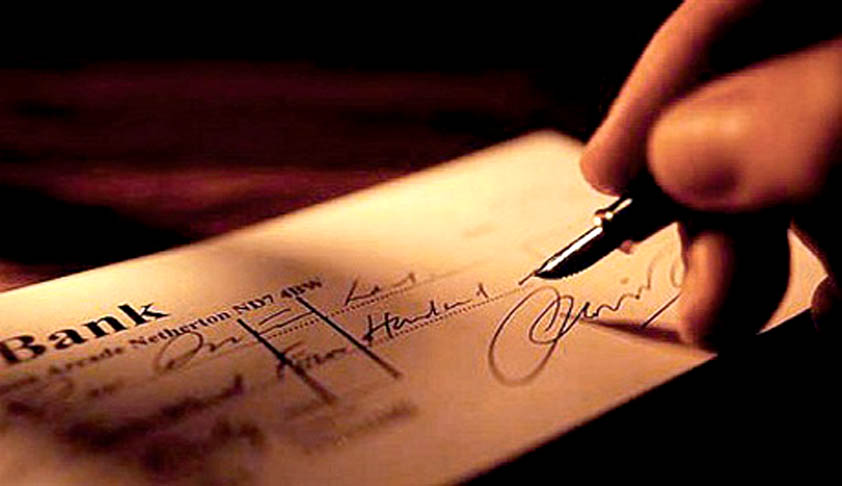 x
"Sec 143A creates new disability/obligation and exposes the accused to coercive methods of recovery."

The Supreme Court has finally resolved the controversy about the retrospectivity of two provisions viz. Section 143A and 148 of the Negotiable Instruments Act. On Tuesday, the bench comprising Justice Uday Umesh Lalit and Justice Vineet Saran [in G.J.Raja vs. Tejraj Surana] categorically held that Section 143A is prospective in operation and that the provisions can be applied or invoked...

The Supreme Court has finally resolved the controversy about the retrospectivity of two provisions viz. Section 143A and 148 of the Negotiable Instruments Act.

On Tuesday, the bench comprising Justice Uday Umesh Lalit and Justice Vineet Saran [in G.J.Raja vs. Tejraj Surana] categorically held that Section 143A is prospective in operation and that the provisions can be applied or invoked only in cases where the offence under Section 138 of the Act was committed after the introduction of said Section 143A in the statute book.

In GJ Raja, the Fast Track Court-II, Metropolitan Magistrate, Egmore, Chennai had directed the accused to pay the 20% of the cheques amount as interim compensation payable to the de-facto complainant. The issue of retrospectivity is not seen addressed in the High Court order that upheld the Magistrate's direction. However, the High Court partly upheld the order by modifying interim compensation to 15% of each cheque amounts to the complainant. The Supreme Court, allowing the appeal filed through Advocate G Anandaselvam, set aside this order. In Surinder Singh Deswal, the Apex Court upheld a First Appellate Court order that had directed the appellants-convicts to deposit 25% of the amount of fine/compensation ordered by the Trial Court.

In effect, the Supreme Court, by these two judgments, has upheld the view adopted by Justice Rajbir Sehrawat of the Punjab and Haryana High Court who had held that the Section 143A of the Negotiable Instruments Act has no retrospective effect whereas the Section 148 will apply to the pending appeals pending on date of enforcement of this provision. While holding thus, the judge had observed:

"At the stage of trial, the provision of Section 143-A of the Act has created a new 'obligation' against the accused, which was not contemplated by the existing law and which created a substantive liability upon him, whereas the provision of Section 148 of the Act only reiterated; and to some extent modified in favour of the appellant, the procedure of recovery already existing in the statute book."

Both these provisions were introduced last year by an amendment to the Negotiable Instruments Act. Section 143A gives power to the Trial Court to direct the accused to 'pay' an interim compensation which cannot be more than 20% of the 'cheque amount'. The interim compensation has to be paid within a period of sixty days of the order. It can be recovered in the manner of recovery of fine as provided in Section 421 of the Code of Criminal Procedure. The provision further states that the interim compensation so received has to be returned by the complainant along with interest at bank rates as prescribed by the Reserve Bank of India, if the accused is acquitted after trial. Section 148 of the NI Act, empowers the Appellate Court to direct the accused/appellant to 'deposit' minimum of 20% of 'fine' or 'compensation' awarded by the Trial Court.

Why 143A is Prospective While 148 is Retrospective?

The question that might pop up in this context is, when these two provisions have been introduced by the same amendment, how one is retrospective and the other is not. The bench, addresses this question in GJ Raja. It said:

Section 143A imposes a liability even before conviction

The Court also observed that, prior to insertion of Section 143A in the Act, there was no provision on the statute book where-under even before the pronouncement of the guilt of an accused, or even before his conviction for the offence in question, he could be made to pay or deposit interim compensation.

"The imposition and consequential recovery of fine or compensation either through the modality of Section 421 of the Code or Section 357 of the code could also arise only after the person was found guilty of an offence. That was the status of law which was sought to be changed by the introduction of Section 143A in the Act. It now imposes a liability that even before the pronouncement of his guilt or order of conviction, the accused may, with the aid of State machinery for recovery of the money as arrears of land revenue, be forced to pay interim compensation. The person would, therefore, be subjected to a new disability or obligation."

The bench also referred to the following principles enunciated in Hitendra Vishnu Thakur vs. State of Maharashtra

Applying this to provisions of Section 143A, the bench said:

The provisions contained in Section 143A have two dimensions. First, the Section creates a liability in that an accused can be ordered to pay over upto 20% of the cheque amount to the complainant. Such an order can be passed while the complaint is not yet adjudicated upon and the guilt of the accused has not yet been determined. Secondly, it makes available the machinery for recovery, as if the interim compensation were arrears of land revenue. Thus, it not only creates a new disability or an obligation but also exposes the accused to coercive methods of recovery of such interim compensation through the machinery of the State as if the interim compensation represented arrears of land revenue.