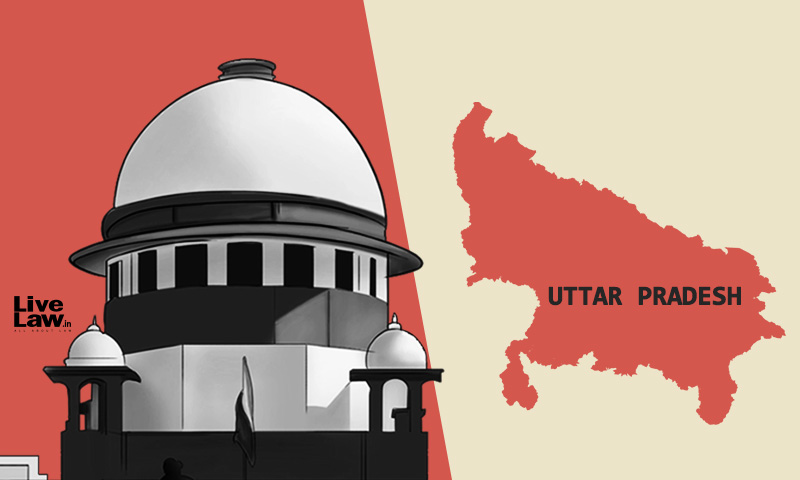 The Uttar Pradesh Government on Thursday told the Supreme Court that it is taking endeavours to adopt the Gujarat model for the judicial infrastructure in the State.

Additional Advocate General of UP Garima Prashad told a bench comprising Justices MR Shah and MM Sundresh that a team of government officials visited the court complexes at Ahmedabad, Vadodara etc., and were impressed by the infrastructure facilities.

"Everybody is impressed with Gujarat", Justice MR Shah replied adding "we personally monitored".

The bench was considering a matter in which it had taken up the issue relating to judicial infrastructure and pendency of cases in the State of Uttar Pradesh. The bench took up this issue after taking note of the huge arrears of commercial and arbitration disputes in the state while hearing a civil appeal.

The bench had earlier directed for meetings to be held between the State Government and the Chief Justice of the Allahabad High Court to discuss the issues.

In the hearing today, AAG Garima Prashad assured the bench that the the State is giving top priority for improving the judicial infrastructure and working conditions of judicial officers and staff. She informed the bench that the State Government is preparing a pilot project for improving the court facilities in ten districts, based on the inputs from the Gujarat visit of the officials' team. "The AAG has stated that all endeavour shall be made by the State of UP to have the court infrastructure and facilities like the Gujarat model and for that initially 10 districts are identified which shall be given the top priority", the Court recorded the AAG's statement in the order.

The AAG further stated that there will be a common design for all the courts at taluka level and district level and a pilot project in this regard is being prepared.

"You call for the plans and designs from the Gujarat", Justice Shah orally told the AAG.

The AAG assured the bench that whenever any proposal is received from the High Court regarding the increase of strength of judicial officers or staff or for grant, the same will be processed and decided at the earliest without wasting any time.

The counsel appearing for the Allahabad High Court said that an exercise is being undertaken to identify the number of additional courts/judicial officers needed based on the pendency of cases in each districts and undertook to submit a status report. The HC's counsel further informed that the grants received from the State are being utilised.

The High Court's counsel further informed the bench that there will be periodical meetings by the infrastructure committee of the High Court headed by Chief Justice to monitor and supervise the infrastructure facilities, sanctioning of staff, requirement of judicial officers and based on the report of the committee, the Chief Justice will take up the matter with the State Government.

The bench also directed the Law Secretary to act as a nodal officer and a "bridge" between the State Government and the High Court to resolve the issues. The matter will be next considered on December 2.

"Have a cordial meeting. Nobody, neither the High Court nor the State Government officers should take it as an ego issue. All are part of the same institution as a whole. Let us get out of the bureaucratic mindset...All of you have to sit together and identify which all court buildings have to be changed. You have to identify the place and do land acquisition. It will take at least 10 years if it goes like this", Justice Shah told the AAG and the HC's counsel during the hearing.

Justice Shah highlighted that the judicial infrastructure in Gujarat improved due to the personal monitoring of the judges.

The AAG replied that the State Government is committed to improving the judicial facilities and a pilot project will be implemented in 10 districts at first, including 5 new districts. She added that 20 construction projects are going on in other major districts.

"We want all 75 districts to have well infrastructured buildings with sufficient staff", Justice Shah said. The judge also highlighted the need to examine the pendency rate in each district so as to ascertain the number of additional judges needed.