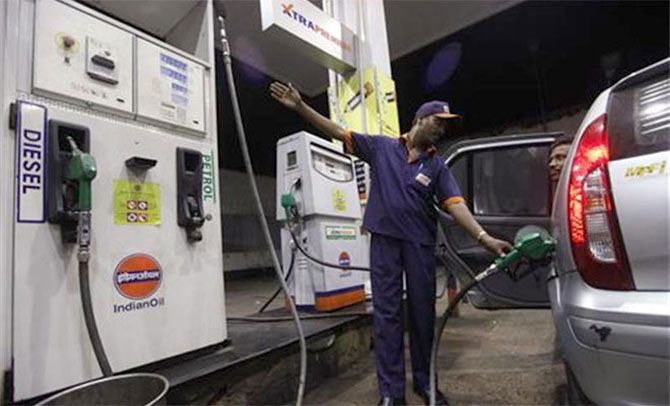 The Supreme Court on Tuesday dismissed as withdrawn a Public Interest Litigation which challenged the rise in the prices of petrol and diesel.

The petition was withdrawn after a bench, headed by Justice R F Nariman, expressed serious disinclination to entertain the plea.

"Do you really want to argue this case? Because we will impose heavy costs if you do", Justice Nariman told the petitioner's counsel.

After that, the lawyer for the Kerala-based petitioner, Shaji Kodankandath, withdrew the plea.

The petitioner sought a direction to pass on the benefit of fall in global crude oil prices to the consumers and lamented that the oil marketing companies were continously increasing the prices despise the reduction of international prices.

As per precedents, Courts refrain from exercising judicial review over the economic policy decisions, which fall within the exclusive domain of the executive.

Over 16 days in June 2020, petrol price has been hiked by ₹8.3 per litre and diesel by ₹9.46, reportedly a record increase in rates of the fuel in any fortnight since pricing was deregulated in April 2002.