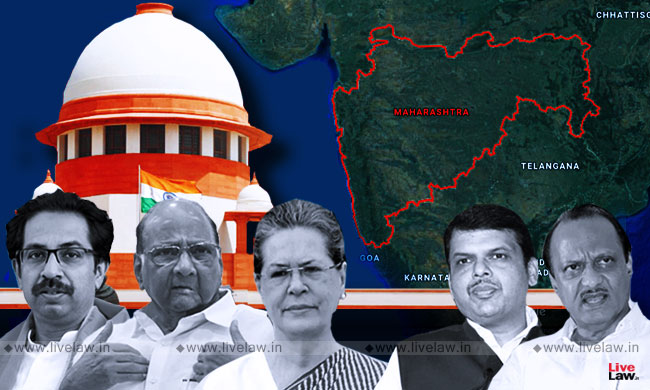 In the midst of media reports on allegation of withdrawal of some cases against Maharashtra Deputy Chief Minister Ajit Pawar, the Shivsena-NCP- Congress Alliance may move the Supreme Court for a direction to restrain the Fadnavis Government from taking important policy decisions.

The petitioners want to highlight the media reports alleging  the closure of nine (9) cases in the 70,000/- crore irrigation scam against Shri. Ajit Pawar.

"If the Court gives only 24 hrs time to prove the majority, we will not press the application", sources told LiveLaw.

According to the petitioners the allegation regarding closure of serious economic offences against Ajit Pawar even before the floor test is completely illegal. The Chief Minister cannot take major policy decisions without succeeding in the floor test.The government which is illegally and unconstitutionally formed is admittedly a minority government and does not enjoy the support of the majority.

A three Judge Bench headed by Justice NV Ramana will pass orders Tomorrow on the petition filed by Shiv Sena, Nationalist Congress Party and Congress against the decision of Maharashtra Governor to invite Devendra Fadnavis to form government in Maharashtra.

The Maharashtra anti-corruption bureau has denied the news reports regarding the withdrawal of Cases against Ajith Pawar. 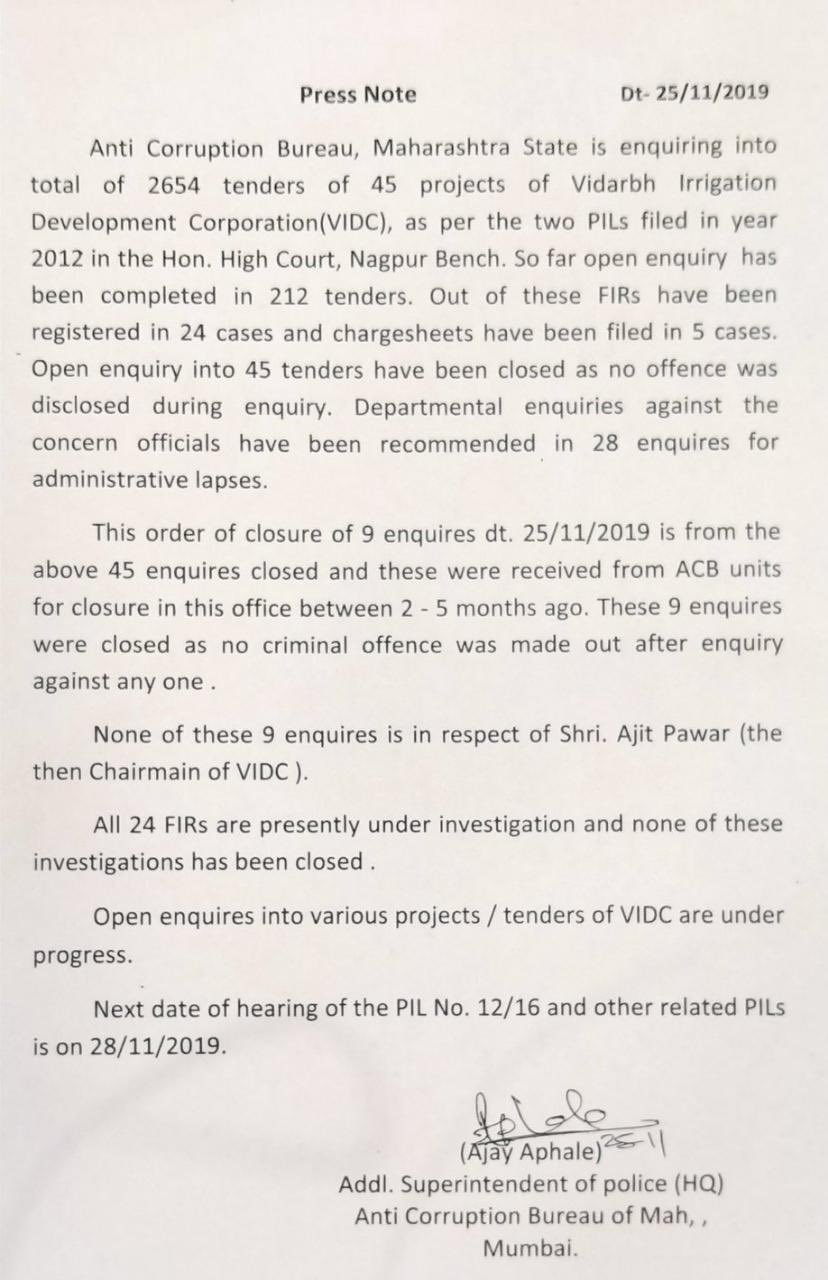