HC In Exercise Of Writ Jurisdiction Can Pass An Order Interdicting Legal Fiction, Provided It Had Not Come Into Operation: SC [Read Judgment] 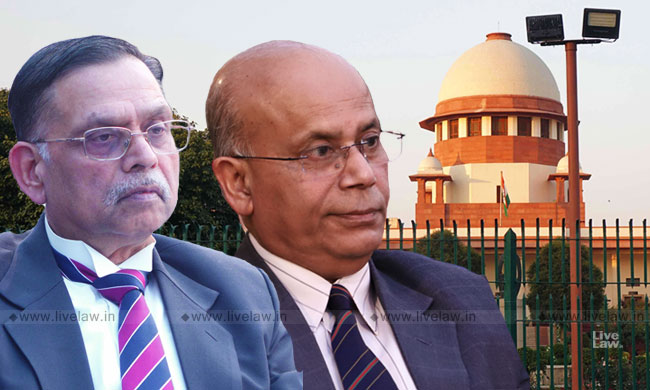 "The scope of Article 226 is very wide and can be used to remedy injustice wherever it is found."

The Supreme Court has observed that the High Court in exercise of jurisdiction under Article 226 of the Constitution can pass an order interdicting the legal fiction engrafted in a legislation, provided the legal fiction had not come into operation.

The bench comprising Justice Ashok Bhushan and Justice Navin Sinha reiterated that the power of the High Court under Article 226 cannot be taken away or abridged by any contrary provision in a Statute.

Answering these issues, the bench held that the Section 5B of the Mumbai Municipal Corporation Act does not oust the jurisdiction of the High Court under Article 226 of the Constitution. While dismissing the appeals, the Court made the following important observations.

On Powers Under Article 226

(ii) The Courts are guardians of the rights and liberties of the citizen and they shall fail in their responsibility if they abdicate their solemn duty towards the citizens. The scope of Article 226 is very wide and can be used to remedy injustice wherever it is found.

(iv) When a citizen has right to judicial review against any decision of statutory authority, the High Court in exercise of judicial review had every jurisdiction to maintain the status quo so as to by lapse of time, the petition may not be infructuous. The interim order can always be passed by a High Court in exercise of writ jurisdiction to maintain the status quo in aid of the relief claimed so that at the time of final decision of the writ petition, the relief may not become infructuous."

On Section 5B Legal Fiction

"(v) It is true that requirement of submission of Caste Validity Certificate within a period of one year under Section 5B of Mumbai Municipal Corporation Act is mandatory requirement but in the facts of the case before us before the expiry of the period of six month, the Caste Scrutiny Committee had illegally rejected the claim necessitating filing of writ petition by aggrieved persons in which writ petition the interim relief was granted by the High Court. The power of the High Court to grant an interim relief in appropriate case cannot be held to be limited only for a period of one year, which was period envisaged in Section 5B for submission of the Caste Validity Certificate. No such fetter on the power of the High Court can be read by virtue of provision of Section 5B.

(vii) In the facts of the present case, the deeming fiction under Section 5B of retrospective termination of the election could not come in operation due to the interim order passed by the High Court."