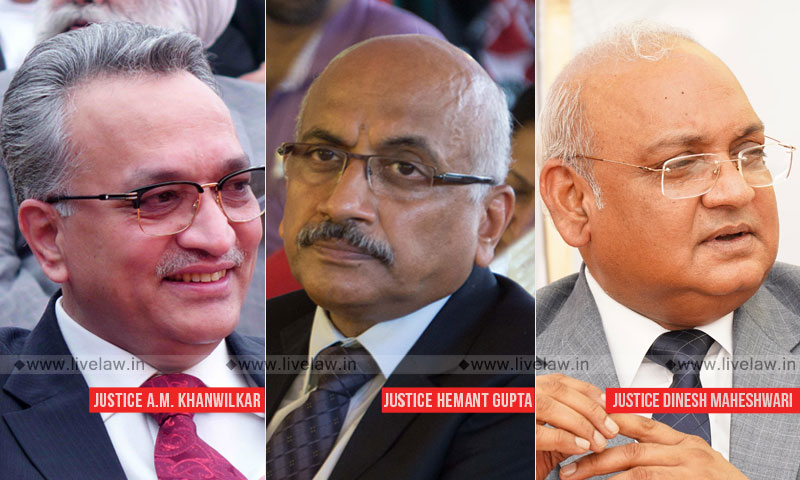 Once alternate machinery is provided by the statute, the recourse to writ jurisdiction in matters related to elections is not an appropriate remedy, the Supreme Court has held.

In this case, the order of the Returning Officer who had accepted the nomination of a candidate for the elections of Gram Panchayat was challenged before the High Court which was partly allowed. In appeal before the Apex Court, it was contended that the order of acceptance of nomination papers could not be challenged in a writ petition in view of Article 243-O of the Constitution of India and in view of alternative efficacious remedy provided under the Maharashtra Village Panchayats Act.

The bench comprising Justices AM Khanwilkar, Dinesh Maheshwari and Hemant Gupta noted that Article 243-O of the Constitution of India provides that no election to any panchayats shall be called in question except by an election petition presented to such authority and in such manner as provided for by or under any law made under the legislature of the State. Further, in Section 15A of the Maharashtra Village Panchayats Act provides a bar to interference by Court in electoral matters, it observed.

It further observed that a Constitution Bench in Mohinder Singh Gill & Anr. v. The Chief Election Commissioner, New Delhi has held that Article 329 of the Constitution of India starts with a non obstante clause that notwithstanding contained in this Constitution, no election to either house shall be called in question except by an election petition. Referring to some other judgments as well, the bench observed:

"Section 10A of the 1959 Act and Section 9A of the 1961 Act read with Articles 243-K and 243-O, are pari materia with Article 324 of the Constitution of India. In view of the judgments referred, we find that the remedy of an aggrieved person accepting or rejecting nomination of a candidate is by way of an election petition in view of the bar created under Section 15A of the 1959 Act. The said Act is a complete code providing machinery for redressal to the grievances pertaining to election as contained in Section 15 of the 1959 Act. The High Court though exercises extraordinary jurisdiction under Article 226 of the Constitution of India but such jurisdiction is discretionary in nature and may not be exercised in view of the fact that an efficacious alternative remedy is available and more so exercise restraint in terms of Article 243-O of the Constitution of India. Once alternate machinery is provided by the statute, the recourse to writ jurisdiction is not an appropriate remedy. It is a prudent discretion to be exercised by the High Court not to interfere in the election matters, especially after declaration of the results of the elections but relegate the parties to the remedy contemplated by the statute. In view of the above, the writ petition should not have been entertained by the High Court. "