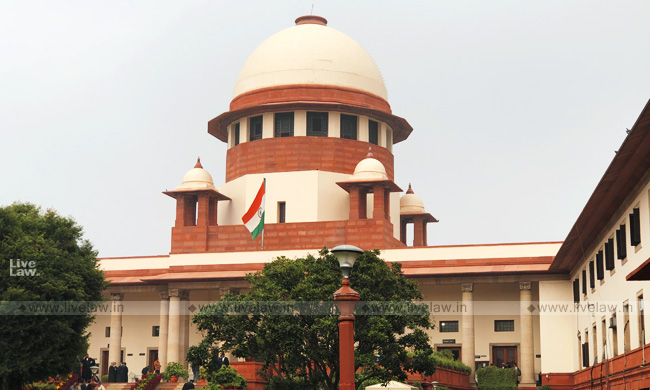 The Youth Bar Association of India (YBAI) has moved a Public Interest Litigation (PIL) in Supreme Court seeking directions or guidelines to provide for mandatory pre-litigation mediation across the country. With a view to deal with the problem of pendency of cases, the plea seeks formulation of a Standard Operating Procedure (SoP) which would ensure that parties mandatorily engage...

The Youth Bar Association of India (YBAI) has moved a Public Interest Litigation (PIL) in Supreme Court seeking directions or guidelines to provide for mandatory pre-litigation mediation across the country.

With a view to deal with the problem of pendency of cases, the plea seeks formulation of a Standard Operating Procedure (SoP) which would ensure that parties mandatorily engage in mediation proceedings at a pre-litigative stage.

Expressing concern over the rate at which cases are piling up in Courts across India, the petitioner Association advocates the use of alternate dispute resolution in order to control frivolous and vexatious matters coming up for litigation by affording an opportunity to parties to come together and settle their disputes amicably before any litigation can commence.

"…it is submitted that arrears are mounting by leaps and bounds and there is no respite in sight. This is particularly because institution of cases is much more than their disposal at all the levels of judicial administration. The fundamental requirement of good judicial administration is speedy justice. Quite often, frivolous, vexatious and luxurious litigations come up and add to the mounting arrears. Such type of litigation has to be controlled, rather stopped. Efforts should be made to settle the disputes at the very threshold vide affording opportunity to the concerned parties to settle their disputes amicably. Mediation in general and 'prelitigative' mediation in particular is an alternative mode to settle the dispute amicably, and that too, at pre-litigative stage."

To substantiate their concern, YBAI has cited statistics given by the National Judicial Data Grid (NJDG), which have been referred to by sitting judges of the Supreme Court while speaking at online seminars recently. It is informed that that total number of cases pending before the Courts in India, as on 24th May, 2020, is 32.45 million. The petitioner emphasizes on data which reveals that 71.06% of civil cases are pending in 'Original Jurisdiction', and if stage-wise data is drawn, approximately 24.2% case are found to be pending at the appearance or 'admission' stage.

From this, YBAI has argued that it may be inferred that parties are not entirely keen to pursue the case, yet maximum pendency arises from this category where both sides of the dispute know each other. In this light, it is urged that 'prelitigative mediation' is an effective alternative mode to settle such disputes without allowing them to come till a stage where litigation is necessary.

Pointing out the purpose behind mechanisms of Alternate Dispute Resolution (ADR), governed by the Arbitration and Conciliation Act, 1996 and the Civil Procedure Code, 1908 (CPC), specifically laying emphasis on Section 89 of CPC, it is urged that "with the introduction of these provisions, a mandatory duty has been cast on the civil courts to endeavour for settlement of disputes by relegating the parties to an ADR process. The object of introduction of Section 89 was to ensure that Courts make an endeavour to facilitate out-of-court settlement through any of the five ADR methods as referred to in Section 89: (a) Arbitration, (b) Conciliation, (c) Judicial settlement, (d) Settlement through Lok Adalat, and (e) Mediation."

YBAI goes on to enunciate that out of the three main methods prescribed for mediation, the pre-litigation method would serve the purpose best. To this end, it is argued that it is the most productive as it offers the highest degree of privacy to parties as well as the the greatest opportunity cost, along with other economic benefits.

"'Pre-litigation' mediation is nothing but an attempt to resolve the dispute among the parties amicably with the help of neutral third party called Mediator before going to the court or even before filing litigation or sending a notice. It gives a chance to both the parties to end the dispute in a win-win position. In it issues can be sorted out sooner and this process is inexpensive compared to the expenditure incurred at every stage of the case/issues in litigation. To reduce the number of pending cases, the Government should work on a mechanism to introduce a pre-litigation mediation process, so that avoidable cases can be prevented from reaching the courts and settle the issue effectively. It's a step sine qua non to improve the judicial system in India", highlights YBAI.

The attention of the Court is also drawn to its own judgment from 2013 (K. Srinivas Rao v/s D.A. Deepa), wherein mediation centres pan India were directed to set up a pre-litigation facility in order to settle matrimonial disputes at pre-litigative stage. It is informed that despite such directions, only 3 High Courts out of a total of 25 High Courts and their benches across 28 States and 8 Union Territories have complied with the same.

It is further submitted, that while the Apex Court showed some inclination towards setting up services for pre-litigation in matrimonial cases, there exists no "overarching framework for these services". In this light, an institutionalized pre-litigation mediation model, capable of can supplementing the court-connected model, is prayed for.