'You Have Waited For A While, Wait For Another Two Days': SC On Contempt Plea Against Jammu and Kashmir Administration In 4G Restoration Matter 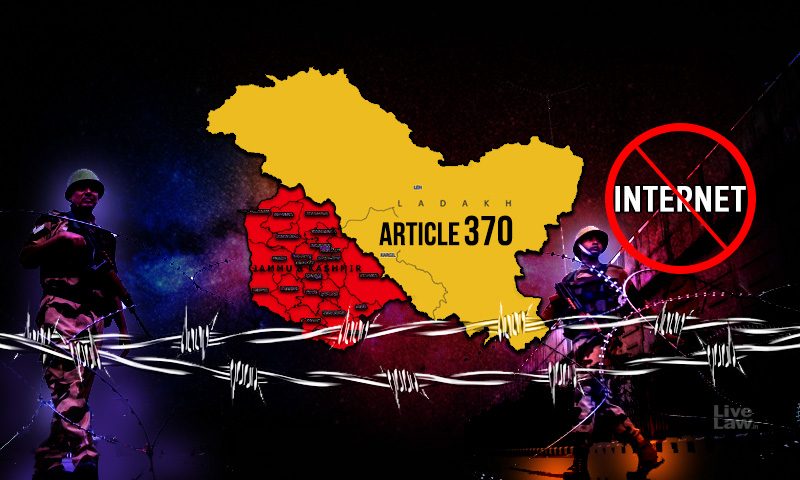 "Answer whether any area is open for restoration of 4G", asked the Supreme Court to the Centre on Friday, while adjourning the contempt petition filed by Foundation for Media Professionals (FMP) over the non-constitution of Special Committee to review the ban on 4G speed internet in Jammu and Kashmir.A Bench of Justices NV Ramana, R. Subash Reddy and BR Gavai heard the matter and...

"Answer whether any area is open for restoration of 4G", asked the Supreme Court to the Centre on Friday, while adjourning the contempt petition filed by Foundation for Media Professionals (FMP) over the non-constitution of Special Committee to review the ban on 4G speed internet in Jammu and Kashmir.

A Bench of Justices NV Ramana, R. Subash Reddy and BR Gavai heard the matter and asked Solicitor-General Tushar Mehta, appearing on behalf of Union Territory of Jammu and Kashmir, whether it was possible to restore 4G internet services in some areas.

The SG, however, sought for an adjournment as a new LG had been appointed yesterday in Jammu and Kashmir, with GC Murmu resigning and taking over as the CAG.

The Bench, while noting that they could not speak for the ground situation there, asked the SG whether 4G services could be restored in certain areas. To this, the SG responded that the new LG had taken over and some developments had ensued which were required to be ascertained.

Justice Ramana noted this and stated, "I understand you have waited for a while; wait for another two days." Justice Reddy informed the Counsels that the question here was solely about contempt. As the SG was appearing for the Centre, he sought for adjournment till Tuesday as it was a minor issue. Justice Ramana allowed the same, but he informed the SG that he should not go strictly by contempt and should prepare an answer about whether any area was open for the restoration of 4G internet services. Accordingly, the matter has been adjourned to August 11. The Bench has made it clear that no further adjournment shall be granted on that date.

The instant plea seeks contempt action against Secretary, Ministry of Home Affairs and Chief Secretary, U.T. of Jammu & Kashmir alleging non-compliance of the May 11 judgment of the Supreme Court, which had directed that a "Special Committee" be constituted to "immediately" to determine the necessity of continued restriction of mobile internet speeds in Jammu & Kashmir to 2G only.

In the previous hearing, Senior Advocate Huzefa Ahmadi had informed Top Court that the Lt. Governor was of the opinion that 4G internet services should be restored in the region.

"The Lt. Governor says 4G should be restored. Ram Madhav, the Chief interlocutor, says the internet can be restored. I am only requesting that the SG look into this."

The Centre had stated that the statements therein were required to be verified and sought an adjournment, after which it was listed in Court today for further consideration.

On July 16, the Supreme Court granted a week's time to the Centre as well as UT of Jammu and Kashmir, to file a reply in the contempt plea. The contentions in the plea had been refuted by Attorney-General KK Venugopal, who argued that there was no question of contempt as the decision for continuing restrictions had been taken by the Special Committee and the same had been placed before the Bench in a sealed cover.

Subsequently, a Counter-Affidavit was filed by the Ministry of Home Affairs, stating that the Special Committee was constituted as per the SC directions and that it had decided against restoring 4G internet in the region for now. It was further informed that the Committee would have its next review meeting after 2 months.