Livelaw Invites You To A E-Seminar On -"Freedom And Our Courts" Catch Us Live On Zoom, Facebook And Youtube 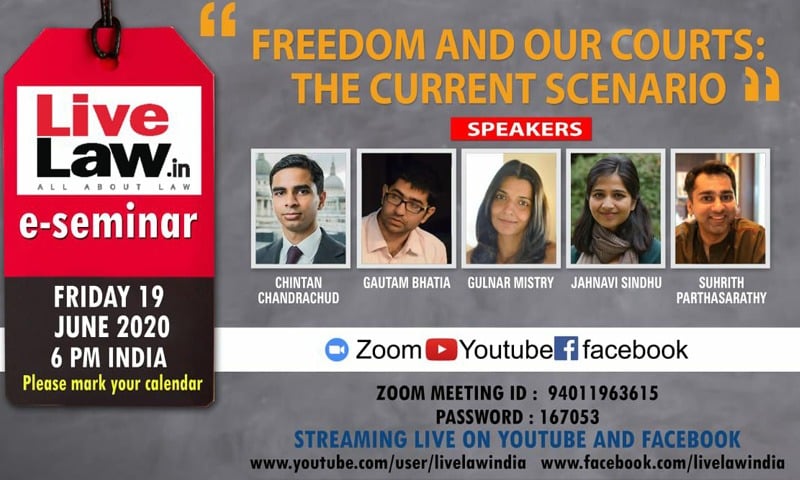 Advocates Chintan Chandrachud, Gautam Bhatia,  Gulnar Mistry,  Jahnavi Sindhu and  Suhrith Parthasarthy will be discussing on the topic: "Freedom and our Courts"

Dr Chintan Chandarachud is a lawyer based in London. He is the author of "Balanced Constitutionalism: Courts and Legislatures in India and the United Kingdom" and "The Cases that India Forgot". He writes frequently for journals, blogs and newspapers.

Gautam Bhatia graduated from the National Law School of India University in 2011. He read for the BCL and the MPhil at the University of Oxford, on a Rhodes Scholarship, and for an LLM at the Yale Law School. He practiced law for four years in Delhi. He is the author of "Offend, Shock, or Disturb: Freedom of Speech under the Indian Constitution (OUP 2015)" and "The Transformative Constitution (HarperCollins 2019)".

Gulnar Mistry is a litigator at the Bombay High Court. She holds a Bachelor of Laws degree from the University of Bombay and a Master of Laws from Columbia University, which she attended as an Inlaks Scholar. Her work includes matters relating to environmental law, intellectual properly law and constitutional law..

Jahnavi Sindhu is an advocate based in Delhi. She got her LLB from National Law School of India University, Bangalore (2015) and LL.M. from Yale Law School (2018).

Suhrith Parthasarathy is an advocate practicing at the Madras High Court. He is a graduate of the National University of Juridical Sciences, Kolkata, and he also has a graduate degree in journalism from Columbia University, New York. Suhrith's litigation practice is primarily focused on public law and taxation. He is also a regular contributor to the op-ed pages of The Hindu newspaper.

The details of the webinar are mentioned below:

After registering, you will receive a confirmation email containing information about joining the webinar. 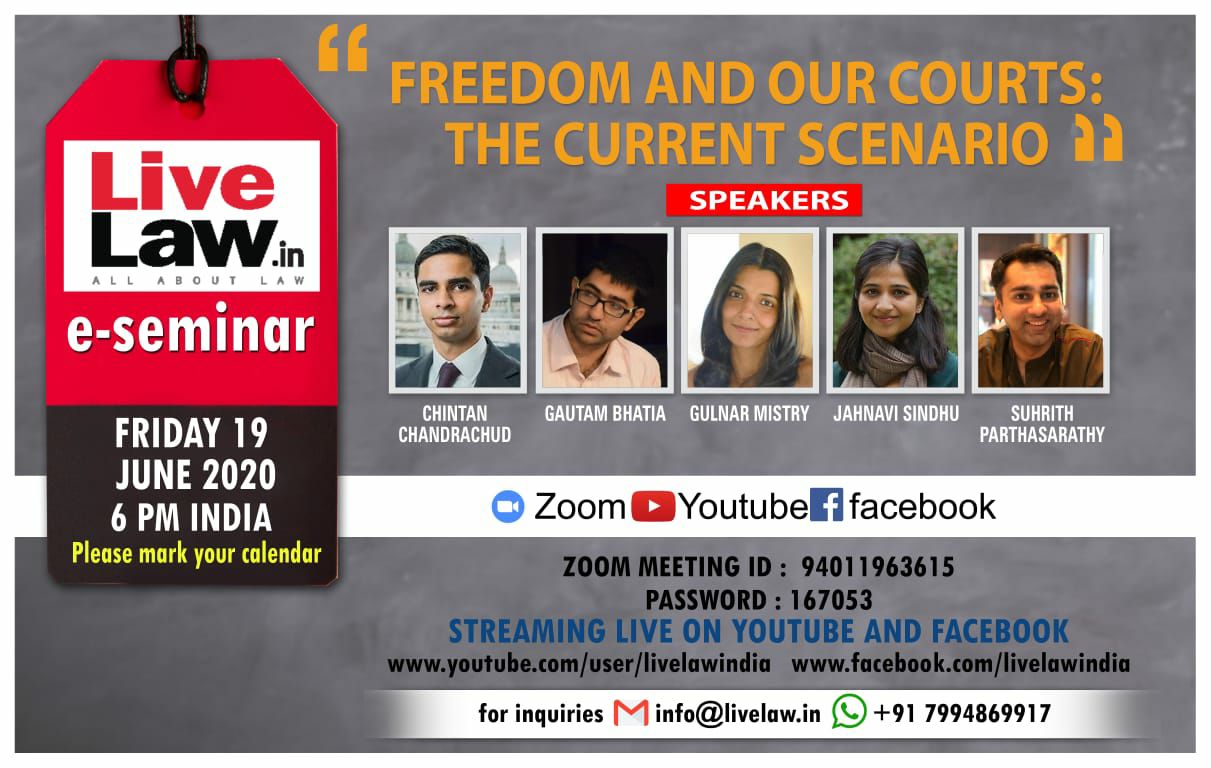