Best To Read Statutes For What They Intend Rather Than Interpret Punctuations; GS Patel J Rejects Distinction In Usage Of Term ‘Court/court’ In Arbitration Act [Read Order] 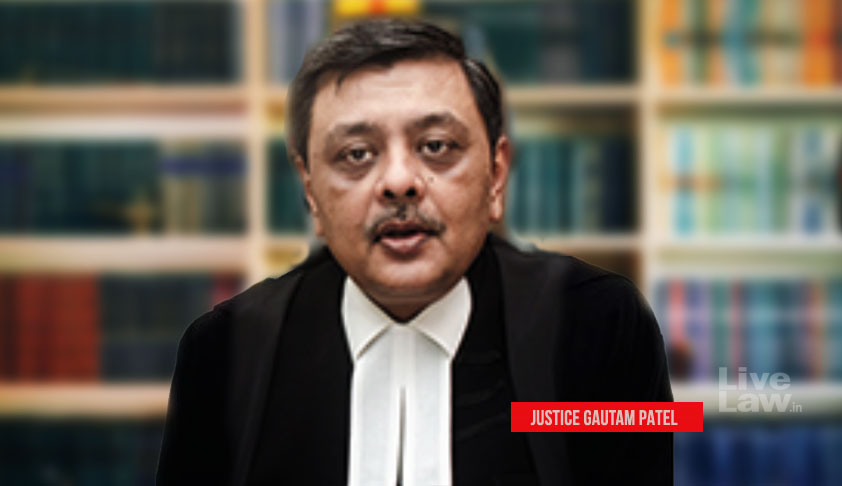 The Bombay High Court recently rejected a distinction between the usage of the word ‘Court’ in upper case and lower case in the Arbitration and Conciliation (Amendment) Act, 2015 sought to be drawn preliminary objection raised by a judgment debtor in an arbitral award dated January 2011.Note: A judgment debtor is a person against whom a judgment ordering him to pay a sum money has...

The Bombay High Court recently rejected a distinction between the usage of the word ‘Court’ in upper case and lower case in the Arbitration and Conciliation (Amendment) Act, 2015 sought to be drawn preliminary objection raised by a judgment debtor in an arbitral award dated January 2011.

Note: A judgment debtor is a person against whom a judgment ordering him to pay a sum money has been obtained and is yet to be realised.

The judgment debtor contended that after the 2015 amendment to Arbitration and Conciliation Act 1996, the use of the word ‘Court’ in upper and lower case had two distinct meanings.

Abhinav Chandrachud appeared on behalf of the judgment debtor and submitted that there was a clear distinction in the use of the lower case ‘court’ in Section 36(1) of the Arbitration and Conciliation Act (amendment) 2015 as opposed to the capitalised ‘Court’ in sub-sections 2, 3 and in Section 34 of the Act. Section 2(1)(e) contains a definition of only the latter use, i.e., Court with the upper case’C’.

According to Chandrachud, under the definition of ‘Court’ in Section 2(1)(e), only the high court on its original side had the jurisdiction to hear the present matter.

Chandrachud placed reliance on a decision of a single bench of the Bombay High Court in Shakti International Pvt Ltd v Excel Metal Processors Private Limited. Dealing with provisions of Section 17 of the Act, i.e., interim measures ordered by an Arbitral Tribunal and specifically with the provision that an Arbitral Tribunal shall have the same power for making orders as the Court has for the purpose, and in relation to any proceedings before it, Justice SJ Kathawalla held that this meant that while the Arbitral Tribunal could appoint a private receiver it could not appoint the Court Receiver because the Arbitral Tribunal was not a ‘Court’ as defined in Section 2(1)(e).

Justice Patel said: “I am of course bound by that decision. But I am also entirely in agreement with it. However, I am of the view that the decision in Shakti International stands on a completely different footing from the present submission.

What Section 36(1) speaks of is not the question of jurisdiction, or choice of Executing Court, but of the manner in which an Arbitral Award is to be put into execution. All that it says is that an Arbitral Award is to be executed as if it is a decree of any court. To agree with the submission of Dr Chandrachud, (that Section 36(1) could not have used the capitalised Court) would render an incongruous result: it would then mean that only Arbitral Awards passed by a Court as defined — in this case the High Court on its Original Side — could ever be put into execution. That simply makes no sense. It is for this reason that Section 36(1) advisedly uses the word ‘court’ in the lower case in a generalised sense, whereas Sections 34 and 36(2) and (3) uses the word ‘Court’ in the upper case as defined under Section 2(1)(e) of the Act.”

After examining the said amendment, Justice Patil disagreed with Chandrachud’s interpretation of it and observed-

“Finally, and not to put too fine a point on it, even after the amendment, this Act (like many others) is replete with punctuation and other errors. A straightforward example is the portion below Section 17(1)(e) where the comma after the word ‘order’ is clearly redundant. There are many number of such examples in this and other statutes and I believe we are best advised to read the statutes for what they intend, and what their objects and purposes are, rather than to interpret for what a punctuation may or may not convey. There is always a time and a place for that level of exactitude. This is not it.”

Thus, the court refused to permit any withdrawal or appropriation against the arbitral award.