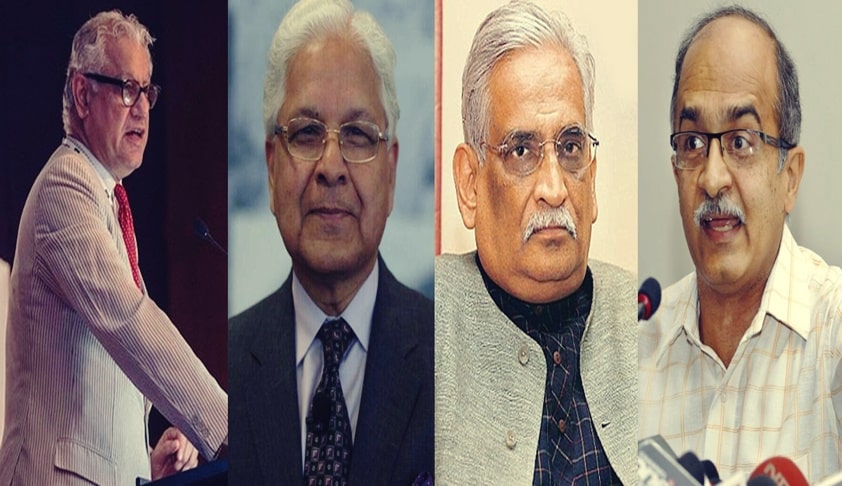 Senior Advocate Anand Grover questioned the propriety of the second FIR registered on January 8 by Tushar Damgude, implicating certain activists for provocative speeches, after the first one on January 2-“Your Lordships have held (in T. T. Antony v. State of Kerala; 2001) that once a FIR has been lodged, there may not be another FIR for the same transaction and consequently, there can be...

Senior Advocate Anand Grover questioned the propriety of the second FIR registered on January 8 by Tushar Damgude, implicating certain activists for provocative speeches, after the first one on January 2-

“Your Lordships have held (in T. T. Antony v. State of Kerala; 2001) that once a FIR has been lodged, there may not be another FIR for the same transaction and consequently, there can be no fresh investigation on the receipt of every subsequent information in respect of the same occurrence”

“The first FIR, by Anita Sawhney, is Supported by the statement made by the Hon’ble Chief Minister (of Maharashtra) on the floor of the house that it was the persons bearing saffron flags who had prevented the Dalits from paying their respects to their icon”, he advanced, adding that such a statement is now admissible in the courts of law by virtue of the apex court’s judgment in Kalpana Mehta (2018) declaring that courts can rely on Parliamentary Standing Committee reports.

It may be noted that the first FIR imputes the Bhima-Korgaon violence to Hindutva activists Sambhaji Bhide and Milind Ekbote for inciting the Marathas against the Ambedkarites.

Mr. Grover attacked the legality of the raids conducted at the houses of the five accused activists in April on the ground that the application for the search warrant under section 93 of the Cr. P. C. had been denied.

“The UAPA [Unlawful Activities (Prevention) Act] requires permission to be procured from the designated authority for any search or arrest but this formality was ignored”, he continued.

Establishing the credentials of the activists arrested, he argued, “Gadling is a lawyer of 25 years of experience. He represented (Delhi University Professor and Maoist activist G. N. Saibaba). I put it on record that he was threatened. ‘You are next’, is what was said to him...Mahesh Rao (another activist) is trying to connect people in the core naxal areas who have never voted. Look that the people who they are attacking!”

Next, Senior Advocate Ashwani Kumar mooted the cause of the constitutional guarantees of liberty and dignity, of fair trial and against a prosecution which negates Article 14 and legal due process-

“the fundamental principle of our libertarian and humanitarian constitution, as applied by this court on several occasions, is that where the question of liberty arises, a court will not allow a criminal prosecution, which is arbitrary on the face of it, to proceed...This petition is not so much about the criminal law, but about the actualisation of constitutional guarantees, which depends on the constitutional adjudication; to read the principles of constitutional morality into the criminal jurisprudence to protect the liberty of an individual against unwarranted intrusion...”

“A citizen is not obligated to withstand a criminal prosecution which takes a toll on him for his entire life, ruins his family and tars his dignity...When the might of the State is pitted against a citizen, the citizen, no matter how strong, suffers...even if he is eventually acquitted, it is only after years of incarceration...”, he continued.

“The liberty of an individual is curtailed more under the criminal law than elsewhere. Oppression of the law is not the letter of the law but an escape from the law”, pressed Dr. Kumar

“Your Lordships will have to determine whether the circumstances in which the arrests were made in August are vexatious”, he pleaded.

It was his case that the quotation by Dalit Activist Sudhir Dhawale of the Hindi translation of certain lines from the 1943 play ‘The Good Person of Szechuan’ could not rationally be the basis of the FIR- “the reason our constitution embodies certain guarantees is because our freedom fighters faced incarceration on those accounts...All poets, in their own manner, have written against social, economic and political injustice. Can that amount to sedition?”

Further, Senior Advocate Rajiv Dhawan inquired rhetorically if investigation adhering to the Cr. P. C. is a forgotten part of the Constitution and if the authorities of D. K. Basu and Nandini Satpathy on the law of arrest and search and seizure hold no water.

“Which inspector-general of police goes to the media disclosing letters and other documents? That is the beginning of unfairness!”, he advanced.

“We have statements of two retired judges, one of this court and the other of a High Court, who say in no uncertain terms that they had organised the event (Elgar Parishad)! How did the police deviate from these statements in the public domain and instead went on to the allegations in the second FIR?”, he continued.

“What happens to a person who is publicly besmirched as being a criminal? One aspect of a fair investigation is that their education is not hurt by calling them criminals. An investigation is a narrow matter not meant for the media...it is the police who start this trial by the media!”, urged the Senior Counsel.

He prayed for the bench to consider the sacrosanctity of the speeches and the nature of the persons arrested. “since 2010, they have been targeted again and again. Such ceaseless targeting by the police which refuses to relent furnishes all the elements of unfairness!”

He objected to the assertion in the counter affidavit filed on behalf of the state of Maharashtra that ‘Elgar’ is only a corrupted version of ‘Yalgaar’ which means ‘the attack’ and that the programme in question was held through a frontal organisation called 'Kabir Kala Manch'.

“‘Elgar’ only means a clarion call. Also, there are some 50-55 frontal organisations of which ‘Kabir Kala Manch’ is not one”

“They call it An ongoing sinister design to commit criminal offences and de-stabilise the society? We have read these persons for the last 2-3 decades! Destabilising the society requires planning and preparation! A few letters here and there will not serve those ends!”, Dr. Dhawan urged vehemently.

“The accused activists are not active members of the CPI (Mavoist). we have shown in our rejoinder that these people have actually Criticised  the CPI(M)!”, he continued.

He depicted how one of the accused had read about the incident on Facebook and proceeded to condemn the attempts to mislead the Dalit community and attract them toward maoism- “is this the basis of a FIR? A never-ending, rolling investigation?”

Finally, Advocate Prashant Bhushan described the present case as a most-extraordinary one, calling for the court to constitute a SIT.

Enumerating the reasons for his contention, he advanced, “there are two FIRs; while one was investigated by Pune Rural (Police), the other by Pune Urban...further, why these activists have been arrested is not because of the allegations in those FIRs but because of those letters that speak of the assassination of the Prime Minister, raising of funds for maoist organisations and procuring arms for them, and which have not been placed on record in any court of law but leaked into the media...finally, These letters have been recovered from the computer of somebody who has neither written them nor to whom they have been written. These sensitive, inflammatory letters were simply kept in a third person’s computer?”

“These people (the accused) have a known track record of being human rights activists. They have made no secret about opposing the government or its policies...This case is even more extraordinary than the other cases where Your Lordships have set up a SIT”, he rested his case.