Alok Verma Case : Who Has The Last Laugh? 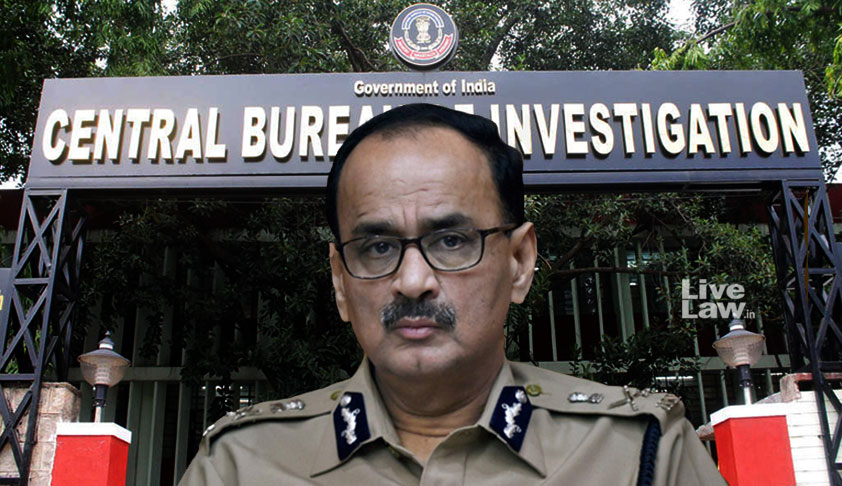 x
Despite the elaborate judicial exercise, the powers that wanted Verma to remain out of charge are still having their way.

Yesterday, the Supreme Court set aside the orders of Central Vigilance Commission(CVC) & Department of Personnel & Training(DoPT) which divested Alok Verma of the powers of CBI Director.The Court rejected the defence of the Attorney General that action against Verma was mere divestment of charges, and hence it did not amount to 'transfer' so as to require the consent of the High...

Yesterday, the Supreme Court set aside the orders of Central Vigilance Commission(CVC) & Department of Personnel & Training(DoPT) which divested Alok Verma of the powers of CBI Director.

The Court rejected the defence of the Attorney General that action against Verma was mere divestment of charges, and hence it did not amount to 'transfer' so as to require the consent of the High Powered Committee. 'Transfer' cannot be given a restrictive meaning as in service jurisprudence, the Court observed. The Court held :

"If the word "transferred" has to be understood in its ordinary parlance and limited to a change from one post to another, as the word would normally convey and on that basis the requirement of "previous consent of the Committee" is understood to be only in such cases, i.e. purely of transfer, such an interpretation would be self-­defeating and would clearly negate the legislative intent. In such an event it will be free for the State Authority to effectively disengage the Director, CBI from functioning by adopting various modes, known and unknown, which may not amount to transfer but would still have the same effect as a transfer from one post to another, namely, cessation of exercise of powers and functions of the earlier post".

On this premise, the Court held that the action against Verma required the sanction of High Powered Committee under Section 4(1) of the DSPE Act, which consists of the Prime Minister, Chief Justice of India or his nominee judge and the Leader of Opposition.

The court reinstated Verma as Director and directed the statutory committee to consider the matter again within a week's time. Till then, Verma has been restrained from taking any major policy decisions, except overseeing the day to day functioning of the agency.

Though the judgment is widely seen as a blow to the hasty, high-handed action by the Centre, one question arises : does it ensure substantive justice to Verma?

A look at the time-line of the case will be pertinent :

It appears that the initial sense of urgency shown by Court fizzled out somewhere in between.

The Court chose to refrain from examining the sufficiency of reasons for the action against Verma. The 44 page judgment, delivered almost a month after judgment was reserved, is on the narrow point whether the action against Verma amounted to 'transfer', which requires prior consent of the Committee(The judicial discussion starts from page 32 onwards, with the previous pages narrating the contentions of counsel). While answering the issue in the affirmative, the Court also held that the issue of divestment was still open to be examined by the Committee, and accordingly directed it to examine the matter within a week. Till then, Verma has been restrained from taking major policy decisions.

The PIL filed by Common Cause, which sought for an SIT probe into the circumstances leading to the ouster of Verma, was  jointly considered by the SC. The PIL had alleged that Verma's was removed to prevent him from investigating sensitive cases. It alleged that Verma was handling investigation of "sensitive" cases and that he was "being victimised for taking action against Mr. Rakesh Asthana, a Gujarat cadre officer and also for entertaining complaint against the top functionaries of the present government"

Without addressing the issues raised by the PIL, it was also disposed of along with Verma's petition by a common judgment.

Verma, who was appointed CBI director on January 20, 2017, will retire on January 19, on expiry of his statutory term.

So, even if the Committee approves his continuation, Verma will have very few days to function as CBI Director!

If the Committee finds that there are no reasons to keep Verma out of charge, will he get any extension of term by the period lost to him by the illegal order passed on October 23? There is no indication in the judgment on this point.

The October 23 orders against Verma were found to be against the spirit of the DSPE Act and the Vineet Narain Judgment, which is to insulate the CBI Director from external influence and to ensure the independent functioning of the agency.

Despite the elaborate judicial exercise, the powers that wanted Verma to remain out of charge are still having their way.

So, who is having the last laugh?