Ambedkar, Minorities And The Bogey Of Love Jihad 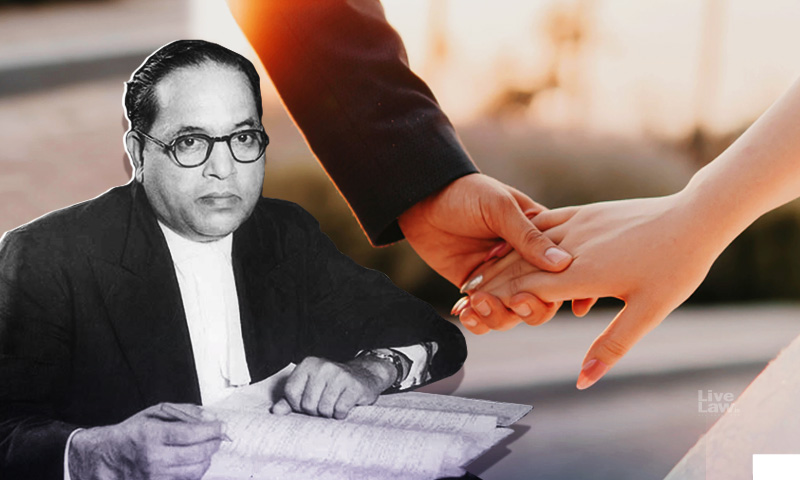 Uttar Pradesh recently enacted Prohibition of Unlawful Conversion of ReligionOrdinance, 2020. Brought with a sense of urgency by choosing the ordinance route, ostensibly the law is for the purpose of regulating religious conversions and punishing what the law describes as unlawful religious conversions.[1] While at it, the law reduces gender and sexuality to binaries of man and...

Uttar Pradesh recently enacted Prohibition of Unlawful Conversion of ReligionOrdinance, 2020. Brought with a sense of urgency by choosing the ordinance route, ostensibly the law is for the purpose of regulating religious conversions and punishing what the law describes as unlawful religious conversions.[1] While at it, the law reduces gender and sexuality to binaries of man and woman and reinforces the idea of marriage as a heterosexual preserve.[2] Further, it assumes that women are weak and subordinate beings in perpetual need of protection by the State. While infantilizing women for their own good has been a frequently used approach by law and judiciary towards women in India, the present ordinance kill two birds with one stone by combing it with the demonization of the largest minority in the county. [3] Accordingly, the law, at best, taints interfaith marriages between Hindu women and Muslim men and discourages it. At worst, it considers such marriages a conspiracy meriting the protection of what it projects as the gullible and imprisonment of what it condemns as the wicked. Unfortunately in India, both women and Muslims lack sufficient social and political safeguards to pose any major challenge to such stereotyping and demonization.

To be fair, the law is couched in religion-neutral terms, yet the diatribe against what has been condemned as "love jihad" and the immediate implementation of the statute, does not leave much interpretation necessary on the objectives and purposes of the statute.[4] While the present ordinance most certainly is a reflection of the discriminatory and polarizing politics of our times, it has been aided by two factors- the patriarchal and endogamous nature of marriage and the complicity of the society in perpetuating the same and the lack of political safeguards for the minorities. Dr. B. R Ambedkar grappled with both in the very beginning of India's nationhood and his insights and prescriptions may be relevant for understanding the predicament of today's India.

According to Ambedkar, endogamy with its prohibition on intermarriage provided the basic framework for the caste system and was also responsible for inferior status of women across caste groups. [5] Accordingly, the Hindu Code Bill, one of his most passionate works after independence abolished rules pertaining to castes and sub-castes in sanctifying marriage between the Hindus and provided for that all marriages between Hindus would have the same sacramental and legal status regardless of the castes the spouses belonged. The Bill's removal of caste restrictions disrupted the structural links between caste, kinship and property that forms the core of brahmanical patriarchy and recognized the politically equal Indian woman citizen as an individual and not merely as the bearer of the honour of the family, kinship and community. The bill also provided for monogamy, divorce and equal share in property for women.[6] Predictably, the bill was vehemently opposed by the Hindu orthodoxy who termed it as a "manifesto of unfettered freedom for women". Amedkar however remained unwavering in his commitment to pass the bill and resigned to protest the lukewarm support to the bill by the government and the parliament. Eventually, a diluted version of the Bill was passed. Sadly however, the Indian society is still tied to the yoke of brahmanical patriarchy. Most marriages are arranged and a very few that defy the boundary of caste or religion face varying degrees of social wrath.[7] It is this tyranny of society that the UP ordinance exploits.

"The British System of government ……..if applied to India ………… would make the majority community a governing class and the minority community a subject race. It would mean that a communal majority will be free to run the administration according to its own idea about what is good for the minorities. Such a state of affairs could not be called democracy. It will have to be called imperialism."[8]

Ambedkar's memorandum sought a non parliamentary executive with prime minister to be elected by the whole house and representatives of different minorities in the cabinet to be elected by members of each minority community in the legislature by a single transferable vote.[9] The memorandum also sought the establishment of the office of the superintendent of minority affairs who would be removable in like manner and on like grounds as a judge of the Supreme Court.

Later, during a discussion in the Constitution Assembly, Ambedkar also suggested that in elections to the parliament or legislative assemblies, candidates from the majority community must secure a minimum number of votes from the minority community before being declared as winner. The proposal however failed for lack of majority. [10]

India neither chose the mode of government precibed by Ambedkar nor gave the extensive safeguards to minorities as demanded by Ambedkar. Deploringly then the laws of the democracy reek of the biases of the majority against the minority. Notably Ambedkar's idea of a minority was not governed by religious affliation or circumscribed by numerical test. Rather, minority status depended on realities of discrimination and exclusion from the state power and included women , Scheduled Castes and Scheduled Tribes. And there are not sufficient political safeguards to protect Ambedkar's minority from what he described as the "tyranny of majority". UP's recent ordinance is a grim manifestation of the same.

[3] For a detailed analysis of the protectionist approach of law towards women see Nivedita Menon(ed.), "Gender and Politics in India", Oxford University Press(1999)