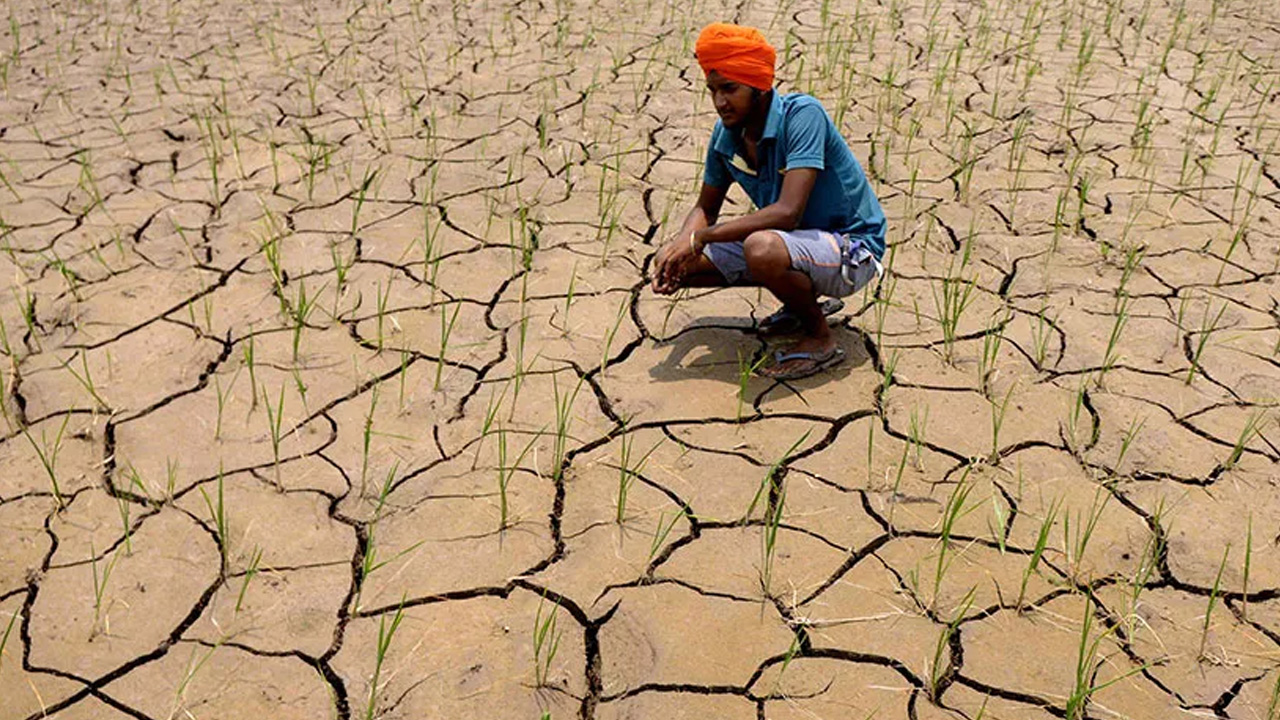 During the Green Revolution, Punjab and Haryana switched from their conventional crops (maize, pearl millet, pulses, and oilseeds) to the wheat-paddy cropping cycle, which took place in the late 1970s and early 1980s.

The country's food security was ensured by the shift in planting patterns, therefore neither the Center nor the two states expressed any worry about the sustainability of the resources. When groundwater levels began to decline as a result of rice farming in central Punjab and portions of Haryana in 1979, the alarm was first raised. However, the 1988 floods had a positive impact on the water levels. Later, the problem resurfaced and caused a threat to the state of Punjab as it was the major hub for Agricultural Activities in North India and had been one of the Epicenters of the Green Revolution.

To arrest the declining water table and to address the issue of overexploitation, the State Legislature of Punjab rolled out The Punjab Preservation of Subsoil Water Act, 2009 to alleviate the crisis. However, has it stood up to its objective or is there a need to recall the Law and reconsider the position of the State's effort towards water management?

What The Act Contains:

Interestingly, the Act dealt with the dates and specified periods in which the sowing and transplanting of Paddy crops, the cultivation of which is water-intensive activity, could be undertaken. The rationale was that, if the time of Paddy Cultivation could be mandated during the sowing months, the burden on the Water Level could be eased.

In its attempt to regulate the Sowing of crops, it defined various terms such as 'Farmer', 'Notified Dates', 'State Government' and relative jargon clearly and succinctly.

The Section 2(c) defined a Farmer as-

And Section 3 of the Act laid down the precise dates for the Sowing and Transplanting of Paddy crop.

This meant that the Farmers were bound within these set Dates for both processes, and they had to complete the activity under this deadline. However, these dates were subject to changes that the Government deemed fit.

However, one of the most striking features is the Penalty imposed on those flouting the Provisions of the Act. The Section 6 and Section 7 collectively lay down the instructions for destroying the Crop and imposing penalties on offenders. The Section 6 states that

This Section meant that if any farmer acts in contravention of Section 3, the Authorised Officer defined u/s 5, could either by his own motion (suo motu) or upon verified information, could take actions leading to the destruction of Crop, which was produced before the Notified date and the Farmer could be penalized u/s 7 of the Act.

Section 7, on the other hand, imposed a penalty of rupees ten thousand for every month or part thereof, per hectare of the land till the period, such contravention continues. Moreover, it also gave the farmer a chance to be heard

Controversially, the most tragic and unintended counteract was on the Environment, as the Act drafted to protect the depleting water levels failed and instead, increased the pollution levels.

The Act's goal was to postpone the planting of rice seeds so that less water could be needed to harvest them. Farmers used to harvest paddy seeds in April before the commencement of the Act. In case, where this could not be followed, the crop had to be destroyed, preferably by burning, hence, ultimately wasting resources.

In September, late rains in Punjab and Haryana caused paddy harvesting in some areas of the region to be delayed by one week. Due to the delay, there was little window for planting the following wheat crop, and burning stubble appeared to be the quickest option to prepare the fields for the next crop.

Residue burning is a procedure that is frequently used by farmers in the northern Indian states to prepare the land for planting wheat. It is a contentious practice that is widely blamed for adding to the environmental pollution in northern India.

In June 2019, the study conducted by a group of scientists from India, the United States, and Mexico was released in the journal Nature Sustainability. According to the study, the "changing patterns of rice production and agricultural burning" encourage this growth in air pollution. The researchers analysed satellite data to determine the consequences of "groundwater conservation measures on air quality in northwest India." When rice is seeded in April or May, it was discovered that 4500 litres of water are needed to cultivate 1 kilogram of rice. However, the amount of water needed to complete the planting in mid-June is just 1500–2000 litres. This is because the months of April and May have an abnormally high rate of evaporation; thus, delaying the harvest of rice might preserve a significant quantity of water.

A similar act was also enacted in Haryana, with several effects seen in the agriculture pattern post 2009 and is still in-force.

The timing of rice harvest and the subsequent residue burning has been adjusted per the necessary delay for rice planting by the Act. According to the report, "before 2009, over 40% of the Punjabi rice crop was harvested by October 26; however, this decreased to 14% after that date." The study also found that while residue burning decreased in the final two weeks of October, it considerably rose in the first three weeks of November. "Prior to the acts, there were a maximum of 490 fires each day on October 24. This escalated to 681 fires each day after the acts went into effect, culminating around November 4," it continued.

The analysis also found that aggregate rice output grew by 11% and total rice area by 10% in the years after the enactment of the groundwater statutes, indicating that there was more paddy residue for burning and, consequently, a rise in the pollutants from burning. Moreover, Section 6 which empowers the 'authorised officer' to destroy the crop sowed in contravention, depletes a farmer of his right w.r.t the freedom to sow the crop in the farm is a controversial bit of the Act, with limited legal recourse available to the Farmer.

The federal government released a National Clean Air Plan Programme in January 2019 in response to many court decisions and considerable public pressure, although it was criticized for not having the enforcement power to ensure conformity. Hence, ultimately threatening the water levels of the State and putting further Agricultural Activities in Peril.

Although there are several ways to handle stubble effectively, none of them appears to be linked to the right institutional or financial structures. The in-situ management approach, which entails raking the ground's debris back into the soil, is the most notable alternative offered. Farmers cannot afford this due to the high costs of both manual labour and mechanized alternatives.

Due to the need to plant wheat seeds by early November, there is a pressing need to clear stubble. Wheat is a 140-day harvest, and mid-April, when the temperature is at 35 degrees C, is the most important time for harvest. Wheat ripens prematurely if the seeding is delayed, which has a negative impact on the output quality. The Preservation of Subsoil Act, which gives farmers very little time to prepare the ground for wheat sowing, makes the issue much worse. -

Recent studies in this area claim that because Punjab is so heavily dependent on the production of paddy to feed the nation, the Center is strategically hostile to diversification in the state. In such cases, proper governmental intervention that emphasizes fair price compensation and secure markets for purchasing goods and services may encourage farmers to vary their planting patterns. Furthermore, Punjab declined to approve the prototype groundwater management bill from the Center in 2010, stating it was too onerous for farmers. In the same vein, institutionalized machinery must be set up to dispose of grain effectively. The state's ecological survival will continue to be in jeopardy unless such prompt action is taken.