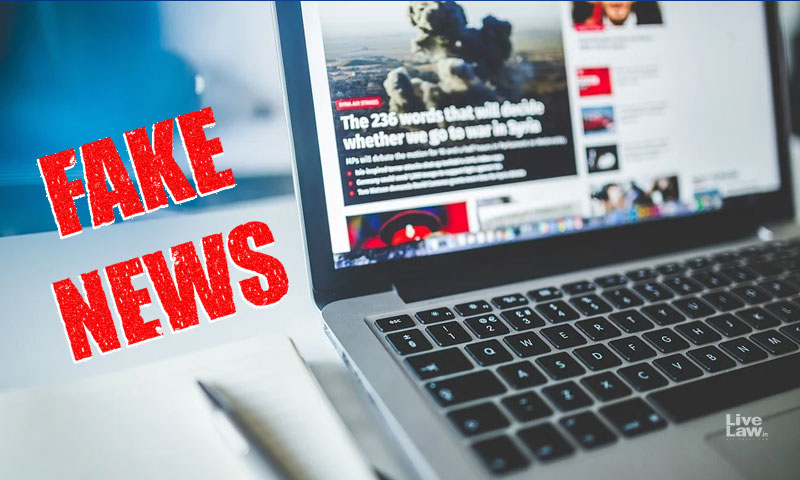 On 23rd May 2020, the Dy. Commissioner of Police, Greater Mumbai (Operations) & Executive Magistrate issued an Order under Section 144 of the Criminal Procedure Code ("CrPC") to curb the dissemination of fake news which is resulting in the spread of COVID - 19. In view thereof, the Order prohibits the dissemination of information through various messaging and social...

On 23rd May 2020, the Dy. Commissioner of Police, Greater Mumbai (Operations) & Executive Magistrate issued an Order under Section 144 of the Criminal Procedure Code ("CrPC") to curb the dissemination of fake news which is resulting in the spread of COVID - 19. In view thereof, the Order prohibits the dissemination of information through various messaging and social media platforms, like WhatsApp, Facebook, Instagram, found to be (i) incorrect and distorted; (ii) derogatory and discriminatory towards a particular community; (iii) causing panic and confusion among general public or (iv) inciting mistrust towards government functionaries and their actions taken, in order to prevent the spread of the virus. Additionally, the Order makes all group administrators on messaging and social media platforms personally liable for any violation mentioned above.

While the object behind this Order may be justified, the wide amplitude of restrictions imposed therein have cast a shadow of doubt on its legality. The temporary restrictions imposed are vague, exceed the object which they seek to achieve, and consequently threaten the right to freedom of speech and expression guaranteed by the Constitution of India under Article 19(1)(a).

The phrase 'distorting facts' suffers from the vice of vagueness, as its contours are not clearly defined. It is a cardinal principle of law that a penalizing provision should give a person of ordinary intelligence a reasonable opportunity to know what is prohibited, so that she may act accordingly [See Kartar Singh v. State of Punjab (1994) 3 SCC 569]. The Order penalizes the dissemination of information which "distorts facts" without actually defining "information that distorts facts" or "facts". Without a precise definition, any bona fide contrary opinion on a particular issue, could be viewed as 'distorting', without knowledge about what the authority believes to be a 'fact'.

Additionally, the Order offers no guidance to the authorities to decipher the difference between information that 'distorts a fact', and information which presents a contrary opinion/interpretation on that fact. This would result in arbitrary enforcement of this restriction, as the meaning of circulated information may differ from person to person. For example, an innocent person forwarding a message/ video about an anti-COVID 19 drug, suggested by one research organization, may be viewed as a distortion by another person who has received and believes the opinion of a different research organization.

As a person would continuously be in the grey about whether or not the information she is distributing distort facts, it would lead to a chilling effect on her right to freedom of speech and expression. A similar situation arose in Shreya Singhal v. Union of India (2015) 5 SCC 1, where Section 66A of the Information Technology Act, 2000 was scrutinized due to the vagueness of its prohibitions. While striking down the impugned Section, the Supreme Court held that "Section 66A is cast so widely that virtually any opinion on any subject would be covered by it, as any serious opinion dissenting with the mores of the day would be caught within its net. Such is the reach of the Section and if it is to withstand the test of constitutionality, the chilling effect on free speech would be total."

In our opinion, without a proper mechanism available to check the veracity of facts, or a temporary but precise criterion of what constitutes a 'fact' for the purposes of this Order, the restriction unreasonably violates the right to freedom of speech and expression of the citizens of Maharashtra.

The remaining restrictions are in the nature of pre-censorship orders, which prohibit speech of certain nature and about certain issues till the Order stays in effect. Pre-censorship orders have previously been upheld as constitutional in emergent circumstances [See Babulal Parante v. State of Maharashtra AIR 1961 SC 884]. However, the restrictions imposed under a Section 144 Order to amount to a 'reasonable restriction' must qualify the principles of proportionality, and thereafter apply the least intrusive measures (See Anuradha Bhasin v Union of India, W.P (C) NO. 1031/2019, Supreme Court judgment dated 10.01.2020)

The restrictions imposed on the Press and individual's rights to fair comment and criticism are disproportionate to the object stated in the Order. To test the proportionality of an administrative Order, one must analyze if (a) the measure restricting a right has a legitimate goal; (b) the restrictions are a suitable means of furthering this goal; (c) there is not any less restrictive but equally effective alternative; and (d) the measure does not have a disproportionate impact on the right-holder [See Modern Dental College and Research Centre and Ors. vs. State of Madhya Pradesh and Ors. (2016) 7 SCC 353].

If the Order in question is analyzed in terms of the four-part test laid down in the Modern Dental College judgment, it seems to struggle to fit within most requirements.

Critical reporting and dissemination of information about State Government mismanagement aids the fight against COVID – 19. The Supreme Court and several High Courts in their respective States have taken suo moto cognizance of news items that critically reported about the migrant labour crisis, the ineffectiveness of morgues and hospitals, and unavailability of essential services. Thus, curtailing the right to make a fair comment and criticize the State Government is counterproductive to the object of the Order.

Though the object of the Order highlighted many positives and necessary goals, the restrictions imposed on the right to freedom of speech and expression by the Order appear to be disproportionate.

The Order penalizes administrators of messaging groups on social media platforms for actions they cannot be prevent. According to paragraph 5, an administrator of a group is personally liable, if she "allows" any member of the group to disseminate information which is prohibited. However, no social messaging application empowers the administrator to 'allow' or prevent another member of the group from sharing what she desires. Therefore, if this direction is enforced, an administrator of a group will be prejudicially & vicariously prosecuted for an act which she has not abetted, nor has the power to prevent.

It is also interesting to note that the Order has cast a positive duty on group administrators to report members violating the provisions of the Order. Such a mandatory direction is not permissible within the scope of Section 144 of the CrPC. Under this Section, the concerned authority can only pass a preventive order. [See Ramanlal Bhogilal Patel v. N.H. Sethna 1971 Cr.L.J, 435]. Applying this principle, by imposing a positive obligation on the administrator, the concerned authority has exceeded the mandate of Section 144.

Recently, the  High Court of Gujarat made a few observations on the right to comment & criticise the State Government during the COVID – 19 outbreak. The Order has acknowledged that cooperation, understanding, and constructive criticism are powerful tools to fight the pandemic. However, in order to deter politicization of the virus, the Order cautions State citizens that "those who cannot extend their helping hand in this difficult time have no right to criticize". In our opinion, a statement as broad as the one above is problematic. Deterring political opportunism or destructive criticism is important, but the right to criticize the government is a democratic right of every citizen, whether they are in a position to personally help or not.

In the unprecedented circumstances being faced by not just India but the world right now, governments are being tasked with problems in every sphere of administration related to COVID -19. It is understandable in such circumstances that governments would expect support from their citizens in combatting the disease. However, there is a duty on the State of Maharashtra to balance the rights of its citizens while imposing restrictions upon their fundamental freedoms. Free communication, while posing a challenge, serves as an important tool in preserving democracies. It provides constructive criticism which may be used to improve the state of affairs and better-equip the state in dealing with the crisis. From curbing the rights of the citizens to comment on the action of their government to imposing obligations upon Group Administrators to report content, the State appears to have teased the limits of reasonable restriction on its citizens' right to free speech. The Order has a ring of an authoritarian directive that infringes on people's constitutional rights and disallows them from voicing their expectations to the very government they elected.

(Sukanya Singh is an Advocate practicing in the Supreme Court of India who recently completed her Masters in Law from Cornell University, New York. Shivek Sahai Endlaw is a penultimate year student pursuing his B.A.L.LB (H) from Amity Law School Delhi, GGSIPU)