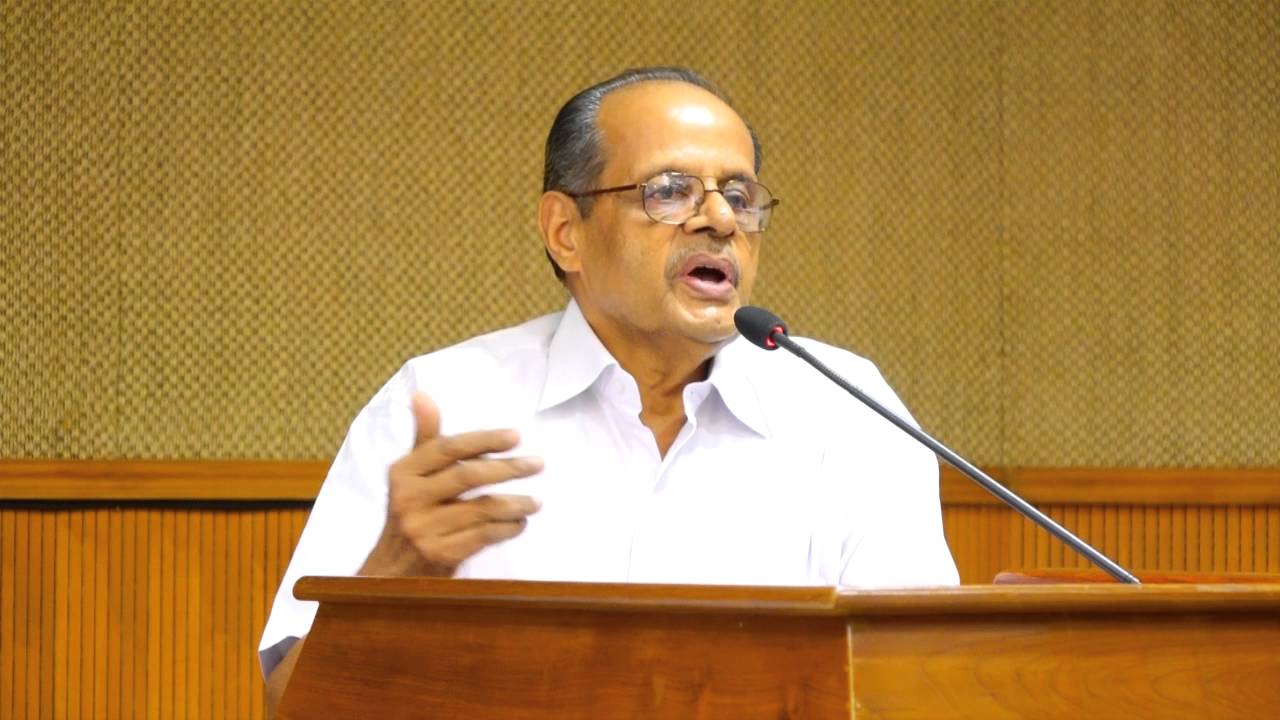 I requested Prof.N.R. Madhav Menon to speak at the tenth Annual Convention of CIC in 2015 addressing issues of character and duties of the Commissioners. He touched upon important aspects saying that 'time came to discuss how far the objectives of RTI Act were realized in making government transparent and accountable. If you are talking about digitalization of information, are you discarding...

I requested Prof.N.R. Madhav Menon to speak at the tenth Annual Convention of CIC in 2015 addressing issues of character and duties of the Commissioners. He touched upon important aspects saying that 'time came to discuss how far the objectives of RTI Act were realized in making government transparent and accountable. If you are talking about digitalization of information, are you discarding the whole lot of rural population with no access to digitalized world and information? More encompassing approach is the need of the hour'.

He explained that CIC/SIC is adjudicatory quasi-judicial body, which need to be adequately manned with legal minds for better interpretation of RTI Act. He said: the stumbling block in success of the Act is the mindset of the democratic setup of the Country which is not in tune with what the Act envisages. Referring to key provision i.e., Section 8 of the RTI Act, Prof Menon said this section reflects the object of the Act i.e., to deny information only if it is counterproductive, and the CIC and SICs are the bodies to ensure this. The Commissions are under responsibility to balance the conflicting interest of disclosure and privacy issues: a deeper issue involved while dealing with the RTI Act.

On photo publicity of politicians

As Central Information Commissioner I was hearing a second appeal on refusal of information about expenditure on publicity with photos of political leaders. Can governments spend crores of rupees of tax payer's money to fetch publicity to political leaders? In a PIL, Supreme Court constituted a committee study this phenomenon and recommend, under the chairmanship of Prof Madhava Menon. I have ordered Union and Delhi Governments to disclose their policy regarding photo-advertisements of politicians at the cost of state exchequer, in view of its condemnation by Delhi Lokayukta, Prof Madhava Menon Committee and the Supreme Court of India. Madhava Menon Committee recommended government advertisements in media must not have faces of ministers and leaders of ruling party, should avoid symbols of parties, only if felt essential it should be restricted to photographs of President/PM or Governor/Chief Minister. CIC asked Government to explain its policy on Madhava Menon report .

Prof Madhava Menon, who came for national conference on Legal Education at Bennett University answered this question: for a real and useful research in law, you must have a problem that rattles you. I met him after speech. "Prof. you were right, one problem rattled me as CIC and I could study, and the result was very useful". He was curious to know. Asked me for details. I gave.

In 70 per cent of cases government departments used to reject information on the ground of privacy quoting a Supreme Court Judgment in Girish Ramachandra Deshpande Information about complaints and action against a public servant (among other things) was frequently denied. The ICs upheld this rejection on privacy grounds. If complaint is about wrongdoing by officerthat is proved in inquiry followed by a cut in increment, how that could be his personal information? If the inquiry proved no wrong, why not that also be shared? Girish lost case before single and division bench of Bombay High Court, and then filed a special leave petition before Supreme Court. The bench of two judges dismissed SLP agreeing with High Court. Based on this order, DoPT- nodal agency for implementation of RTI passed an Office Memorandum, directing all Public Information Officers not to give such information. Every day approximately 50% second appeals are dismissed on this ground in each and every Commission – both in centre and states all over the country. Girish is a pocket pistol decision used to shoot down RTI requests, killing objective of RTI Act totally. It rattled my mind. Its day-to-day problem of people before ICs. I started researching the issue in depth. Found that it was only dismissal of SLP and not a full-fledged hearing of writ appeal. SC denied special leave to file petition. That cannot be considered as decision on merits and precedent. Supreme Court said it in many cases. If SC decision is not precedent, order of HC is. The judgment of Bombay High Court division bench does not suffer this infirmity because it was given after comprehensive hearing of merits on either side. Question is: what is privacy for a public servant? Bombay HC's order was superseded on that subject. Supreme Court was clear in RR Gopal v Tamil Nadu about what constitutes privacy. Then came Justice KS Puttaswamy (Retd) vs. Union of India deciding on fundamental right status of privacy with exceptions, which could include transparency in public interest. I found Girish is no more a precedent, gave orders rejecting the Girish defence to give information about complaints and punishments to the public servants.

Prof Menon appreciated it and advised me to document this and send a note to him. I said "Sir, it was my thesis, which secured me LL.D.in 2018 (published as book "Privacy as Secrecy"). Congratulating me, Prof Menon still wanted me to write a short note. Its tragedy that I am writing this now to pay tributes to him.

Law departments, the national law schools, bar and bench, besides the society at large will miss the great guide with passing away of veteran law teacher Padma Shree, Prof Madhava Menon, who reformed modern national legal education in India since 1980s.