Remission Granted To Convicts In Bilkis Bano Case: Is It Legal? 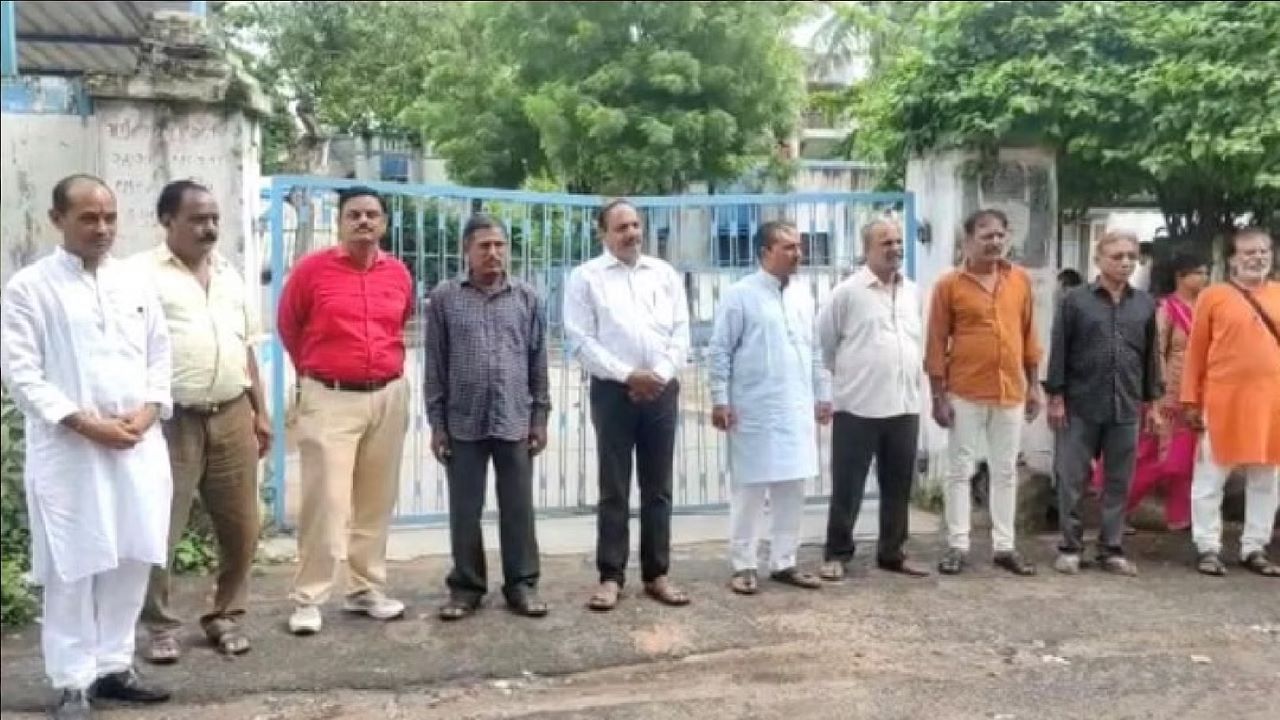 While the country was celebrating its 76th Independence Day on August 15, 2022, the Gujarat government, in a decision which is now criticised by media across the globe as a "tragic reflection of India's halting progress in addressing violence against women", released 11 convicts who had been sentenced to life imprisonment in the Bilkis Bano gang rape and murder case. The convicts were...

While the country was celebrating its 76th Independence Day on August 15, 2022, the Gujarat government, in a decision which is now criticised by media across the globe as a "tragic reflection of India's halting progress in addressing violence against women", released 11 convicts who had been sentenced to life imprisonment in the Bilkis Bano gang rape and murder case. The convicts were released after a State Government panel approved their application for remission of sentence under a remission policy prevalent in Gujarat at the time of their conviction in 2008. This article aims to dissect the legality of the premature release of convicts, while tracing the development of the law of remission in India.

The Bilkis Bano case is a harrowing tale underscoring the unspeakable horrors of the Gujarat Riots that took place in 2002. On 3 March 2002, Bano, then 21 years old and five months pregnant, was gang-raped in the Dahod district of Gujarat as unprecedented violence tore across the state following the Sabarmati Express massacre. Seven of her family members, including her three year old daughter were also killed on the fateful day.

In 2004, the Supreme court, in order to ensure impartial investigation and fair trial, directed Bano's case to be transferred out of Gujarat and to Maharashtra as Bano alleged receiving death threats from the accused persons. The Central Bureau of Investigation (CBI), on the direction of the Supreme Court, investigated the matter, and the trial was held in Maharashtra. In 2008, a Mumbai Session court convicted the accused persons guilty of offence under Section 302, 376(2)(e)(g) read with Section 149 of the Indian Penal Code (IPC), and awarded them rigorous imprisonment for life and fine. In May 2017, a division bench of the Bombay High Court upheld the conviction and sentence awarded by the trial court. In 2019, the Supreme Court of India, directed the Gujarat government to pay Rs 50 lakhs as compensation to Bano along with providing her with a government job and a house.

While Bano presumed that her fight for justice was over, after over 15 years in jail, one of the convicts, Radheshyam Shah, approached the Gujarat High Court seeking remission of his sentence under sections 432 and 433 of the Code of Criminal Procedure. The High Court dismissed his plea while observing that the "appropriate government" to take a decision in the matter was Maharashtra, and not Gujarat. However, the Supreme Court, while rejecting the High Court's view in May 2022, in the case of Radheshyam Bhagwandas Shah @ Lala Vakil vs State of Gujarat, held that the remission application had to be decided by the Gujarat Government as the offence took place in the State of Gujarat. The division bench, comprising Justice Ajay Rastogi and Justice Vikram Nath, opined that the case was transferred to Maharashtra due to "exceptional circumstances" for the "limited purpose of trial" alone and thus, post trial proceedings such as remission fell under the jurisdiction of the State government of Gujarat. Accordingly, the court directed the government of Gujarat to look into the question of remission. Under its remission policy, the Gujarat government awarded remission to the eleven convicts who had been sentenced to life imprisonment on charges of gang rape and murder.

A fundamental tenet of legal jurisprudence is that the executive cannot change a court-issued sentence. However, Section 432 of the Code Of Criminal Procedure allows state governments to grant remission to convicts, which means, a State government can release a prisoner prematurely, if it so desires. This provision is legal because in cases of remission, only the way the sentence is carried out is changed. Thus, remission only means that the execution of a sentence is handled differently and it does not imply that a person's conviction is overturned. It is pertinent to note, however, that the exercise of the power of remission is in itself subject to judicial review.

Accordingly, prisons (and their management) fall under the ambit of State subject under the Seventh Schedule of the Indian Constitution. The administration and management of prisons is governed by the Prisons Act, 1894, and the Prison Manuals of the respective state governments. The Prisons Act provides that only states can make rules regarding the release of prisoners on remission, as part of the correctional process in jail reforms. However, the Centre is permitted to release non-binding guidelines with regards to the same. In this context, the Ministry of Home Affairs released a comprehensive Model Prison Manual in 2016 on all aspects of prison administration and requested all states to review existing rules and procedures and base their rules on remission, among other things, based on this manual. However, this manual is not binding in nature.

Is the grant of remission in the Bilkis Bano Case legal?

In order to determine the legality of the grant of remission to the convicts, certain questions must be answered. First, is the Gujarat Government the "appropriate government" as per Section 432(7) of the CrPC to grant remission? Second, is the Centre's concurrence necessary in cases of remissions? Third, is the opinion of the presiding judge necessary? And fourth, do past verdicts of the Supreme Court of India support such instances of remission? Analysing legal and judicial developments pertaining to these four questions shall provide us with a clearer picture on the legality of the remission in the present case.

a) What is an "appropriate government"?

However, this decision has been criticised by many, including Senior Advocate Rebecca John who, in an interview with Live Law, stated that the case was transferred to Maharashtra due to extraordinary circumstances and thus, there would be an apprehension of bias on the part of Gujarat Government while determining the case. It is pertinent to note that in the case of Union of India v. V. Sriharan, Justice Lalit, stated that "According to this provision, even if an offence is committed in State A but if the trial takes place and the sentence is passed in State B, it is the latter State which shall be the appropriate Government"

Similar view was also held in State of Madhya Pradesh v. Ratan Singh (1976) and Hanumant Dass v. Vinay Kumar and others (1982).  The text of the statute is very clear in this regard, as Section 432(7) says "appropriate government" is "the Government of the State within which the offender is sentenced or the said order is passed".

b) The issue of Centre's concurrence

Section 435 of CrPC states that in a case where an investigation is carried out under any Central Act by a central agency (such as CBI in the present case), no order of remission can be passed by the State Government, unless concurrence has been produced by the Central Government. The rationale behind the same is that matters investigated upon by central agencies such as CBI fall under the ambit of the executive power of the centre. Thus, state, on its own, cannot grant remission in such cases. In the present case, there exists nothing in the public domain which provides that the Centre was consulted before granting remission to the convicts. It is also pertinent to note that in June 2022, the centre had released guidelines pertaining to remission. As per the guidelines, special remission was to be granted to prisoners on August 15, 2022, January 26, 2023 (Republic Day) and August 15, 2023. However, the guidelines made it clear that persons sentenced to life imprisonment and rape convicts were not entitled to be prematurely released.

c) Presiding Judge's Opinion: What value does it hold?

Section 432(2) of the CrPC provides that the appropriate government may take the opinion of the presiding judge of the court before which the person making an application for remission had been convicted on whether the application should be allowed or rejected, together with the reasons for such an opinion. In Sangeet v. State of Haryana, the court, while opining that the government was required to approach the presiding judge, stated that-

"The decision to grant remission has to be well informed, reasonable and fair to all concerned. The statutory procedure laid down in Section 432 CrPC does provide this check on the possible misuse of power by the appropriate Government."

In fact, in Union of India v. V. Sriharan, a Constitutional Bench of the Supreme Court even held that the procedure stipulated under Section 432(2) was mandatory as the opinion of the presiding judge would enable the government to take the 'right' decision as to whether or not the sentence should be remitted. However, as held in Laxman Naskar v. Union of India, and later, Ram Chander v. State of Chattisgarh, the opinion of the presiding judge has to be accompanied by fair reasoning.

In State of Madhya Pradesh v. Ratan Singh, the Supreme Court had observed that the State had an undoubted discretion to remit or refuse to remit the sentence and no writ could be issued to direct the State Government to release the petitioner. However, in Ram Chander v. State of Chattisgarh, the Supreme court held that–

"The Court has the power to review the decision of the government regarding the acceptance or rejection of an application for remission under Section 432 of the CrPC to determine whether the decision was arbitrary in nature. The Court is empowered to direct the government to reconsider its decision."

Accordingly, the grant of remission is subject to judicial review. A quick look at judicial precedents determining the legality of remissions would show that much weightage is given to "fairness" of such remissions. For instance, in the case of State of Haryana v. Mohinder Singh, the Supreme Court held that the power of remission could not be exercised arbitrarily. The court stated that-

"The decision to grant remission should be informed, fair and reasonable".

The Gujarat Government, by granting remission to the convicts in the Bilkis Bano case has resulted in shock waves across the nation. The resultant public outrage has only worsened after the convicts were welcomed with sweets and garlands and C.K. Raulji, a BJP MLA, who was part of a review committee that recommended the release stated- "Whether they committed the crime or not, I do not know...Their family's activity was very good; they are Brahmin people and as it is with Brahmins, their values were also very good." This also comes in the aftermath of PM Modi's address on the Independence Day celebrations where he spoke on women's rights and said "It is important that in our speech and conduct, we do nothing that lowers the dignity of women."

While it is recognised that remission is a crucial component of the criminal justice system's reformation and retribution premise, which contemporary liberal democracies like India have long flourished for, the right of remission is not absolute and must be applied objectively, not selectively.