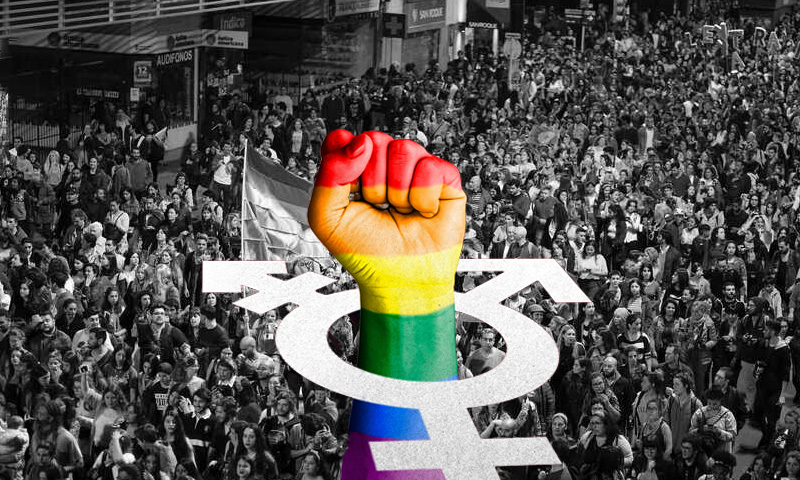 In 2005, Ajay Mafatlal, the first person in India to undergo a sex reassignment surgery, was accused of doing so for inheritance. Since then, there has been increasing institutional recognition of transgender persons in India. In 2011, the national census for the first time allowed persons to identify as - others - leading to approximately five hundred thousand individuals availing...

In 2005, Ajay Mafatlal, the first person in India to undergo a sex reassignment surgery, was accused of doing so for inheritance. Since then, there has been increasing institutional recognition of transgender persons in India. In 2011, the national census for the first time allowed persons to identify as - others - leading to approximately five hundred thousand individuals availing the choice. In 2014, the Supreme Court directed the constitutional recognition of a third gender. However, civil rights of transgender persons have garnered little attention, including the right to inheritance. Immovable property is the largest asset holding of individuals in India. Access to property is widely understood to alleviate the social standing of persons. This is of particular importance since transgender persons have low income, savings, and do not have access to housing. If they cannot access (inherit) property, it will cater to continuing marginalisation.

Rights Of Transgender Persons In India

There is a long history of transgender persons in India. Several scholars and judges have written about the acceptance of transgender persons in ancient India. This position changed during India's colonial rule. The Criminal Tribes Act of 1871 labelled transgenders as criminals, and mandated registration. It also forbade transgenders from willing away their property. The criminalisation was rooted in British norms and a complex set of local factors, including elite Indian attitudes. The 2011 amendment to the Karnataka Police Act also intended to control undesirable activities of transgenders and required mandatory registration. Both these laws are no longer in force.

After the 2014 decision in NALSA v Union of India, transgender persons are meant to have the full protection of all fundamental rights. The court observed that provisions in the Constitution are gender-neutral and include transgender persons within the scope of protection. Notably, though the question before the court did not require it to evaluate inheritance and property rights, it acknowledged the hurdles transgender persons face in exercising these rights. It attributed this to two reasons:

This is the only acknowledgement by a central authority of the poor property rights of transgender persons. Governments, both Central and State, have also brought important legislation and policies; however, these are usually silent about property and inheritance rights.

India has a poor history of gendered laws. This is most evident in laws that govern personal rights. The repeated inclusion of such terms reflects inherent biases in drafting legislation. Apart from using gendered terms, legislations also differ in the treatment across the gender spectrum. There are different rules of inheritance for men and women. Not only does this exclude transgender persons, but it also leads to confusion about how they will inherit property if included. This is not a new challenge and is acknowledged by several government reports such as the 174th Report of Law Commission of India, the 207th Report of Law Commission of India, and the Consultation Paper on Reform of Family Law. This is especially significant since the Constitution bars any discrimination based on sex. Since gender has been read within sex in Article 15, laws should not discriminate against transgender persons only because of their identities.

Though such provisions exist across legislation, let us consider the Hindu Succession Act. There are specific rules of inheritance for males and females. Section 8, which governs the devolution of male intestates' property, dictates the priority of inheritance through classes of heirs. On the other hand, Section 15 (1), which governs the devolution of female intestates' property, does not organise the heirs by classes. There is no clarity on how transgender persons are included within the Act. Consider:

A person (P) born a female decides to undergo a sex reassignment surgery and identifies as a male. P has two children - a son (S) and a     daughter  (D) with a now deceased husband (H). Both S and D are unmarried. P passes away intestate.

This situation is similar to that of Ajay Mafatlal in 2005. The inheritance rights of P's family would depend on whether the latter is perceived as a male or a female (there is no legal situation to identify them as non-binary). In both situations, S and D will equally inherit P's property. This is because both Section 8 and Section15 bequeath property on the deceased's children. However, if P had not had any children, inheritance will take a different route. If the sex reassignment surgery is recognised, the property will dissolve to his class I heir - his mother. On the other hand, if still perceived as a female, the property will go to H's surviving heirs. P's mother (or other surviving family members) will not be entitled to any inheritance. This means that any property owned by P, a transgender person, will be subject to arbitrary dissolution depending on how he is recognised. As is evident, the law did not mean to include transgender persons when it was first enacted. Though different in their effect, similar gendered challenges exist under the Muslim Personal Law (Shariat) Application Act and the Indian Succession Act.

It is often difficult to identify successors since transgender persons may lack documentation, could not marry, or cannot prove adoption. Though challenges by themselves, these also affect the inheritance rights of transgender persons by denying them the guarantees usually available to citizens.

In 2015, a survey conducted by the Kerala government found that 76% of transgender persons could not register their perceived gender identities. 81% wished to change their gender identity but had no support system. Similarly, only 8% of transgender persons have an Aadhar Card or a voter's ID that recognise their perceived gender. Inheritance requires one to prove their identity, relation to the deceased person, and residence of both parties, neither of which is possible without legal mandates to recognise transgender persons in identity documents. Binary classification of gender into male and female that does not recognise a third gender turns the transgender status into a legal non-entity.

Similarly, without a valid marriage or adoption, a person cannot claim inheritance since they cannot prove a valid relation. Consider:

A person (P) born a female decides to undergo a sex reassignment surgery and identifies as a female. She looks after a female child (F) and     wants to legally adopt her. However, P passes away intestate.

Since the law in India does not allow a single male to adopt a female child, the adoption would not be possible. If P had adopted F, the latter would have been a class I heir and inherited P's property. However, P's assigned gender restricted such adoption. Thus, the property would instead go to P's siblings. This uncertainty also remains in the case of children. Can a male person adopt a transgender child who identifies as a female? There is no answer in the legislation. Such uncertainty in the law has adverse consequences. These situations do not capture all transgender experiences. They are only meant as an example to demonstrate the challenges in the Indian inheritance scheme.

The Position Of Courts

A collection of all judgments since 1950 that mentioned the term transgender gives a database of 129 judgments i.e., 8 judgments by the Supreme Court of India, 116 High Court judgments, and 5 judgments by other courts and tribunals. Largely, the cases can be divided into four buckets: (i) institutional cases such as NALSA v Union of India or Navtej Singh Johar v Union of India, (ii) specific cases on inheritance rights of transgender persons, (iii) reading gendered laws, and (iv) claims regarding identification documents.

Courts have had only two opportunities to deal with inheritance rights. The first is a judgment by the Madhya Pradesh High Court in Illyasv Badshah Alias Kamla, 1990. In this case, the appellant contended that Munilal (a transgender guru) had executed a Will in his favour. The respondent laid a similar claim; however, he also contended that, unlike the appellant, he was Munilal's chela. Though the High Court ultimately held that the Will in favour of the appellant was forged, it noted that even if this were not the case, the deceased being a Muslim, could not bequeath more than one-third of their property as opposed to customary practices of the community. As such, at least two-thirds of the property would proceed to the chela (as a customary practice) - the respondent in this case. In the second case, the Himachal Pradesh High Court dealt with an inverse relation. In Sweety v General Public, the chela had passed away. The court concluded that there was no reason why the appellant (guru) should not inherit the property as per their customs. The court also concluded that no evidence had been placed on record that the persons would be bound by the Hindu Succession Act, which would curtail their rights.

In cases concerning gendered laws and identification documents, courts have given relief to transgender litigants. When adjudicating gendered provisions, they have held that the provisions would cover transgender persons. Similarly, courts have directed changes in the identification documents of individuals. However, neither of these beneficial cases relate to inheritance. Reading them to support inheritance rights requires theoretical weaving, which only highlights the discretion of judges to grant rights ordinarily exercisable by citizens. Even if courts were to read transmen and women into concerned brackets of inheritance laws, this would not be ideal. Though better than not granting any inheritance rights, it would force them to conform to binary standards. Thus, individuals Would Have To Become Part Of An Identified Class That They Do Not Belong To.

Das CJ, speaking on behalf of the court in Ram Krishna Dalmiav Justice SR Tendolkar, held that even a single person may constitute a class by themselves and warrant constitutional protections. The fact that the law can theoretically be read to protect the inheritance rights of transgender persons is important. However, as long as such persons cannot practice their rights and face unique challenges, they should be guaranteed better protection.

What then is the way forward? It is unlikely that the law can create an exhaustive list of gender identities. Learning from international experiences and India's obligations, India may choose to preclude gender from the law. Gender-neutral laws that guarantee the same rights to everyone would limit the scope of excluding anyone from protection. Moreover, all identity documents should include the option of entering one's perceived gender. This is not a contentious stance and is well established across the world. The Yogyakarta Principles explicitly prescribe that governments take all necessary measures to ensure that identity papers such as birth certificates, passports, and electoral records include a person's perceived gender without any medical intervention. For example, after Argentina eased the process of changing one's gender on identity cards, more than 3000 people applied for a change within the first year, and there were no reported cases of fraud.

Implementing these recommendations may not be easy. Without an exhaustive search, uniform changes are not ideal since they require context-specific research. For example, some legislations have been enacted to protect the property of women. Thus, it is expected that the legislature would not want to make them gender-neutral. However, like other countries, the law should add definition clauses for transmen and women and provide the treatment for transgender persons who do not identify as either men or women.

This article is a part of an editorial series by the Property Rights Research Consortium, that produce research on land and property in India, for LiveLaw.