Stealthing And The Law: A Call For Redefining The Limits Of Conditional Consent In India 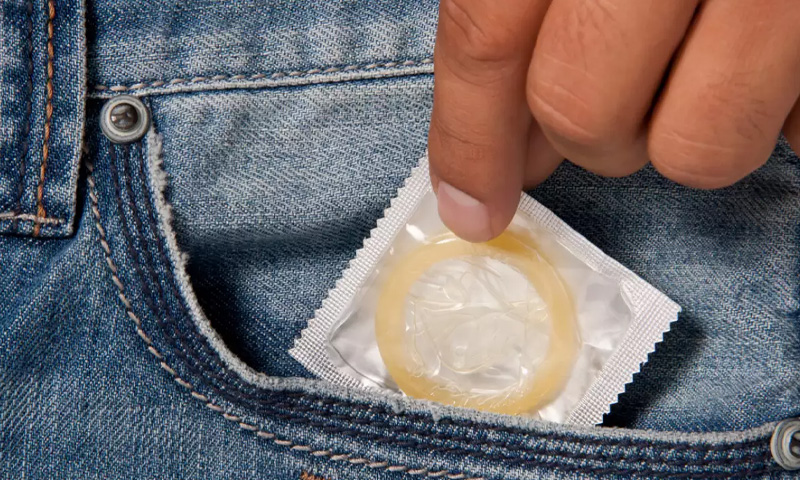 Stealthing refers to the act of secretly removing one's condom while having sexual intercourse with a partner who consented to having 'protected sex.' Not only does this insidious form of sexual assault brazenly violate the limits of consent, but it also exposes the non-consenting partner to unplanned pregnancies, sexually transmitted diseases, etc. The wide-spread prevalence...

Stealthing refers to the act of secretly removing one's condom while having sexual intercourse with a partner who consented to having 'protected sex.' Not only does this insidious form of sexual assault brazenly violate the limits of consent, but it also exposes the non-consenting partner to unplanned pregnancies, sexually transmitted diseases, etc. The wide-spread prevalence of stealthing can be gauged from a Melbourne Survey which found that about 1 out of 3 women has been subjected to stealthing at the hands of her sexual partner.

While the non-consensual removal of condoms has been rightly identified as a form of sexual assault by various western jurisdictions, stealthing has found shelter in the 'grey area' between the black-and-white definition of consent in India. This issue is especially relevant in the Indian context, given the social conditioning and stigma surrounding the use of contraceptives by men. The National Health Survey 4 (NHS4) found that nearly 80% of adult men aged between 20 to 24 years do not use contraception during sexual intercourse. This can be attributed to the popular notion that the use of condoms makes one 'less of a man.' According to a 2005 study, masculine ideals of 'sexual conquest,' 'experimentation,' and 'entitlement' are the primary reasons behind risky sexual practices in India. It is these ideals and social conditioning which enable the practice of stealthing. Therefore, the need for the explicit inclusion of stealthing within the ambit of sexual assault is further exacerbated when viewed against this backdrop.

Explanation 2 to Section 375 of the Indian Penal Code defines consent as "an unequivocal voluntary agreement when the woman by words, gestures or any form of verbal or non-verbal communication, communicates willingness to participate in the specific sexual act." Thus, the statute recognizes the fact that consent is conditional, and limited to only those sexual acts which one's partner explicitly agrees to. When consent has been given for intercourse with the use of a condom, the act of removing protection during sexual intercourse should unambiguously amount to rape. Our understanding of this issue can be further deepened by referring to the Canadian case of R v Hutchinson. In this case, the accused made holes in the condom which was used to have sexual intercourse with the victim. The Canadian Supreme Court noted that 'consent' is limited to 'the voluntary agreement to engage in the sexual act in question.' The act of sabotaging the condom was held as fundamentally altering the nature of the sexual activity, which vitiated the consent given by the victim.

The notion of 'conditional consent' has been recognized under Section 375 (4) of the Indian Penal Code which stipulates that, "When the man knows that he is not her husband, and that her consent is given because she believes that he is another man to whom she is, or believes herself to be lawfully married, such sexual intercourse shall amount to rape." In this scenario, the woman's consent can be said to be conditional on the factor that the man is her husband. When this factor is removed, the consent is effectively vitiated, which the statute then recognizes as rape. To draw an analogy to the act of stealthing, if consent is conditional on the partner using a condom, the non-consensual removal of protection during the sexual intercourse vitiates the given consent, thus amounting to rape. This was also the rationale of the England and Wales High Court of Justice, in the 2011 case of Assange v. Swedish Prosecution Authority. The Court held that, "If the victim had made it clear that she would only consent to sexual intercourse if the accused used a condom, then there would be no consent if, without her consent, he did not use a condom, or removed or tore the condom." Similarly, Professor Mrinal Satish, who was involved in the drafting of the Criminal Law (Amendment) Act, 2013, believes that the act of stealthing would amount to rape, should the consent be conditional on the use of protection.

The non-consensual removal of condom also falls within the ambit of Section 270 of the Indian Penal Code, which penalizes malicious acts that are likely to cause the spread of deadly diseases. According to a 2019 study, 94% of HIV cases were a result of unprotected sexual intercourse. However, the illegality of stealthing still remains unclear given the lack of any statutory provisions or judicial precedents 'explicitly' outlawing this abusive manifestation of male-entitlement. As a result of the absence of clarity surrounding the (il)legality of stealthing, victims may feel hesitant to call out their abusers.

The State's failure to remedy this nebulosity blatantly impinges upon the woman's right to personal liberty, a fundamental right guaranteed under Article 21 of the Constitution. In the case of Suchita Srivastava and another vs. Chandigarh Administration, the Supreme Court of India held that, "There is no doubt that a woman's right to make reproductive choices is also a dimension of personal liberty as understood under Article 21 of the Constitution of India. It is important to recognize that reproductive choices can be exercised to procreate as well as to 'abstain' from procreating." In the landmark K.S.Puttaswamy Judgment, Justice Nariman posited that the privacy of choice, which protects an individual's autonomy over fundamental personal choices, is an inseparable facet of the fundamental right to privacy. This sacrosanct principle of 'bodily autonomy' was further reiterated in the Navtej Singh Johar Judgement where it was held that bodily autonomy and choice form the concrete substratum of one's fundamental rights, which the State has an obligation to protect.

The prevalent discourse surrounding stealthing portrays it to be a trivial sexual misdemeanor. Therefore, while legal sanctions would go a long way in changing this narrative, in order to educate the masses about stealthing, it is imperative to include sex-education as a mandatory subject and conduct sensitization programs in all educational institutions in the country.