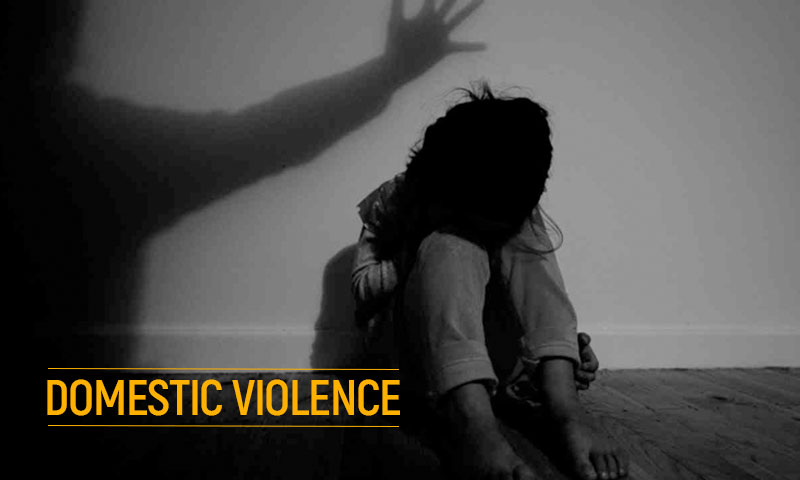 Pitaji(father), Mataji(mother), Bahu(daughter-in-law) and Beta(son) were all living together happilyafter the marriage of Bahu and Beta. Their house let's call it, Swarg, where they all stayed, was owned by Pitaji. Mataji and Bahu used to cook together in the common Rasoi(kitchen). After a few years, differences arose between Beta and Bahu. Now, Pitaji wanted Bahu to leave Swarg....

Pitaji(father), Mataji(mother), Bahu(daughter-in-law) and Beta(son) were all living together happilyafter the marriage of Bahu and Beta. Their house let's call it, Swarg, where they all stayed, was owned by Pitaji. Mataji and Bahu used to cook together in the common Rasoi(kitchen). After a few years, differences arose between Beta and Bahu. Now, Pitaji wanted Bahu to leave Swarg. The question that arises is whether Bahu can be asked to leave Swarg, since the property exclusively belongs to Pitaji?

As per the Domestic Violence Act(DV Act) a woman has a right of accommodation in the'shared household'. What is a 'shared household' has been a cause of huge legal controversy. Is it only when the property belongs exclusively to husband or one in which he has a share or even those properties which belong to in-laws but where the lady has stayed would also qualify as 'shared household' and a right to residence can be sustained in that property? This has been a vexed question.

Mapping the precedent to the present case, as per the judgment of S.R. Batra v. Taruna Batra 2007 3 SCC 169, 'Swarg' could never be characterised as Bahu's 'shared household', in case Pitaji or Mataji were the exclusive owners of the property. Meaning thereby, in any suit for possession/mandatory injunction filed before a civil court by Pitaji or Mataji on the basis of title, Bahu can be asked to leave for want of a legal title.

The only exception carved-out, when Bahu could seek residence, was when Swarg was a joint family property and Beta lived as a member or had a share in it. This led to a lot of concern and justifiably so. Batra was largely perceived as a bit too harsh. There were also questions of the court having read an ambiguity where there was none and unduly narrowed the scope of a protective legislation.

DEL HOURT LAID THE PATH WITH ITS PROGRESSIVE JUDGMENTS

It is interesting to note that the Del HC in its judgments of Eveneet Singh v. Prashant Chaudhri & Ors.2010 SCC Online Del 4507, Preeti Satija v. Raj Kumari and Anr. 2014 SCC Online Del 188 and Navneet Arora Vs. Surender Kaur and Ors. 2014 SCC Online Del 7617 , which were delivered much before Ahuja and after Batra with its progressive views held that the residential right of the daughter-in-law is not "dependent on title but mere factum of residence".

Although, in Satija and Arora, the Del HC did not provide any relief as such and matters were sent back for fresh adjudication to the original courts. The only exception was of Eveneet Singh but in that as well, the Delhi High Court denied the right of the daughter-in-law to reside in the "shared household" on the ground that the existing illness of the mother-in-law could get aggravated because of their acrimonious relationship. It directed the husband to provide an alternate accommodation or rent in lieu of it within 10 weeks and till that time, the daughter-in-law was permitted to reside in the shared household.

The latest case in these series is of Vinay Verma v. Kanika Pasricha & Anr. 2019 SCC Online Del, 11530 wherein the Delhi High court has laid down certain guidelines in order to determine as to who should bear the obligation of providing accommodation to Bahu, whether it is Pitaji/Mataji or Beta. Nevertheless, the court did not provide Bahu a right of residence in the shared household, if Pitaji is proved to be the owner.

After the pronouncement of the judgment by the apex court in Satish Chander Ahuja v. Sneha Ahuja  2020SCC Online SC 841,now the daughter-in-law has the right of residence in her matrimonial home, irrespective of the fact whether her husband has any ownership right or share in it.

It held that the judgment of Batra did not lay down the correct law. It stated that the definition of "shared household" provided under Section 2 (s) of DV Act cannot be interpreted to mean only that household which is a joint family property or a property in which husband of the aggrieved has a share.

The court in Ahuja went back to the basics. It appreciated that under Section 2(s) of DV Act, the "shared household" was always defined as a house where Bahu had lived uninterruptedly, irrespective of who the owner was. It also included properties which were taken on rent by any of the family members with whom Bahu was residing. The only criterion is that they all should have stayed together in a domestic relationship for a long period. This is in tune with India's reality, where Beta and Bahu, reside with Pitaji and Mataji, after marriage in a common household. The initial intent of the law was somewhat defeated by the reading in Batra.

Having said that, questions remain as to the exact contours and limits on this right. For instance, if the property does belong to Pitaji, how long can Bahu stay in it? Forever? How will the decree in favour of Pitaji be executed? What would be Bahu's right qua strangers/third persons? Also, who would determine these questions? DV Court or Civil Court?

IF PITAJI IS THE OWNER, FOR HOW LONG CAN BAHU RESIDE IN THE "SHARED HOUSEHOLD"?

After Ahuja, in a suit for possession/mandatory injunction, if Pitaji was successful in proving himself to be the owner of the shared household, Bahu will be able to reside in the property, up until Beta provides for an alternative accommodation (of the same level) or rent in lieu of it[1].

HOW WILL THE DECREE IN FAVOUR OF PITAJI BE EXECUTED?

The next question which arises is as to how the decree in favour of Pitaji be executed. Earlier, as per Batra, the civil courts were simply issuing warrants of possession, once Pitaji proved to be the exclusive owner of the shared household. The civil court did not decide on the right of residence of Bahu.

Now, applying Ahuja, the civil court will have to decree the suit for eviction, in favour of Pitaji contingent on the fact that Beta will provide an alternate accommodation or rent in lieu of it. However, there is no clarity as to what will happen if the husband commits default in payment of rent, let's assume, after 6 months? Will the possession of Bahu be restored in the shared household? For how long will the order of residence u/s 12 DV Act continue, considering the order was considered in transient in nature? These questions have remained unanswered

ISSUE OF RIGHT OF RESIDENCE TO BE CONSIDERED BY THE CIVIL COURT?

The apex court in Ahuja held that in a suit for possession/mandatory injunction by Pitaji, the civil court has to decide on the right of residence of Bahu. It cannot turn a blind eye to Bahu's residential right and simply award possession in favour of Pitaji, who is the exclusive owner of the property. The civil court has to ensure that the issue of Bahu's residence is delved into in order to harmonize the civil rights with the ones provided under DV Act.

Further, it is often seen that while the case filed by Pitaji is pending before the civil court, Bahu relies on DV Act before the criminal courts.

In those criminal proceedings, the most sought-after relief is that of interim relief of residence in the shared household. In view of Ahuja, if Bahu is successful in availing an interim relief that she cannot be dispossessed from Swarg, then the civil court will have to be mindful of it because otherwise the relief granted would be purposeless. Hence, keeping in mind the interim relief granted by the special court, the civil court can balance the rights of the parents to enjoy their own property and also protect the hapless woman.

DOES AHUJA PROVIDE A COMPLETE PANACEA?

Whether the judgment of Ahuja provides a complete panacea, for all problems relating to women's right of residence? The answer is yes and no.

Yes, to the extent that it solves the problem of Bahu, as she will not be rendered homeless, till the time her husband provides for an alternate accommodation or pays her rent in lieu of it.

No, because it only gives a limited time frame for providing residence or rent. Pitaji has the right to enjoy his property and generate income from it. Ultimately, Bahu has to move out of Pitaji's self-owned property.

BALANCE BETWEEN THE RIGHTS OF DAUGHTER-IN-LAW AND OF PARENTS

So, what is the way forward? The answer is a balance of the rights of the parties. As per Section 17 of DV Act, a woman has a right of residence in a shared household and cannot be evicted except in accordance with "procedure established by law".

The intention of DV Act was always to protect the marginalized women, who have no voice of their own. One of the important objects is to ensure that such women are not rendered homeless. However, in view of the Maintenance and Welfare of Parents and Senior Citizens Act, 2007, (in short "PSC" Act") the rights of the senior citizens, who deserve a peaceful life in their own property also have to be protected. They can ask Beta and Bahu to leave from their own self-owned property, which they earned from their own sweat and blood!

The Delhi High Court in Vinay Verma recognized that both DV Act and PSC Act are special statutes and govern the overlapping nature of relationships. It had acknowledged that there has to be a balance between the daughter-in-law's right of residence and the parent's right to enjoy their own property and generate income from it.

The SC also recognized in Ahuja that the right of residence of the aggrieved is not indefeasible and while granting relief under Section 12 DV Act or in any civil proceedings, the civil court has to balance the rights of the parties.

Although Ahuja is a welcome step in protection of the rights of women, but there are certain unanswered questions with respect to how the final outcome will be executed. Question of what will happen in case of default of payment of rent by Beta? Whether Bahu's possession in shared household be restored in case of failure of payment by Beta? Question of duration of order of residence u/s 12 DV Act? Hopefully, those questions will be answered soon.