The Tribunals Judgment – I: A Course Correction On The Money Bill 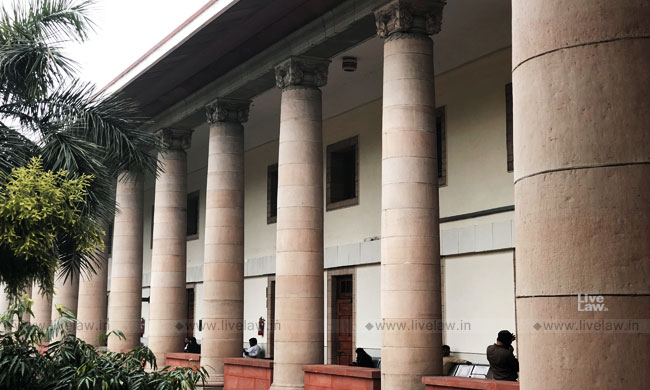 On November 13, a Constitution Bench of the Supreme Court delivered an important judgment concerning the constitutional validity of the Finance Act of 2017. Briefly, through the Finance Act, Parliament had merged a number of Tribunals, and delegated to the government the task of framing rules for their functioning. The Finance Act had been passed as a money bill, which barred the Rajya Sabha...

On November 13, a Constitution Bench of the Supreme Court delivered an important judgment concerning the constitutional validity of the Finance Act of 2017. Briefly, through the Finance Act, Parliament had merged a number of Tribunals, and delegated to the government the task of framing rules for their functioning. The Finance Act had been passed as a money bill, which barred the Rajya Sabha from amending it. There were, therefore, three issues before the Court:

(i) whether the Speaker of the Lok Sabha had correctly certified the Finance Act as a money bill;

(ii) whether Section 184 of the Finance Act – the delegation provision – was constitutional, and if it was, whether the rules the government had framed for the Tribunals were constitutional; and

(iii) miscellaneous issues around the functioning of Tribunals in the country.

The debate around the money bill was framed in the background of the Supreme Court's Aadhaar Judgment, of September 26, 2018. Recall that in the Aadhaar Case, the Speaker's certification of the Aadhaar Act as a money bill was under challenge. There were a number of issues that the Court had to consider: first, whether the Speaker's decision was subject to judicial review; secondly, if it was, how was the Court to interpret Article 110 of the Constitution, that set out the conditions for what constitutes a money bill?; and thirdly, was the Aadhaar Act correctly certified as a money bill?

As Suhrith Parthasarathy pointed out repeatedly in the aftermath of the Aadhaar Judgment, the majority decision returned a confused set of findings on this issue. The primary reason for this was that it mixed up the order of the questions. Instead of first deciding whether the Speaker's certification was subject to judicial review, it went ahead and reviewed the law anyway – thus implying that it was – but later, went on to say that it wasn't answering the question of review. On the substantive issue, it first struck down a provision of the Aadhaar Act (Section 57) that clearly couldn't be traced back to Article 110 – and then held that the rest of the Act passed scrutiny as a money bill. The consequence of this was that it failed to provide clear standards for how the Court should interpret Article 110.

Importantly, the majority judgment in The Tribunals Case – authored by the Chief Justice – points this out clearly and unambiguously. In paragraph 122 it notes that:

Upon an extensive examination of the matter, we notice that the majority in K.S. Puttaswamy (Aadhaar-5) pronounced the nature of the impugned enactment without first delineating the scope of Article 110(1) and principles for interpretation or the repercussions of such process. It is clear to us that the majority dictum in K.S. Puttaswamy (Aadhaar-5) did not substantially discuss the effect of the word 'only' in Article 110(1) and offers little guidance on the repercussions of a finding when some of the provisions of an enactment passed as a "Money Bill" do not conform to Article 110(1)(a) to (g). Its interpretation of the provisions of the Aadhaar Act was arguably liberal and the Court's satisfaction of the said provisions being incidental to Article 110(1)(a) to (f), it has been argued is not convincingly reasoned, as might not be in accord with the bicameral Parliamentary system envisaged under our constitutional scheme. Without expressing a firm and final opinion, it has to be observed that the analysis in K.S. Puttaswamy (Aadhaar-5) makes its application difficult to the present case and raises a potential conflict between the judgements of coordinate Benches.

Having taken this view, the Chief Justice then correctly refers the question to a larger bench for resolution. In doing so, however, he also makes it clear that on the point of judicial review, the law is now settled. By examining the Aadhaar Act on merits, it was a necessary implication that the question of the Speaker's certification is subject to judicial review (and this in line with previous judgments, such as Raja Ram Pal); and contrary judgments, such as Siddiqui, now stand expressly overruled. The consequence, then, is this: the speaker's certification of money bills is now subject to judicial review. The standards that a Court must apply – balancing respect for the Speaker's prerogative against the importance of bicameralism and the Upper House – will be decided by a larger bench.

In this context, Chandrachud J.'s concurring opinion repays careful study. Recall that Chandrachud J. had dissented in the Aadhaar Case, including on the point of money bill. Here, he takes the argument further. After setting out the history and origins of money bills in British parliamentary practice, and noting that as a matter of constitutional text and structure, the "finality" of the Speaker's decision doesn't necessarily exclude judicial review, Chandrachud J. comes to the heart of the case: the issue of bicameralism. Put very simply, "bicameralism" refers to the existence of two legislative chambers, where – depending upon the circumstances – the participation and/or concurrence of both chambers is required to pass laws. In the Indian context, "bicameralism" is a specific, structural check upon majoritarianism, as well as a guarantee of states' representation in the federal scheme. The Rajya Sabha exists both to articulate the interests of the states in Parliament, as well as act as a check upon the Lok Sabha. Thus, as Chandrachud J. notes:

The Rajya Sabha reflects the pluralism of the nation and ensures a balance of power. It is an indispensable constitutive unit of the federal backbone of the Constitution. Potential differences between the two houses of the Parliament cannot be resolved by simply ignoring the Rajya Sabha. In a federal polity such as ours, the efficacy of a constitutional body created to subserve the purpose of a deliberate dialogue, cannot be defeated by immunising from judicial review the decision of the Speaker to certify a Bill as a Money Bill. (paragraph 65)

This interpretive framework comes into play when Chandrachud J. examines the merits of the dispute. He notes that the inclusion of a non-fiscal provision matter in a money bill is permissible only if it is "incidental" to a matter specified in Article 110. Or, in other words, the legislation must essentially relate to one of the clauses under Article 110. The Finance Act – to the extent that it dealt with the restructuring and composition of Tribunals – clearly did not fall within this category. Therefore:

We are unimpressed with the submissions of the learned Attorney General that since salaries are payable out of the Consolidated Fund, Part XIV of the Finance Act bears a nexus with sub-clauses (c) and (d) of Article 110(1) and that the other provisions are merely incidental. That the amendment has a bearing on the financial burden on the Consolidated Fund of India cannot be the sole basis of brining the amendment within the purview of Article 110(1). On a close analysis of the provisions, it is evident that what is claimed to be incidental has swallowed up the entire legislative exercise. The provisions of Part XIV of the Finance Act 2017 canvass a range of amendments which include qualifications and process for appointment terms of office and terms and conditions of service including salaries, allowances, resignation and removal which cannot be reduced to only a question of the financial burden on the Consolidated Fund of India. The effect of Part XIV is to amend and supersede the provisions contained in the parent enactments governing all aspects of the appointment and terms of service of the adjudicatory personnel of the tribunals specified in the Eighth and Ninth Schedules. This exercise cannot be construed as a legitimate recourse to the power of enacting a Money Bill. (paragraph 77)

It is crucial to note that this analysis on merits flows from the structural analysis discussed above. In paragraph 86, Chandrachud J. goes on to observe:

… the certification of a Bill as a Money Bill and the invocation of the provisions of Article 110 is an exception which has been carved out by the Constitution to the constitutional requirements accompanying the passage of ordinary legislation. In passing the Bill as a Money Bill, the immediate impact is to denude the Rajya Sabha of the legislative role which is assigned to it in the passage of legislation.

On this basis, he finds that the Speaker's certification was incorrect, and sets it aside; the rest of the Act, however, is saved on principle of severability.

It is important to note that this is not the first occasion in recent times that structural analysis has played a role in the Court's judgments. It was also in play in the NCT of Delhi v Union of India decision. In that case, while interpreting Article 239AA of the Constitution – that defined the relationship between Delhi and the Union of India – the Supreme Court held that principles of federalism and representative democracy constituted the interpretive framework within which textual ambiguities were to be resolved. The principle is a simple one, but has powerful consequences: when used well, it ensures that the Constitution's fundamental principles act as waymarkers upon the often perilous road of judicial interpretation; these principles help to anchor the Court within a principled adjudicatory framework.

In that sense, Chandrachud J.'s opinion has already done the work that the majority has left to a larger bench.

And incidentally, it also makes it clear that the Aadhaar Act is unconstitutional.