"Requiem For a Falling Tree and a Failing Human"; Bombay HC Dismisses Petition u/A. 227 Due To 'Trouble' Caused By Tree 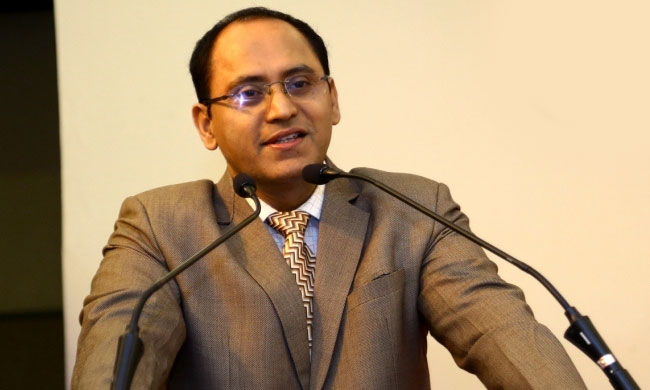 Justice Dama Seshadri Naidu sitting in the High Court of Bombay at Goa last month penned a thought provoking three-page oral order that he himself summarised as, "Requiem for a Falling Tree and a Falling Human." Justice Naidu was hearing a writ petition filed by representatives of one Vithal Sambri (now deceased) in whose residential compound a tree grew and it happened...

Justice Dama Seshadri Naidu sitting in the High Court of Bombay at Goa last month penned a thought provoking three-page oral order that he himself summarised as, "Requiem for a Falling Tree and a Falling Human."

Justice Naidu was hearing a writ petition filed by representatives of one Vithal Sambri (now deceased) in whose residential compound a tree grew and it happened to lean inside their neighbour's compound, this led to the neighbour's complaint to the statutory authorities regarding 'the trouble these trees are causing.'

"Here, a couple of trees have asserted themselves and grown, as they should have, freely in the direction they liked. They have leaned, too, on to the neighbour's compound. That has spelled trouble for them and litigation for their owners. For they faced axe, and their owner court proceedings."

The petitioners first filed an appeal against the order of the Deputy Collector-cum-SDO before the Court of the Conservator of Forests, an appellate authority under the Preservation of Trees Act, 1984.

In an order dated September 10, 2019, Court of the Conservator of Forests recorded that both parties agreed that the neighbours would cut the branches of the said tree but both will share the cost.

Court observed that it seemed like the impugned order, is a consensual one, reflecting the will of the parties rather than the power of the court or authority.

"It brooks no interference. Besides, I see no reason to exercise my supervisory jurisdiction against an order passed by supposedly an expert or experts in the field. So, I fail to spot perversity in the order impugned. I dismiss the writ petition but refrain from imposing costs."

However, Justice Naidu had some choice words for such kind of petition filed under Article 227-

"This is a Writ Petition under Article 227 of the Constitution of India. Constitution commands awe and inspiration. But the causes people, at times, espouse in the name of constitutional remedies reveals the depths the adjudication has descended to. In the name of a right to remedy, sometimes we trivialize."

Moreover, Justice Naidu referred to former Chief Justice of India MN Venkatachaliah's interview and his views on recent trends in the name of constitutional adjudication -

"Not long ago did Shri Justice M. N. Venkatachaliah, the former Chief Justice of India, lamented about what we are doing in the name of constitutional adjudication: erecting our egos and prejudices into principles. In that interview, his Lordship said, "[a] judge is acting where an executive officer should act. 'Shift an electric pole from this place to that'—all this is an executive decision. 'You can't have transformers in the middle of the footpath, a train must come to a place at this point of time'—there are many judgments of this kind. Some of them are ego trips, erecting your prejudices into principles. This is where we fumble." And we fumble, perhaps, again and again."

Requiem For a Falling Tree and a Failing Human

"A seed or a sapling believes it owns the earth, so it anchors itself with its roots deep into the ground. It feels it owns the sky, so it tries to grow higher and higher, as if to touch the sky. It also feels even the space between these two belongs to it. So it spreads, sways, and hangs from above, as it grows. But it does not know man—almost an alien to planet earth—has invaded it, colonised it. As every coloniser does, he pounds, plunders and pillages it. So man makes laws and the laws are human centric. He commands the aborigines, the trees, to behave themselves. Poor trees, they do not know how? So the axe falls, for the law is amoral—almost; for the law brooks no disobedience—always. Nature expects the man to move away from a spreading tree, but the law wants the tree to move away from the man.

And I am bound by law; though not a tree, I am not free. Therefore, I decide this case, decide it in the man's favour, and against the tree. So it is the requiem for a falling tree and a failing human."