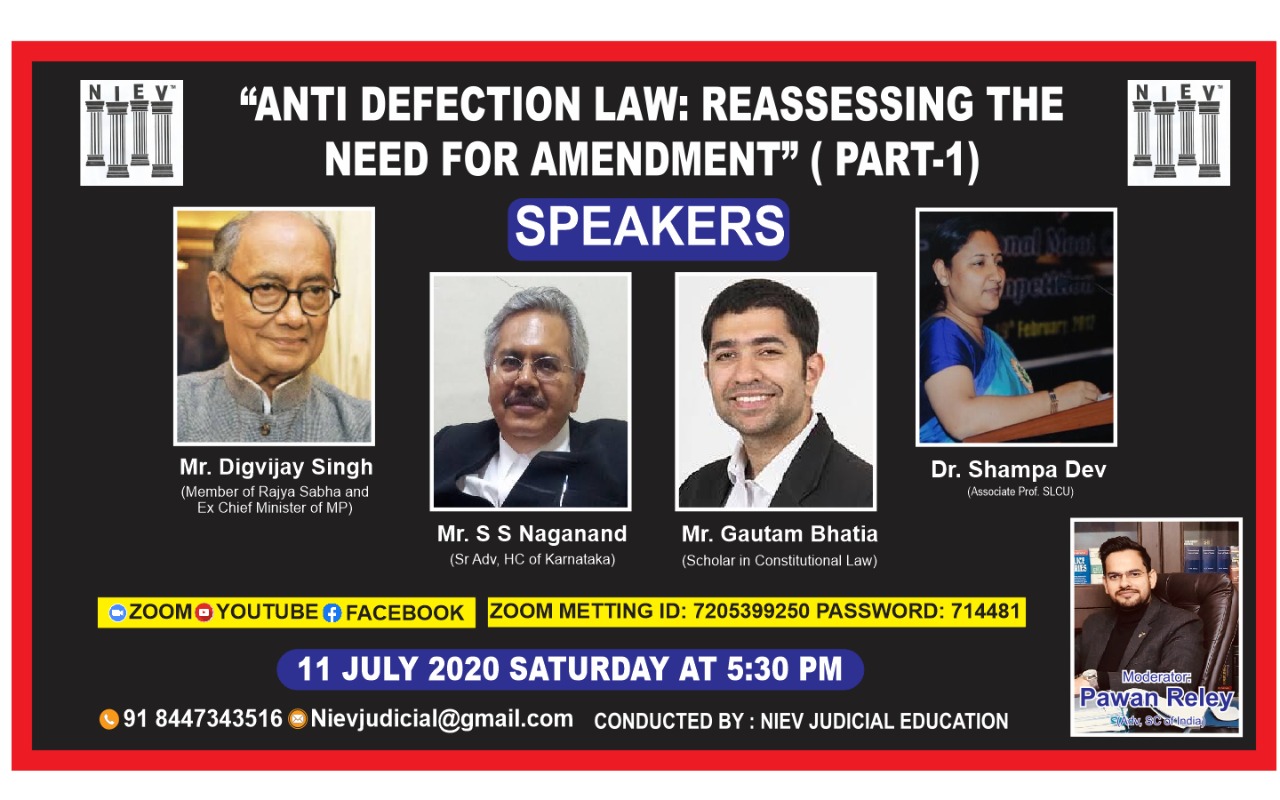 Topic: Anti-Defection Law: Reassessing the Need for Amendment (Part I)

About the Webinar: The object of the webinar is to analyse the problems and legal intricacies involved in anti-defection law specifically arising out of the recent constitutional crisis taking place in Goa, Maharashtra, MP and Karnataka and seek the solutions for the same.

The webinar will deal with the following issues:

(i) Applicability of anti-defection law to members of either House of Parliament or the State Legislatures who voluntary resigns from the Party, which set them up as a candidate for election and after the acceptance of the resignation, joins the rival political party/

(ii) Balancing the right of the MLA or MP of his freedom of speech and expression and his leaving one political party and joining the other.

(iii) Prerogative of the speaker to take unlimited time to decide the disqualification petition filed by members and whether Parliament by law should fix some time for the same.

(iv) Power of the Speaker to decide disqualification preceding viz-a-viz his bias in deciding the same. Whether the time has come when the power of the speaker should be taken away by constitutional amendment to decide the anti-defection case and should be given to outside authority?

(v) Applicability of Schedule X of the Constitution of India, to members expelled from the party and members who resign from the party.

(vi) Extent of judicial intervention in matters relating to the Schedule X.

(vii) Mechanisms to ensure bonafide and fair exercise of power by the Speaker of the house/legislative assembly in matters relating to Schedule X of the Constitution.

(viii) Lacunae in the enforcement of the anti-defection laws in the country.

(ix) Applicability of anti-defections laws on the newly prevalent resort politics of this country.

(x) Whether the scope of anti-defection is narrow to meet the varied political crises that arise in this country with change in time.

The webinar will take place on Zoom.