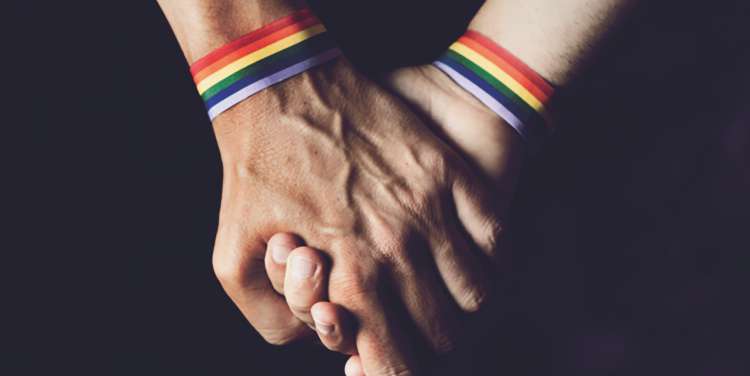 x
"Consensual adult sexual intercourse, between homosexuals, lesbians, transgenders, etc, do not trigger any erosion of public morality - for such acts are done in private.

The High Court of Botswana has declared unconstitutional the provisions of its penal code which criminalises homosexuality and has struck them down.The ruling is on a petition filed by Letsweletse Motshidiemang who had contended that these provisions discriminate against homosexuals and that it interferes with their fundamental right not to be subjected to inhuman and degrading treatment...

The High Court of Botswana has declared unconstitutional the provisions of its penal code which criminalises homosexuality and has struck them down.

The ruling is on a petition filed by Letsweletse Motshidiemang who had contended that these provisions discriminate against homosexuals and that it interferes with their fundamental right not to be subjected to inhuman and degrading treatment or other such treatment.

The High Court bench comprising of Judges M. Leburu, AB Tafa and J.Dube also read down Section 167 of the Code Any regulation of conduct deemed indecent, done in private between consenting adults, is a violation of the constitutional right to privacy and liberty.

Sections 164 (a) and (c) and 165 of the Penal Code criminalised sexual intercourse and/or attempt thereof between persons of the same sex and/or gender and was punishable with imprisonment up to seven years. Section 167 proscribed both public and private gross indecency.

The court said that criminalising consensual same sex in private, between adults is not in the public interest and the same oppress a minority and then target and mark them for an innate attribute that they have no control over and which they are singularly unable to change. Consensual sex conduct, per anus, in my view, is merely a variety of human sexuality, said judge Leburu, speaking for the bench.

The court also said that these provisions impairs the right to express his sexuality in private, with his preferred adult partner. The judgment also refers to observations made by Justice Indu Malhotra and Justice DY Chandrachud in Navtej Singh Johar, in which Section 377 of the Indian Penal Code, dealing with sodomy laws, was struck down as unconstitutional.

"As a nation, there is an ardent need to respect our diversity and plurality by being tolerant to minority views and opinions. We need not be too prescriptive and try to cajole people into becoming who and what they are not. Personal autonomy on matters of sexual preference and choice must therefore be respected. Any criminalisation of love or finding fulfilment in love dilutes compassion and tolerance"

"Sexual orientation is innate to a human being. It is not a fashion statement or posture. It is an important attribute of one's personality and identity; hence all and sundry are entitled to complete autonomy over the most intimate decisions relating to personal life, including choice of a partner. The right to liberty therefore encompasses the right to sexual autonomy."

"It is trite that sexual intercourse is not just for purposes of procreation. It constitutes an expression of love and intimacy.

"The impugned sections, in my view deny the applicant the right to sexual expression in the only way available to him. Such a denial and criminalization, goes to the core of his worth as a human being. Put differently, it violates his inherent dignity and self-worth. All human beings are born free and equal in dignity."

"Criminalising consensual same sex in private, between adults is not in the public interest. Such criminalisation, it has been shown by evidence availed by the amicus, disproportionally impacts on the lives and dignity of LGBT persons. It perpetuates stigma and shame against homosexuals and renders them recluse and outcasts. "

"There is no victim within consensual same sex intercourse inter se adults. What compelling State interest is there, necessitating such laws? Should private places and bedrooms be manned by sheriffs to police what is happening therein? In my view, such penal provisions exceed the proper ambit and function of criminal law in that they penalise consensual same sex, between adults, in private, where there is no conceivable victim and complainant. Any notion of public morality justification, (which is a question of prejudice), fails to satisfy the proportionality test."

"The sodomy provisions, as foreshadowed above, are a relic of Victorian era and were influenced by JudeoChristian teachings. Such teachings recognized, initially, that sexual intercourse was only for procreation. It is common cause that such a premise is no longer valid and sustainable.. People enter into intimate sexual relationships not only for purposes of procreation, but for a host of several factors. Such procreation-induced rationale is thus no longer tenable. If the reason or rational for the law ceases, the law must also cease"

"Consensual adult sexual intercourse, between homosexuals, lesbians, transgenders, etc, do not trigger any erosion of public morality - for such acts are done in private."