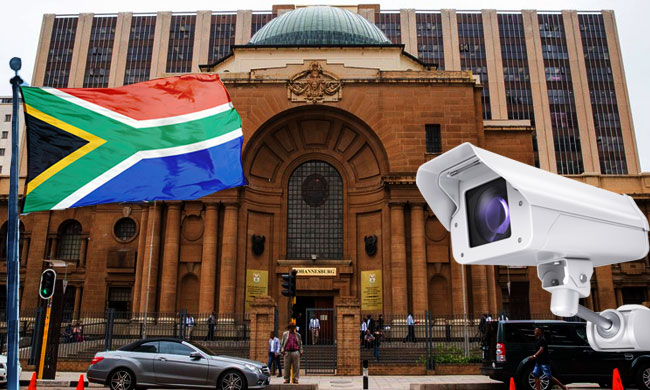 In a significant judgment, the High Court of South Africa on Monday declared bulk surveillance and interception activities carried out by South African National Communications Centre as unlawful and invalid."It is declared that the bulk surveillance activities and foreign signals interception undertaken by the National Communications Centre are unlawful and invalid", declared the...

In a significant judgment, the High Court of South Africa on Monday declared bulk surveillance and interception activities carried out by South African National Communications Centre as unlawful and invalid.

"It is declared that the bulk surveillance activities and foreign signals interception undertaken by the National Communications Centre are unlawful and invalid", declared the judgment delivered by Justice Roland Sutherland, Judge of the High Court.

The surveillance and interception measures were challenged by maBhungane Centre for Investigative Journalism and journalist Stephen Patrick Sole. They challenged the constitutionality of the Regulation of Interception of Communications Act of 2002 (RICA) and the National Strategic Intelligence Act 39 of 1994 (NSIA).

As regards the bulk surveillance scheme, the Court found that "no lawful authority has been demonstrated to trespass onto the privacy rights or the freedom of expression rights of anyone, including South Africans, whose communications criss-cross the world by means of bulk interception".

The Court has not addressed whether such measures will be unconstitutional. "Whether or not bulk interception per se could be constitutionally compliant in our law, were there to be a law that allows it, it is unnecessary to decide", the judgment said.

The Court also accepted the concerns raised by the applicants against RICA.

Service providers of telecommunications are obliged to retain all data for a period prescribed by the Minister, exercising a discretion, in terms of section 30(2) of RICA, between a minimum of three years and a maximum of five years. This meant that all of a person's personal telecommunications, up to three years past, lie in wait for the state to pry into, if its officials convince a judicial officer to authorise access.

While the Court agreed that surveillance and interception measures might be necessary in certain situations to protect the interest of national security, it added that a balance should be struck to ensure that an individual's right to privacy is not infringed in an illegal and disproportionate manner.

Therefore, certain safeguards were read into the Act.

Subjects under surveillance must generally be notified within 90 days of the expiry of the interception direction. This is necessary for protection from abuse through accountability.

Mode of appointment of designated judge

As per the RICA, a 'designated judge' has to confirm the decision of the government to keep a citizen under surveillance. The applicants complained that the mode of appointment of 'designated judge' was not clearly laid down in the statute. To ensure the independence of the 'designated judge', the Court held that designated judge means one appointed by Chief Justice for non-renewable term of 2 years.

System of safeguards for ex-parte orders

RICA was held to be unconstitutional in failing to have safeguards for ex parte nature of applications for interception orders. The applicants suggested having a "public advocate" appointed to present arguments before the designated judge against the interception order. The Court did not expressly approve of this suggestion, and held that Parliament should think of providing a system of safeguards.

Concerns of lawyers and journalists being kept under surveillance

The applicants highlighted that the RICA places lawyers and journalists at considerable risk as they handle third party privileged information.

"If a lawyer is targeted for surveillance, there may be privileged communications with persons in whom the state has no interest but whose confidential exchanges would nevertheless be revealed. These inadvertent revelations are the locus of the mischief even if it is assumed the authorisation to subject the lawyer to surveillance was appropriate. A recognition of this class of inadvertent disclosures when appropriately targeting a lawyer is appropriate and warrants specific attention. The applicant's case is that the statute should recognise this issue. Plainly, RICA does not do so."

As regards journalists, the Court held that ''It is hypocritical to both laud the press & ignore their special needs" and that "right to withhold identity of a source must extend to protection from being spied on".

The designated judge should take into account the special nature of the profession of lawyers and journalists when interception orders are sought to be issued against them, the Court said.

The declaration of invalidity is suspended for two years to allow Parliament to cure the defect. Till then, the interim measures ordered by the Court will operate.