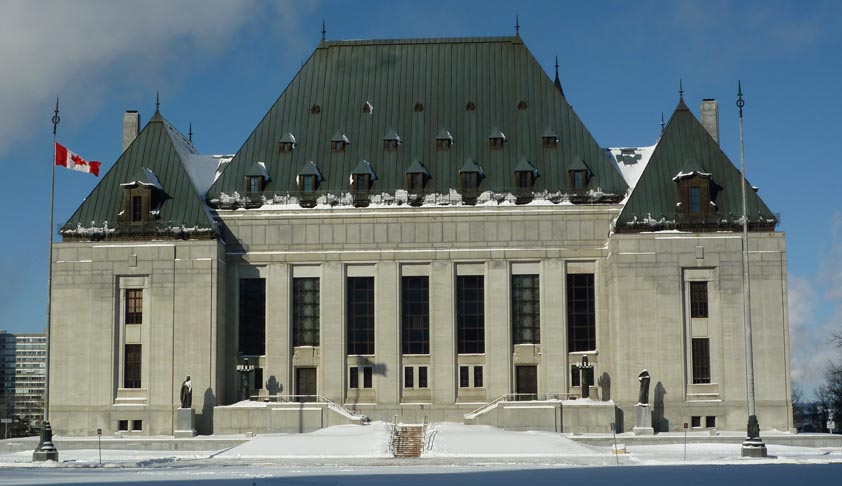 The Canada Supreme Court, on Friday, held that banning 'conditional sentences' for serious offences is constitutional. Handing down the judgment in 5:4 majority, the Court held,

Notably, conditional sentencing was introduced in Canada in 1996. This type of punishment allows offenders to serve their sentences under strict surveillance in their communities, rather than in jail. In 2012, Parliament changed the law to eliminate conditional sentences for certain offences listed in paragraphs 742.1(b) to (f) of the Criminal Code.

One lady named Cheyenne Sharma arrived in Toronto on an international flight with almost two kilograms of cocaine in her suitcase in 2015. She confessed that her partner had promised her $20,000 to bring the suitcase to Canada. She pleaded guilty for importing cocaine. Notably, she had no criminal antecedents.

As she was a woman belonging to Ojibwa ancestry and member of the Saugeen First Nation, the court ordered to produce a 'Gladue report', which is a pre-sentencing report for Indigenous offenders. The Gladue report is named so as it originated from the Supreme Court of Canada's 1999 ruling in R. v. Gladue, which established the factors that courts must take into account when sentencing Indigenous offenders. The report noted that her grandmother was a residential school survivor and that her mother had spent time in foster care. The report also noted that she had been sexually assaulted and had dropped out of school.

When the accused sought a conditional sentence, she was found ineligible because she had pleaded guilty to an offence covered by Section 742.1(c) of the Criminal Code of Canada and which carried a maximum prison sentence of 14 years or life. She challenged the constitutionality of that Section, along with Section 742.1(e)(ii), which makes conditional sentences unavailable for any offence that carries a maximum prison sentence of 10 years and involves drugs.

Noteworthy to mention, there are three prerequisites which must be adhered to before a conditional sentence can be imposed:

i. the offender must not have been convicted of any of those offences;

ii. the Court would have otherwise imposed a prison sentence of less than two years; and

iii. the safety of the community would not be endangered by the offender serving the sentence in the community.

If an offender meets these requirements, the judge then determines whether a conditional sentence is appropriate and in line with the fundamental principles of sentencing. This includes Section 718.2(e) of the Criminal Code, which directs judges to consider alternatives to imprisonment "with particular attention to the circumstances of Aboriginal offenders". This provision was enacted, inter alia, to reduce the "overrepresentation of Indigenous offenders in jail".

The sentencing judge confirmed that the accused was not eligible for a conditional sentence. He also dismissed her challenges under Sections 7 and 15 of the Canadian Charter of Rights and Freedoms. Section 7 guarantees everyone the right to life, liberty and security of the person, while Section 15 guarantees everyone the right to equal treatment before the law. The sentencing judge imposed an 18-month prison sentence.

She appealed her sentence and the dismissal of her Charter challenges to the Ontario Court of Appeal. It allowed her appeal and ruled that Sections 742.1(c) and 742.1(e)(ii) had violated Section 7 because they were too broad, and had violated Section 15 because they discriminated against Indigenous offenders like Ms. Sharma. The Court of Appeal sentenced her to time already served in jail. The Crown then appealed to the Supreme Court of Canada.

Authoring the judgment for the majority, Justices Russell Brown and Malcolm Rowe (to which Wagner C.J. and Moldaver and Côté JJ. concurred) found Sections 742.1(c) and 742.1(e)(ii) to be constitutional. They said there is no violation of Section 15. The majority noted that although the crisis of Indigenous incarceration is undeniable, the accused did not demonstrate that the challenged provisions created or contributed to a disproportionate impact on Indigenous offenders, compared to non‑Indigenous offenders. She was required to show this disproportionate effect as a first step in the section 15 analysis, which she did not.

They also held that there is no Section 7 Charter violation because the provisions achieve their intended purpose, which is "to enhance consistency in the conditional sentencing regime by making imprisonment the typical punishment for certain serious offences and categories of offences". They added that maximum sentences provide a reasonable indication of the seriousness of an offence, and as such, the provisions do not deprive individuals of their liberty in circumstances that are unconnected to their objective.

Justice Karakatsanis authored a dissenting opinion which was concurred to by Martin, Kasirer and Jamal JJ. They held the impugned provisions to be unconstitutional and accordingly observed,

"Sections 742.1(c) and 742.1(e)(ii) infringe s. 7 because they deprive some individuals of their liberty in a manner that is overbroad: by using maximum sentences as a proxy for the seriousness of an offence, capturing the most and the least serious criminal conduct, they overstep their aim of punishing more serious offences with incarceration. And they infringe s. 15(1) because they impair the remedial effect of s. 718.2(e) — which directs judges to consider alternatives to imprisonment "with particular attention to the circumstances of Aboriginal offenders" — in a manner that creates a distinction on the basis of race, and that reinforces, perpetuates, and exacerbates the historical disadvantages of Indigenous peoples."

Consequently, Ms. Sharma's 18-month prison sentence was restored. Since she has already served her time in prison, no further orders were made for taking her to custody.