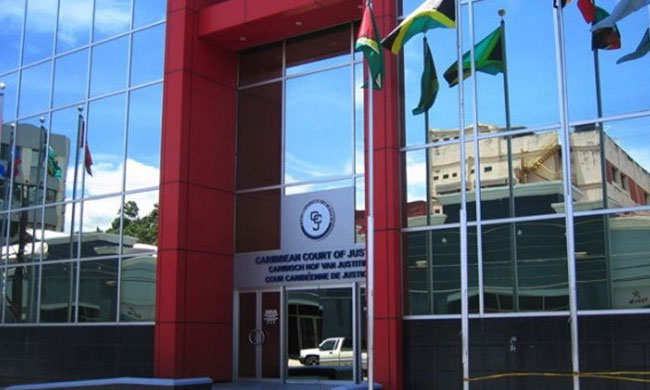 The Caribbean Court of Justice has delivered a significant judgment on defection and no-confidence motion while upholding the fall of government under the David Granger in Guyana.In the present case, a no-confidence motion against President Granger was voted upon by the National Assembly wherein 33 members voted in favour while 32 voted against the motion. One of the members, Mr Persaud,...

The Caribbean Court of Justice has delivered a significant judgment on defection and no-confidence motion while upholding the fall of government under the David Granger in Guyana.

In the present case, a no-confidence motion against President Granger was voted upon by the National Assembly wherein 33 members voted in favour while 32 voted against the motion. One of the members, Mr Persaud, acted against the party whip and voted in favour of the motion. Later, it was pointed out in the petition filed by the Attorney General before the High Court, that during the time of the election he held the Canadian citizenship, and therefore, shall be declared disqualified to be the member of the Assembly.

The Supreme Court was met with an appeal and a counter-appeal pertaining to the no-confidence motion against the incumbent President of Guyana, Mr Granger. It had to rule upon the following issues:

Ruling upon the first issue, the court noted that Article 106(2) and 106(6) give effect to this fundamental principle of responsible or accountable government. The fact that Article 106(6) speaks of "motion of confidence" and not a motion of no confidence is unimportant. It does not affect the operation of the principle. These are mere linguistic differences denoting different sides of the same coin. While holding this distinction between 'confidence' and 'no-confidence' motion inapplicable, the Bench cited the following passage from Basu's book on Indian Constitution:

"Some Constitutions provide for the Government itself seeking a vote of confidence from the popular House of Parliament. It is evident, that if the Government fails to obtain such vote, it would be tantamount to the passing of a vote of no-confidence, and the Government must then resign."

On the second issue, the Attorney General had argued that the phrase 'majority of all elected members' in Article 106(6) refers to at least one half of the Members plus one. The court rejected this claim and held the majority to be '33' by opining that since the Assembly comprises an odd number, there is no need to imply into the Constitution any formula for defining a majority as being "half plus one".

Under the third third issue, the respondents had argued that under Article 155(1)(a) of the Constitution, persons holding dual citizenship are disqualified from being the member of the Assembly. Since Mr Persaud held the Canadian citizenship during his election, he shall be removed from the Assembly and his vote for the impugned no-confidence motion shall not be counted. The court, however, cited the provisions of the National Assembly (Validity of Elections) Act which state that petitions challenging an election must be presented within 28 days after the results of the election out of which the matter in question on the petition arose are published in the Gazette. Since the petition challenging the election of Mr Persaud was not filed within the statutory period, the court could not entertain it at this juncture as doing the same would amount to judicial overreach. The court highlighted that the Constitution recognises that it is Parliament, and not the court under any inherent jurisdiction of the court, that should be at liberty to define the contours of a jurisdiction that peculiarly concerns membership of Parliament.

Guyana's anti-defection law is enshrined in Article 156(3) of the Constitution. Under the fourth issue, the respondents submitted that Article 156(3) imposes a duty on a member elected on a party's List to declare his/her intention that s/he no longer supports the List before voting contrary to the dictates of his/her party. Therefore, a member who deliberately omits to notify the Speaker or the Party Representative of his loss of confidence in the List and who votes against the party thereby ensuring the party's defeat on a motion of confidence "undermines the constitutional system of the proportional representation system and deliberately evades the purpose behind Article 156(3).

The apex court rejected this argument by noting that The Constitution makes no distinction between a member's participation and vote on a motion of confidence and on any other motion. It held that fealty to one's party cannot override sworn allegiance to the Constitution and to the people of Guyana. Members of parliament, should they so decide, and as long as they are willing to pay the political price, are not to be denied the freedom to vote according to the dictates of their conscience even in a proportional representation system.

Finally, under the fifth issue, the court cited Article 165(2) which protects proceedings of the Assembly from being invalidated due to the participation or presence of any person who was not entitled to participate in or be present at those proceedings. The Respondents' case was that Mr Persaud was not entitled to vote on the motion of no confidence because of his disqualification at the time of the 2015 election. However, the court rejected this claim by saying that it does not have jurisdiction to rule upon the disqualification of Mr Prasaud at this point in time, and even if it had the jurisdiction, Article 165(2) would protect his vote from being invalidated.

The court, therefore, rejected all claims challenging the no-confidence motion passed against the incumbent President and upheld the removal of his governments as constitutional.