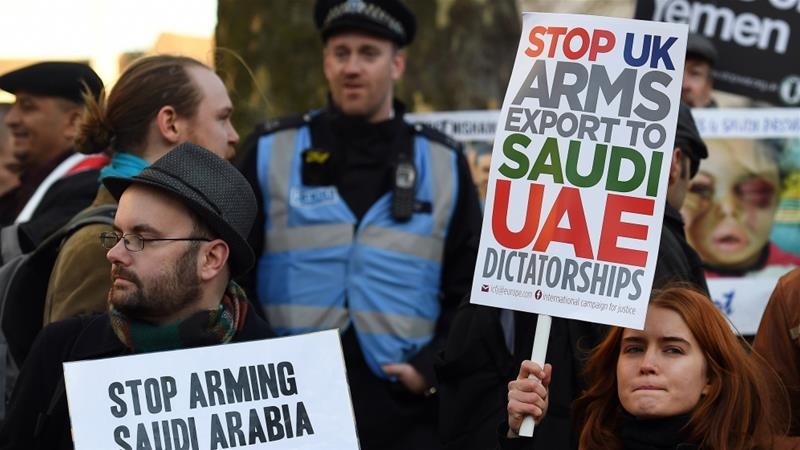 United Kingdom's Court of Appeal has ruled that the government had unlawfully granted export licenses for the sale or transfer of arms and military equipment to Saudi Arabia and has also put a stay on further granting any such license. The Bench has cited the possible use of these weapons by Saudi Arabia in committing violations of International Humanitarian Law during the Yemen crisis as...

United Kingdom's Court of Appeal has ruled that the government had unlawfully granted export licenses for the sale or transfer of arms and military equipment to Saudi Arabia and has also put a stay on further granting any such license. The Bench has cited the possible use of these weapons by Saudi Arabia in committing violations of International Humanitarian Law during the Yemen crisis as a reason to remit the matter back to the Secretary of State to re-take the decisions on the correct legal basis.

In the present case, an appeal was filed by Campaign Against Arms Trade against the Secretary of State for International Trade challenging the lawfulness of the grant by the UK government of export licenses for the sale or transfer of arms or military equipment to the Kingdom of Saudi Arabia, for possible use in the conflict in Yemen. The appellants have claimed that Saudi Arabia has committed indiscriminate or deliberate air strikes against civilians, including air strikes which have used "cluster" munitions, and which have targeted schools and medical facilities. They supported the same by providing reports from the UN, the European Parliament, the Council of the EU, the ICRC, Medecines Sans Frontiers, Amnesty International, Human Rights Watch, Parliamentary committees, and the press, as evidence. Amnesty International, Oxfam and Human Rights Watch were also appointed as Interveners.

The appeal was based on four grounds:

a. Secretary of State's consideration of Saudi Arabia's past and present record of respect for IHL, including whether a pattern of violations could be discerned, was fundamentally deficient

c. Divisional Court had failed to answer the question whether the term "serious violations" of IHL in Criterion 2(c) was synonymous with "grave breaches" of the Geneva Conventions and war crimes under International Law.

The Secretary of State defended the case by citing continuing close engagement with Saudi Arabia, as well as the consistent efforts on the part of the UK, to foster respect and observance of IHL by the Saudi led Coalition and arguing that the UK had considerable insight into the military systems, processes and procedures of Saudi Arabia.

The legal evaluation involved the provisions under the Export Control Act 2002, the Export Control Order 2008 and the Common Position adopted by the Member States of the European Union in December 2008, is in what is known as 'Criterion 2'. These provisions state that the exporting state must consider "the recipient country's attitudes" towards the principles of international humanitarian rights instruments and international human rights law and shall deny the license if there is a clear risk that equipment might be used in the commission of serious violations of IHL.

The court cited Consolidated EU and National Arms Export Licensing Criteria to opine that the country must conduct a clear risk assessment of the record of the importing country before granting the license. This would involve:

Since this was a claim for judicial review, the court was not concerned with the merits of the sale of arms to Saudi Arabia and was only concerned with whether the decision by the government was lawful.

Ruling on the first ground, the court noted that it was significant for the Secretary of State to make an assessment as to whether there was a historic pattern of breaches of IHL on the part of the Coalition, and Saudi Arabia in particular. It opined that Criterion 2c and the User's Guide call specific attention to the question of past violation as a relevant consideration when assessing whether there is a real risk of future violation. In absence of such assessment, Secretary of State could not possibly reach a rational conclusion as to the effect of the training, support and other inputs by the UK, or the effect of any high-level assurances by the Saudi authorities?

The court went on to hold that The government made no concluded assessments of whether the Saudi-led coalition had committed violations of international humanitarian law in the past, during the Yemen conflict, and made no attempt to do so despite there being considerable evidence as to the "attitude" of Saudi Arabia, and their expressed desire to avoid violations of international humanitarian law. However, the court also noted that the Divisional Court did not make any error in interpreting the term 'grave breaches of IHL' and the Secretary of State enjoys a broad area of judgment in assessing how to go about his task in addressing Criterion 2c. Therefore, the claims under the second and fourth grounds were not accepted by the court.

The present decision of the court, however, does not mean that licenses to export arms to Saudi Arabia must immediately be suspended. However, It does mean that the UK government shall reconsider the matter, must make the necessary assessments about past episodes of the violation, considering the fact that, in some cases, it will not be possible to reach a conclusion. The government must then estimate the future risks in light of their conclusions about the past.