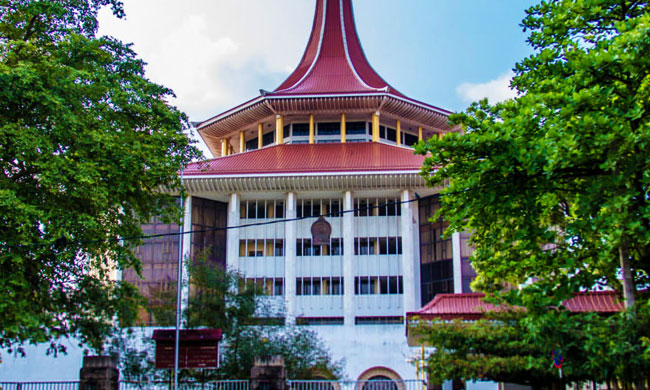 In a notable judgment, the Supreme Court of Sri Lanka directed the Government to pay Rupees One Million as compensation to the wife of a man who was killed by police in a fake encounter."As per Article 13 (4) of the Constitution, no person shall be punished with death or imprisonment except by order of a competent court. Hence even a convicted criminal has a right not to be...

In a notable judgment, the Supreme Court of Sri Lanka directed the Government to pay Rupees One Million as compensation to the wife of a man who was killed by police in a fake encounter.

"As per Article 13 (4) of the Constitution, no person shall be punished with death or imprisonment except by order of a competent court. Hence even a convicted criminal has a right not to be arbitrarily deprived of his life except in accordance with procedure established by law", observed the Court, while allowing the petition filed by the wife of the deceased, Rathnayake Tharanga Lakmali.

The petition concerned the death of one Ranamukage Ajith Prasanna, who died in police custody on September 18, 2010. Alleging that he was shot dead by police officials in custody, the wife moved the Supreme Court in 2010.

The police told the Court that Prasanna was an underworld criminal who was arrested in connection with a murder case.  They submitted that on the 18th of September 2010, the deceased was taken out of the police station at night to recover a weapon hidden in his plantain grove. They claimed that on the way, the deceased had struggled with one police man to snatch his rifle and he was killed as a result of a single shot that went off during the struggle.

But the Court did not accept the police version. The Court wondered why the police took the deceased out without handcuffs and proper security, despite knowing that he was a dreaded criminal.

"According to the material submitted to the Court, it is evident that the Respondents had information to the effect that the deceased was a person from the underworld and was involved in contract killings. It is revealed that he was so dangerous and was kept under special custody. Moreover, on the 17th and 18th noon, the deceased was transported under heavy guard. In light of the aforesaid circumstances, the 1st Respondent has failed to satisfactorily explain why the deceased was taken out at night without handcuffs with only 3 officers and the driver, in a faulty van without a door".

"As described by the Police, the deceased would have been a person involved in grave crimes. If so, the Respondents should have been more careful in handling him. The Respondents have not explained why they allowed a person allegedly involved in criminal activities with the knowledge of handling of firearms, to be without handcuffs close to a police officer with a readily loaded and unprotected (unlocked) weapon. In these circumstances, I find the Respondents' submissions to be highly untenable".

The Court also noted that the post mortem report had recorded ante-mortem injuries in the body, which were caused due to the application of a blunt force.

Although the Sri Lankan Constitution did not expressly provide for right to life, the Court said that Constitution cannot be interpreted in a narrow and pedantic manner.

"The conclusion that the right to life is implicitly recognised in Chapter III of the Constitution is reinforced by International Conventions ratified by Sri Lanka", observed a three judges bench comprising L T B Dehideniya, Murudu N  B Fernando and S Thurairaja.

Allowing the application, the Court said :