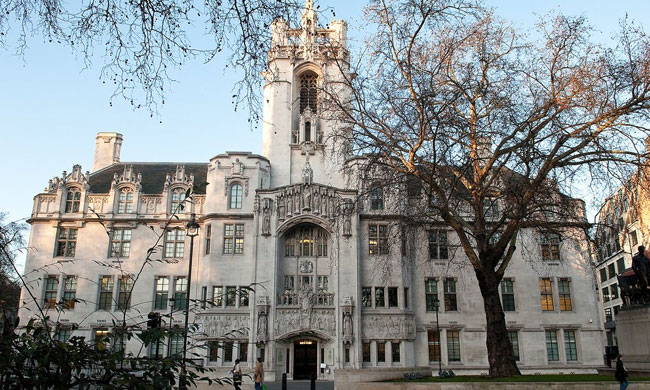 The High Court of England and Wales on Wednesday has given a Judgment in favour of India in a decades old legal battle with Pakistan over funds belonging to Hyderabad's Nizam.In a big relief to the eighth Nizam of the former province of Hyderabad, Mukarram Jah, the Court held that the funds worth 1 million pounds (now 35 million pounds) were sent by the erstwhile Nizam Asaf Jah to Pakistan...

The High Court of England and Wales on Wednesday has given a Judgment in favour of India in a decades old legal battle with Pakistan over funds belonging to Hyderabad's Nizam.

In a big relief to the eighth Nizam of the former province of Hyderabad, Mukarram Jah, the Court held that the funds worth 1 million pounds (now 35 million pounds) were sent by the erstwhile Nizam Asaf Jah to Pakistan for "trust for safekeeping" and that their ownership vested in the Nizam himself.

At the time of Partition in 1947, Asaf Jah had sent the said funds to the then Pakistan High Commissioner for London for safekeeping of independent princely state of Hyderabad, in case of invasion from India. Subsequently, however, the Nizam claimed that he had not authorized the transfer and sought the return of the amount.

Nevertheless, the request came to be denied by the NatWest Bank at UK, where the funds were kept, which said that the fund could be released only on an express agreement of Pakistan, which held the legal title to the funds.

Consequently, the Nizam, whose the claim was backed by the Indian govt., took legal recourse and issued proceedings against the bank, which ultimately failed due to Pakistan's sovereign immunity. However, this obstacle was removed in 2013 when Pakistan claimed ownership of the fund and submitted a claim, thereby waiving its sovereign immunity.

The matter was hence placed before the High Court of Justice Business and Property Courts of England and Wales.

The Nizam mainly based his case on the contention that the Fund was held on trust. As an alternative to this submission however, he made a claim in restitution against both Pakistan and the Bank. He contended that the Transfer was unauthorized and that this lack of authority provided the basis for a claim in restitution or unjust enrichment.

Pakistan on the other hand claimed absolute ownership of the funds stating that the funds were to indemnify Pakistan in connection with assistance it had provided to Hyderabad which had assisted Hyderabad by procuring/facilitating the supply and/or transportation of weapons via Pakistan to Hyderabad, in support of Hyderabad's attempts at self-defence against Indian aggression.

Interestingly, the money which had been frozen until the final order now amounts to 35 million pounds.

During the proceedings, Pakistan also contested the Nizam's claim on two broad grounds:

Firstly, it submitted that the facts of the case were such as to render it non-justiciable.

"The Transfer, together with the other financial dealings between the State of Hyderabad and Pakistan prior to the Transfer, were transactions of a governmental nature engaged in by two sovereign states in a political context. The non-justiciability and/or foreign act of State doctrine applies to such transactions, so that the Court will decline or abstain from exercising jurisdiction in relation to the subject-matter of these proceedings," it said.

Secondly it contended that India's invasion of Hyderabad was an unlawful act, with reference to the UN Charter, the Indian Independence Act 1947 and the Standstill Agreement between India and Hyderabad. Thus, the Princes and India were precluded from maintaining their claims.

The matter was placed before Justice Marcus Smith, who assessed the statements of Witness of facts, documentary evidence and expert opinions. Based on these, he concluded that that Nizam VII was beneficially entitled to the Fund and those claiming in right of Nizam VII – the Princes and India – are entitled to have the sum paid out to their order.

(1) First, India is indeed correct in her assertion that the question of illegality is "analytically irrelevant" to the claim to the Fund advanced by India.

(3) Thirdly, there is no illegality alleged that is sufficient to cause this Court to prevent the Princes and India – specifically, India – from asserting her claim to the Fund.