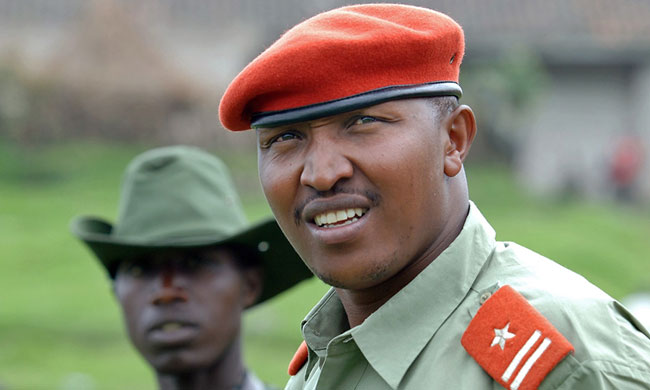 The Trial Chamber of International Criminal Court has convicted Bosco Ntaganda of committing various forms of war crimes and crimes against humanity. Infamously known as 'The Terminator', Ntaganda is held liable for good actions as a leader of a militant wing (UPC) in Democratic Republic of Congo during the period 2002-2003.

The Trial Chamber was hearing the case on situation in DRC wherein Ntaganda was charged with 18 counts of war crimes and crimes against humanity which included murder, rape, conscription of child soldiers, forced displacement, sexual slavery, persecution, etc. While appreciating the evidence of persons who were conscripted as child soldiers, the court did consider the fact that some witnesses were very young at the time of the events and/or suffered trauma and therefore may have had particular difficulties in providing a fully consistent, complete, and logical account.

The Trial Chamber noted that Ntaganda led UPC's conduct against the civilian population was not the result of an uncoordinated and spontaneous decision of individual soldiers on the ground, but was the intended outcome of a preconceived strategy and that Ntaganda and other military leaders including Thomas Lubanga and Floribert Kisembo, worked together and agreed on the common plan to drive out all Lendu from the localities targeted duriat the Lendu could not return to the villages that were attacked. This involved the targeting of civilian individuals by way of acts of killing and raping, as well as the targeting of their public and private properties, through acts of appropriation and destruction.

In order to establish direct perpetration, the Chamber noted that with his own actions, Ntaganda showed his troops how the orders were to be implemented with regard to the treatment of Lendu civilians. Moreover, Ntaganda ordered their troops to engage in conduct that resulted in the displacement of a significant part of the civilian population. The population was shot at while trying to flee. The Chamber also took into consideration evidence produced to show conscription of children below 15 years of age to carry out armed attacks, and subjection of women to rape and sexual slavery

The Trial Chamber found that in relation to each of the 18 counts, at least part of the charges were proven beyond reasonable doubt, and it will therefore enter convictions for the related crimes. However, the Chamber has not been able to make findings on a number of alleged incidents. It also found that certain established facts cannot be legally characterised as crimes under the Statute. While convicting him of various forms of war crimes and crimes against humanity the Chamber noted that Ntaganda's principal liability to have been established for each of the counts charged, it does not consider it appropriate nor necessary, to make any further findings on the other confirmed modes of liability. The court has now asked both the parties to forward submissions for the hearing on sentencing.