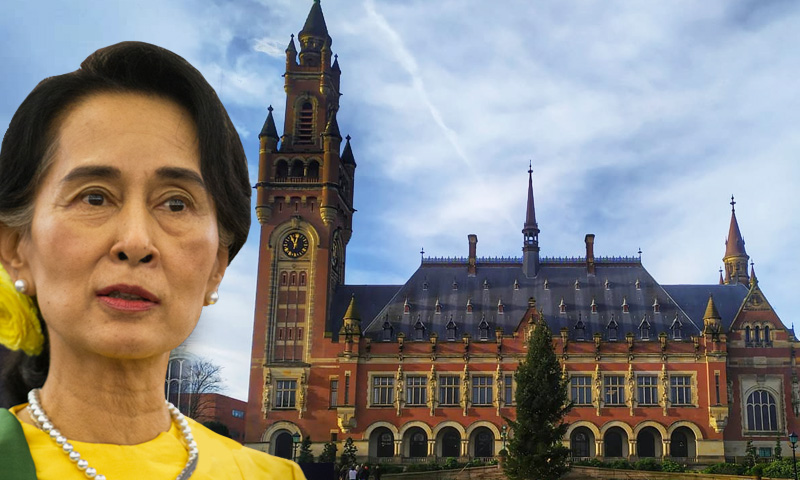 The International Court of Justice on Thursday ruled that it has prima facie jurisdiction to adjudicate on the allegations of acts of genocide committed against Rohingya Muslims in Myanmar.The ICJ said this in a case brought by The Gambia against Myanmar invoking the 1948 Genocide Convention.The Court said that any State party can invoke the jurisdiction under the Convention even though it is...

The International Court of Justice on Thursday ruled that it has prima facie jurisdiction to adjudicate on the allegations of acts of genocide committed against Rohingya Muslims in Myanmar.

The ICJ said this in a case brought by The Gambia against Myanmar invoking the 1948 Genocide Convention.

The Court said that any State party can invoke the jurisdiction under the Convention even though it is not specially affected by alleged genocidal acts. This is because of the 'erga omnes' (universal) nature of obligations under the Genocide convention.

Myanmar raised a preliminary objection against jurisdiction stating that no dispute under Article IX of Genocide Convention was involved in the case. Overruling this, the ICJ held :

The 17-member bench, including one judge from Myanmar and Gambia each, unanimously held that Rohingyas were a "protected group" under the Convention.

"In the Court's view, the Rohingya in Myanmar appear to constitute a protected group within the meaning of Article II of the Genocide Convention", said the Court in a 28-page judgment.

Quoting from the reports of International Fact-Finding Mission, the Court said that there was prima facie material showing that Rohingyas faced systemic violence and oppression. Since October 2016, Rohingya were subjected to acts of violence affecting their right to exist as a protected group under the Genocide convention.

The Court also noted that the UN General Assembly had expressed concern that "in spite of the fact that Rohingya Muslims lived in Myanmar for generations prior to the independence of Myanmar, they were made stateless by the enactment of the 1982 Citizenship Law and were eventually disenfranchised, in 2015, from the electoral process".

The Court noted that Myanmar has not presented to the Court concrete measures aimed specifically at recognizing and ensuring the right of the Rohingya to exist as a protected group under the Genocide Convention.

The court found that there was prima facie evidence to believe that the estimated 600,000 Rohingya remaining in Myanmar are "extremely vulnerable" to violence at the hands of the military.

The Court ruled that a fit case was made out for ordering provisional measures to avoid "irreparable prejudice" to Rohingyas, who continued to be vulnerable.

Bearing in mind the duties under Genocide Convention, Myanmar must take all measures within its powers to prevent the commission of all Genocidal acts against Rohingyas, the ICJ ordered.

It must take take all measures within its power to prevent the commission of all acts within the scope of Article II of the Convention, in particular: (a) killing members of the group; (b) causing serious bodily or mental harm to the members of the group; (c) deliberately inflicting on the group conditions of life calculated to bring about its physical destruction in whole or in part; and (d) imposing measures intended to prevent births within the group.

Myanmar must ensure that its military and any other armed groups under the State do not commit acts of genocide, conspiracy to commit genocide, public incitement to genocide against Rohingyas.

Myanmar must take effect steps to prevent destruction of evidence in relation to the alleged genocidal acts committed against Rohingyas and to preserve the same. It must submit periodic reports to indicate compliance of the provisional measures ordered by the ICJ.

The Court said that the order on provisional measures will create international binding obligations.

The Court has also clarified that these are provisional measures, and that the same cannot be regarded as final opinion on the merits of the case.