The Indian Connection With Pak Decision To Live-Stream Court Proceedings 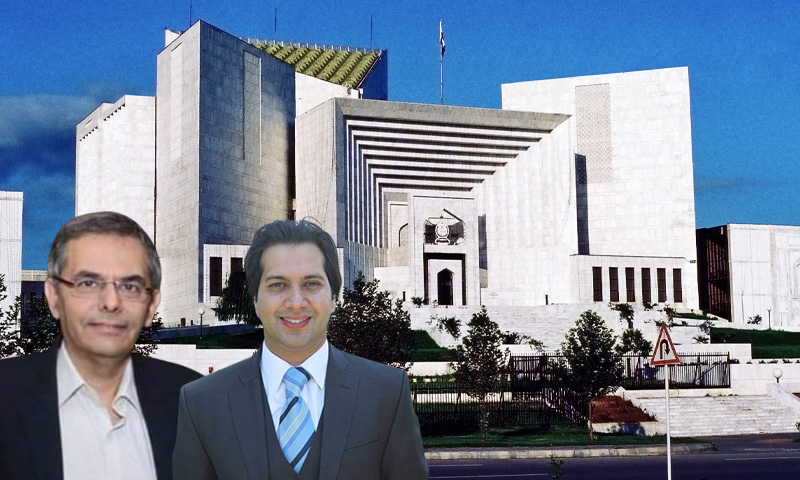 The Islamabad High Court (IHC) in Pakistan has decided to live-stream its proceedings for the first time in the country's history. Notably, this significant development has a slight connection with Mumbai, an Indian city located 1,643 kilometres away. Barrister Ummar Ziauddin, who had petitioned the IHC for live streaming, has never visited Mumbai, but he has been exchanging...

The Islamabad High Court (IHC) in Pakistan has decided to live-stream its proceedings for the first time in the country's history. Notably, this significant development has a slight connection with Mumbai, an Indian city located 1,643 kilometres away.

Barrister Ummar Ziauddin, who had petitioned the IHC for live streaming, has never visited Mumbai, but he has been exchanging notes with Advocate Jamshed Mistry, a practising advocate at the Bombay High Court.

Their passion for contributing towards their respective justice delivery systems through technological intervention traverses beyond borders, religious and political conflicts that divide the two nations.

On April 23, 2022, nearly two years after Ziauddin filed his petition before a coordinate bench of the IHC, Chief Justice Athar Minallah took cognisance of the issue on the administrative side and constituted an e-committee of various stakeholders comprising High Court judges, bar associations and media.

Ziauddin says that the CJ watched the live streaming of court proceedings at the Gujarat High Court during the consultation stage. He added that his research included documents and orders of the Supreme Court of India and the rules on live streaming which were recently notified in Karnataka, which were shared with him by Mistry.

"Happy to share this with you that Islamabad HC has started in a staggered matter live streaming of certain matters. This is our YouTube channel. Congratulations to you sir and thank you for guiding me all along," Ziauddin said in a message to Mistry.

Meanwhile, a few High Courts have started live-streaming proceedings. Recently, the proceedings in the Hijab issue before a full bench of the Karnataka High Court were live-streamed after the state notified rules on the same.

Mistry's client was an intervenor in the Supreme Court proceedings and another petitioner before the Karnataka High Court for live streaming and legal transcriptions (a verbatim record of what was argued in court). Mistry says he was inspired to take up the issue during his visits to Canada as an associate member of the Bar there.

Ziauddin and Mistry were connected through Advocate Rafael Pareira, also based out of Mumbai. Pareira and barrister Ziauddin studied together at UC Berkeley.

"He (Mistry) walked me through whatever was going on in India," Ziauddin said.

According to Article 9 of the Constitution of the Islamic Republic of Pakistan, 1973, 'access to justice' has been recognized as one of the fundamental rights. This right includes the right to be treated according to law…" [PLD 2013 SC 501].

"That the right of access to justice goes hand in hand with the right to receive information, which is a separate, inalienable right of every citizen under Article 19A of the Constitution. No person can be heard to plead ignorance of the law, which creates a corresponding obligation upon the State to spread awareness and educate the public as to the periodic developments in the law, its applicability, and its interpretation by the courts of law."

Ziauddin also cited examples of transcriptions and live streaming in the High Court of Australia, United Kingdom, Brazil, Canada and China. He, therefore, sought a declaration that live streaming was in the public interest and access to court transcripts a fundamental right.

The advocate clarified that there were virtual hearings in Pakistan during the lockdown, but they were never live-streamed for the public.

Mistry recalls that several courts have fined litigants while dismissing their pleas for live streaming of court proceedings. However, he also talks about how seamlessly other countries engage in live transcription and streaming of proceedings.

Regarding legal transcripts, Mistry said he was pleasantly surprised to find them being a part of an order in the 1908 historic trial of Bal Gangadhar Tilak. The trial was conducted in Central Courtroom No 46 of the Bombay High Court wherein Tilak was represented by Advocate Muhammad Ali Jinnah, a rookie back then and five years away from joining the Muslim league.

The advocate says he went researching for the judgment, after reading Tilak's words inscribed on the pristine white marble plaque outside the courtroom, which read,

"In spite of the verdict of the Jury, I maintain that I am innocent. There are higher powers that rule the destiny of men and nations and it may be the will of providence that the cause which I represent may prosper more by my suffering than my remaining free."