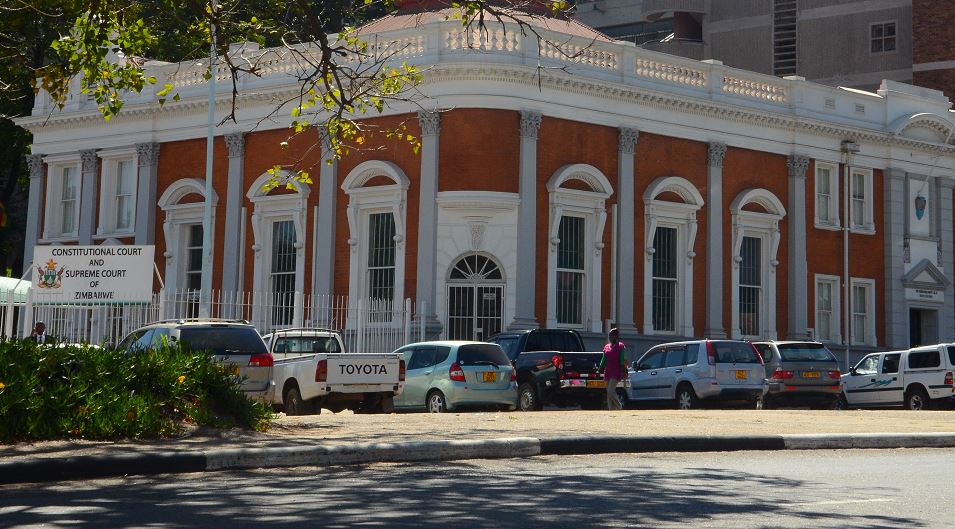 x
"A deliberate and systemic assault with a cane on the buttocks of an individual, inflicted by strangers as a form of punishment authorised by a judicial tribunal, is inherently a demeaning invasion on the inherent dignity of the person punished."

No juvenile offender will receive 'moderate corporal punishment' in Zimbabwe as its Constitutional Court has held that such punishments are unconstitutional.

A nine judge bench of the Constitutional Court headed by its Chief Justice Chidyausiku, unanimously held that the Section 353 of the Criminal Procedure and Evidence Act which authorizes the imposition of a sentence of moderate corporal punishment on a male person under the age of eighteen years, who is convicted of any offence, is constitutionally invalid.

In 1989, the Supreme Court had held that moderate corporal punishment inflicted on a male juvenile in execution of a sentence for any offence of which he had been convicted was an inhuman and degrading punishment within the meaning of s 15(1) of the former Constitution.

In 1990, the legislature brought an amendment [section 15(3)(b)] to the effect that no moderate corporal punishment inflicted in execution of the judgment or order of a court, upon a male person under the age of eighteen years as a penalty for breach of any law; shall be held to be in contravention of subsection (1) on the ground that it is inhuman or degrading. The same year, Section 353 of the Act was introduced, authorizing the imposition of a sentence of moderate corporal punishment not exceeding six strokes on a male juvenile convicted of any offence.

The new Constitution, which came into effect on 22 May 2013, does not have a provision similar to section 15(3)(b) of the former Constitution. However, Section 53, like s 15(1) of the old Constitution, enshrines the protection of the fundamental right of any person not to be subjected to physical or psychological torture or to cruel, inhuman or degrading treatment or punishment.

In September 2014, a fifteen years old boy convicted of the offence of rape committed on a girl aged fourteen years, was sentenced by a Regional Magistrate's Court to receive moderate corporal punishment of three strokes with a rattan cane. He then challenged the constitutionality of Section 353 of the Criminal Procedure and Evidence Act before the High Court. The High Court declared that the said section is constitutionally invalid on the ground that it contravenes s 53 of the Constitution of Zimbabwe. The state challenged the High Court order before the Supreme Court.

The nine judge bench of the Supreme Court considered these issues:

The state argued that the precautionary measures required by the Regulations to be taken before and during the administration of the sentence of moderate corporal punishment take it out of the category of inhuman and degrading punishments. It justified it by contending that judicial corporal punishment protects male juveniles convicted of crimes from going to prison. Another argument was that a male juvenile offender reacts to the infliction of corporal punishment on him in a manner different from that of an adult offender.

Each of these contentions was rejected by the Court in its judgment authored by Deputy Chief Justice Malaba, by observing thus:

"One cannot simply wish away the fact that judicial corporal punishment is what it is because it involves the use of institutionalized violence to inflict acute physical and mental pain and suffering on the person being punished. The punishment remains an invasion on human dignity.

The contention that judicial corporal punishment saves a male juvenile offender from imprisonment does not show that the punishment does not amount to inhuman or degrading punishment. It is a fallacious argument. The use of unauthorized means cannot be justified on the basis of the legitimate objective sought to be achieved.

A deliberate and systemic assault with a cane on the buttocks of an individual, inflicted by strangers as a form of punishment authorised by a judicial tribunal, is inherently a demeaning invasion on the inherent dignity of the person punished. It must in the circumstances be degrading and inhuman. It does not become less so because a juvenile might conceivably recover from such assault on his inherent dignity sooner than an adult might in similar circumstances."

The bench concluded that judicial corporal punishment does amount to inhuman or degrading punishment without at the same time condoning violation by the State of its obligation to respect and protect the male juvenile offenders right to respect for human dignity.