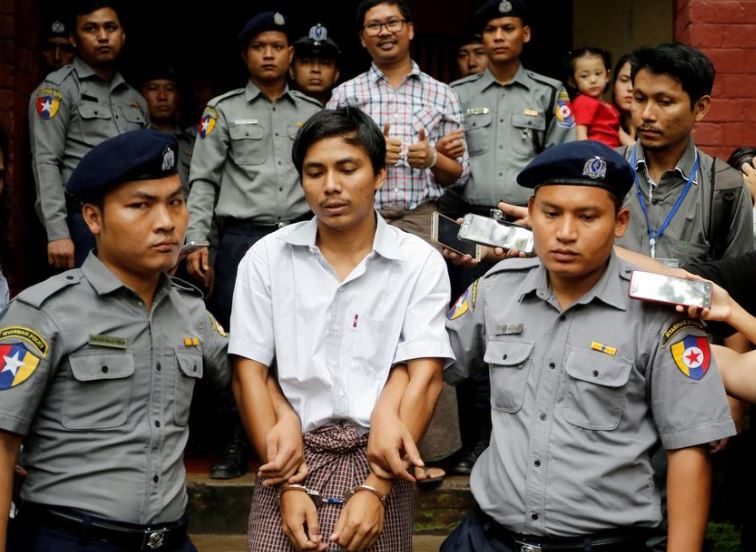 The Supreme Court of Myanmar has dismissed the appeals of two Journalists sentenced to seven years in jail for violating the Official Secrets Act, the Reuters reported.

The reporters working with Reuters, Wa Lone and Kyaw Soe Oo, who will have to serve seven years imprisonment now, were the winners of the 2019 Pulitzer Prize Winner in International reporting. The award was 'for their work in exposing the military units and Buddhist villagers responsible for the systematic expulsion and murder of Rohingya Muslims from Myanmar.'

According to Reuters, the dismissal of appeal was unreasoned. The Supreme Court Justice Soe Naing only said: "They were sentenced for seven years and this decision stands, and the appeal is rejected,"

Earlier this year, the Yangon Regional High Court had rejected their first appeals in January, saying the reporters' actions 'showed intent to harm the country'.

The journalists were arrested after they had dinner with and received documents from two police officers in the commercial capital of Yangon. They were charged under the Official Secrets Act for possessing the documents, which authorities later claimed were sensitive to national security. The Trial court held them guilty in September, last year.