[No 'Honour' In Honour Killng] 'Extremism And Violence Has Permeated Through Pakistani Society; Need To Discourage Crime Against Women': Pakistan SC 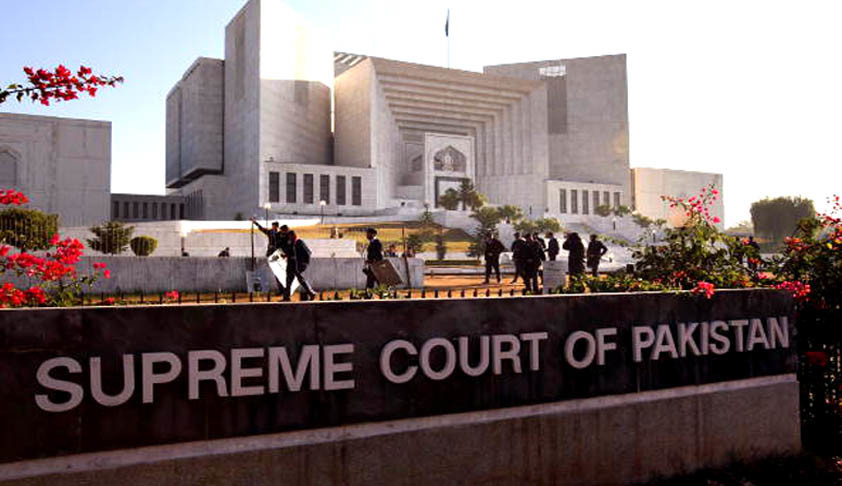 The Supreme Court of Pakistan on Monday (24-August-2020) observed that extremism and violence has permeated through Pakistani society and it has been brutalized. Not enough is done to ensure that crimes against women do not take place.The court further opined,"Respect and language play an important role to bring about a positive change in society and using terminology such as 'Ghairat' or...

The Supreme Court of Pakistan on Monday (24-August-2020) observed that extremism and violence has permeated through Pakistani society and it has been brutalized. Not enough is done to ensure that crimes against women do not take place.

"Respect and language play an important role to bring about a positive change in society and using terminology such as 'Ghairat' or honour is not helpful."

A 2 judge bench of the Supreme Court of Pakistan, comprising Justices Qazi Faez Isa and Sardar Tariq Masood opined that "the killing of women in the name of honour had never been an honourable practice and that such murders should not be categorised as honour killings."

The Background of the Case

Mohammad Abbas (the petitioner) was awarded death sentence by a Sessions judge in Nankana for the murder of his wife (Saima Bibi); however, the Lahore High Court reduced his sentence of death to one of imprisonment for life.

He then came to the Supreme Court of Pakistan, whereby his jail appeal against the Sept 8, 2015 verdict of the Lahore High Court in the murder case of his wife was heard.

In other words, the 2005 proviso was replaced by another proviso in the year 2016, which when read with the definition of 'fasad-fil-arz' reiterated that killing in the name or under the pretext of honour cannot be brought within the ambit of section 302 (c) of PPC.

The proviso to section 302 (c) PPC had been inserted to attend to the menace of 'Honour killings'. The 'Statement of Objects and Reasons' introducing the Bill noted and was concerned with a large number of honour killings in Pakistan and the need to address, 'the loopholes and lacunae in the existing laws is essential in order to prevent these crimes from being repeatedly committed.

In effect, it was aimed that in the cases of honour killing, only two forms of punishment should be available for the Courts to award to the accused, first being 'death sentence' and second being 'imprisonment for life'.

The crime in this case was committed in the year 2011, at a time when the 2005 proviso existed.

"The murder committed by the petitioner, which he stated he had committed in the name of honour (Ghairat), cannot be brought within the ambit of section 302 (c) PPC, even if any of the Exceptions to the erstwhile section 300 PPC were attracted."

The Observations of the Court and the Final Verdict

'Adultery: Not a justification to kill'

The Bench was of the view that for Muslims, the Holy Qur'an is the word of God. Killing a person is abhorrent and a grave sin. The Court further remarked,

"The Holy Qur'an also does not mandate the punishment of death for the offence of adultery. If the petitioner suspected his wife of infidelity he should have followed the path prescribed by the Holy Qur'an and the law of Pakistan to resolve the matter."

The Court further opined that the petitioner, who professes to be a Muslim did not follow the methodology commanded by Almighty Allah and the law of Pakistan to resolve his suspicions about his wife.

The Bench was of the opinion that the petitioner couched his criminal and un-Islamic conduct by stating that he became enraged to see his wife in the company of a man and on account of his 'Ghairat', he killed her.

"Almighty Allah loves those who amongst others restrain their anger. To become enraged is not an admirable trait nor is Ghairat. The word 'Ghairat' nor the Arabic 'Ghairatun' is used in the Holy Qur'an. The Holy Qur'an also does not permit killing on the ground of adultery, let alone on the ground of Ghairat (Ghairatun in Arabic), nor prescribes a lesser punishment for such killings. The law of Pakistan also does not permit this." (emphasis supplied)

"The woman or the girl who is killed in the name or pretext of honour has no chance to redeem her honour. She is deprived of both her life and reputation," the bench further opined. (emphasis supplied)

Notably, while talking about the rising cases of Honour Killings in Pakistan, the court remarked,

"Pakistan has one of the highest, if not the highest per capita honour killings in the world and predominantly the victims are women. By stating that murder was committed on the pretext of Ghairat (honour) the murderer hopes to provide some justification for the crime. It may also elevate the murderer's social status with those not familiar with what Almighty Allah Commands in the Holy Qur'an. This is unfortunate, more so because there is no honour in such killings. Parliament was rightly concerned with the prevalence of such killings and enacted legislation to dissuade, if not stop such crimes." (emphasis supplied)

The court was of the view that it needs to be restated that killing is never honourable. And, murder should not be categorized as such. It will help deter such killings if the term 'Ghairat' is not used to describe them.

In this context, the court said,

"It is also inaccurate to translate 'Ghairat' into English as honour. The word 'Ghairat' does not have an exact English equivalent. A more accurate translation of the trait of 'Ghairat' would be 'arrogance' and the one with such trait is an 'arrogant' person." (emphasis supplied)

The court acknowledged the importance of the principle contained in the Article 35 of the Constitution of the Islamic Republic of Pakistan- 'The State shall protect the marriage, the family, the mother and the child'.

"When women and girls are not protected but rather killed in the name or on the pretext of honour the family is destroyed."

Lastly, taking into account the ideals set out under the Constitution, the Court said,

"The Constitution mandates that 'tolerance and social justice, as enunciated by Islam, shall be fully observed' Almighty Allah commends humility, loves kindness and calls upon his slaves to overlook human faults and cultivate gracious forgiveness. One of the Principles of Policy set out in the Constitution requires that, Steps shall be taken to ensure full participation of women in all spheres of national life." (emphasis supplied)