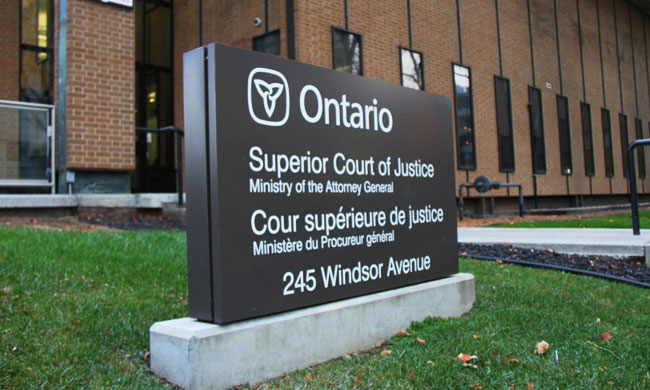 Emphasizing that forced sexual act contrary to the agreed terms of parties cannot be regarded as consensual, the Superior Court of Ontario, Canada held a man guilty of sexual assault for indulging in sex without condom in violation of the terms with the woman.The complainant-woman and the man had met through an online dating app. The woman agreed to have sex with him on two conditions. First,...

Emphasizing that forced sexual act contrary to the agreed terms of parties cannot be regarded as consensual, the Superior Court of Ontario, Canada held a man guilty of sexual assault for indulging in sex without condom in violation of the terms with the woman.

The complainant-woman and the man had met through an online dating app. The woman agreed to have sex with him on two conditions. First, a condom was a must and second, "no means no".

Though the man agreed to the terms, he violated them by forcibly penetrating her without wearing condom, alleged the woman.

The man denied the allegations saying that it was she who initiated the sexual act without insisting on using the contraceptive.

From the totality of circumstances, the Court chose to accept the complainant's version of events.

"it is improbable that she would have risked pregnancy by agreeing to sex without a condom, particularly with a stranger. Her evidence is also consistent with her attendance at the hospital the following day for a pregnancy test, STI tests and a sexual assault kit", observed Justice Nathalie Champagne.

Justice Champagne further observed that " The complainant delivered her evidence without much emotion and without hesitation, in a straightforward manner. Her evidence was not shaken in cross-examination".

On the other hand, the man was found to have prevaricated in his statements at different stages. At one stage he said the woman started the sexual activity without condom; later he said that he had asked the permission of woman before refraining from using condom.

" In my view, sex without a condom is a qualitatively different act than sex with a condom and the complainant's consent was withdrawn when Mr. Rivera penetrated her without a condom without her overt agreement. When a condom is used as a form of birth control or to prevent sexually transmitted infections, its use provides participants with a sense of security. The non-use of a condom against a participant's wishes not only usurps that individuals sexual autonomy and right to make decisions about how she/he/they engage in sexual activity, it is an activity against that person's will, fraught with the gamit of emotions resulting from an assault", asserted the Court.

The Court went on to add that the consent was vitiated due to "fraud" played by the man.

"Mr. Rivera lead the complainant to believe he would wear a condom as he had previously agreed to do so and at the last minute he penetrated her without a condom telling her it would be ok. I find his failure to wear a condom increased the complainant's risk of pregnancy and constitutes a significant risk of bodily harm as set out in Hutchinson. Her consent was therefore vitiated by this action", it said in conclusion.

Significantly, the Court refused to draw any adverse inference against the complainant based on the man's statement that they had small talk after the act.

"I draw no adverse inference from the fact that the complainant made small talk with Mr. Rivera after their encounter or that she took a few days to consider whether or not to contact police; it would be inappropriate for me to do so and would invoke myths and stereotypes about how victims of sexual assault should act. It stands to reason that a complainant might make small talk to keep things calm and avoid unwanted contact and it would not be unreasonable for a complainant to take some time to consider whether or not to proceed with a complaint given the stress and scrutiny of intimate details of ones' life involved in the criminal court process", it said.